I'm going to let you all behind the curtain a bit. Sometimes, reviewing sushi restaurants can be a bit mundane. I have a day job that occupies most of my time, there's Mrs. Sushi Legend to hang out with, and I love fantasy sports and watching (read: pretending I could be on) Jeopardy. Given that, sushi sometimes can take a back seat. That said, to quote Madonna, "Don't cry for me argentina" - I love sushi and this blog, but I'm always going to gravitate towards a restaurant that can show me something new. For me, Cagen was that restaurant when I visited it a few weeks back.

Located in the east village, Cagen immediately ticked all "first impression" boxes. Not only is it tucked away in the basement of a residential building, but it's small; i counted two tables in addition to the 12 seats at the beautiful sushi bar.

The restaurant is the brainchild of Chef Toshio Tomito , a man who used to apprentice under Nobu Matsuhisa on the Iron Chef. It's been open for 18 months, but judging by the lack of traffic on the Thursday night that I went, Cagen has yet to  fully break through into the New York City sushi and restaurant scene. The feedback I got on instagram and Yelp seem to back that up - for whatever reason, Cagen is just not there​ yet.

The food certainly isn't the root cause - it ranges from good to great. I ordered the Omakase, which in actuality is more of a Kaiseki since it's mainly non-sushi dishes. Part of the omakase included the sashimi platter (pictured bottom right), which is the dish that Pete Wells raved over when he reviewed Cagen for the New York Times. This dish spoke to me because of the sheer variety of fish that featured. Ever had (blank) before? What about (blank)? For me, the highlight was the (blank), but no matter - all were completely new to me. And that's saying something. From speaking with the sous chef, all fish is flown in from around the world and allowed to ripen prior to serving. The result is a series of incredible dishes, which included two pieces of nigiri (Chu-Toro and Akami) above.

As great as the fish is, the problems begin to surface when the non-sushi dishes come out (and there are plenty). Soba Noodles - ground by hand by Chef Tomito every two days - are unique, but ultimately absent of strong taste. Other dishes, like the beef or the broth are interesting, but overshadowed by unnecessary aspects on the plate.

The Atmosphere is inviting, but loses a little luster with how the lack of other human beings. My main server also seemed incapable of explaining the dishes that I was being served, a problem that stemmed from the top; unfortunately, Chef was one of the least engaging sushi chefs that I've come across during my numerous travels. I have no designs on any level of self-importance - I realize that sushi chefs are often occupied or more focused on their food, and that's fine. But in this case, Chef was mainly focused on the two Japanese customers to my left and his glass of wine, which certainly lessened my enjoyment (and increased my Instagram viewing).

Fortunately, the sous chef was very friendly, and more than able to explain what I was eating. He couldn't do the same for the table near the window, who repeatedly (and loudly) asked their server if the menu featured any Kale. That's right...Kale.

I enjoyed my Cagen experience, but I can see why others are reluctant to visit when such a small sushi bar is lacking on the experience and their omakase offerings. That said, I've heard from them recently that they plan on introducing a "sushi-only omakase", which I would certainly recommend. The fish - and the preparation of the sushi - is too good to completely discount this visual restaurant. Recommended.

So here's the thing about Cagen....they have some of the most unique fish that I've ever had. 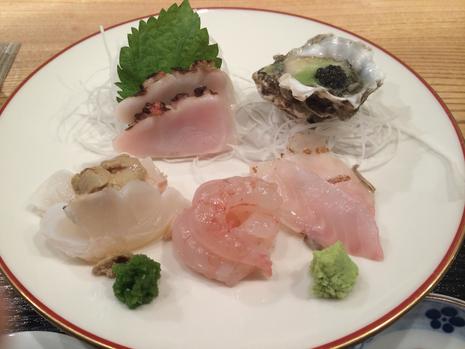 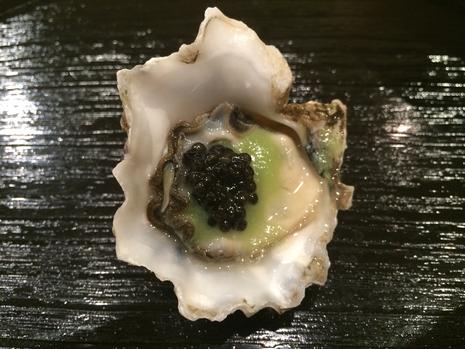 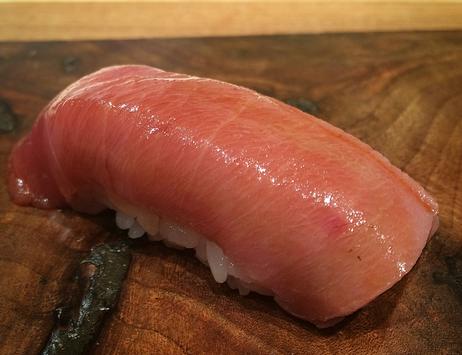 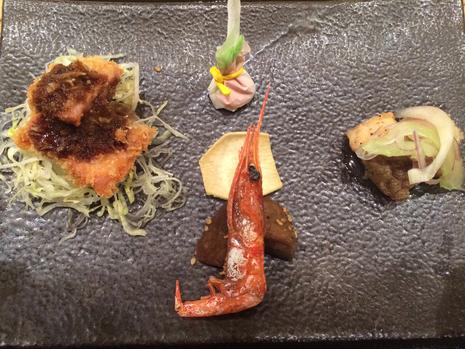 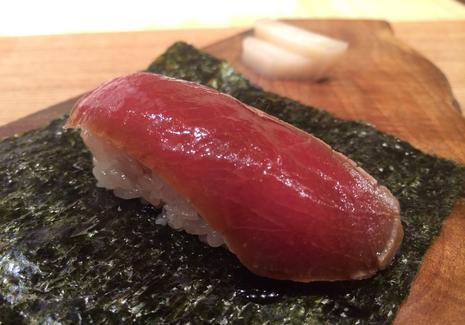