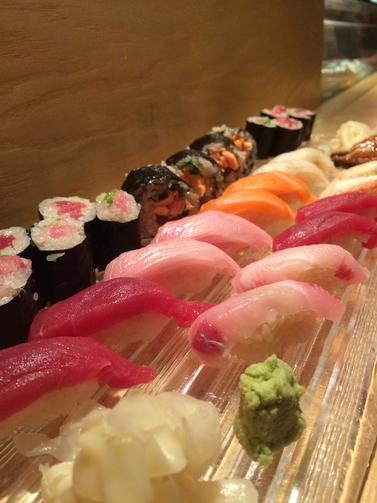 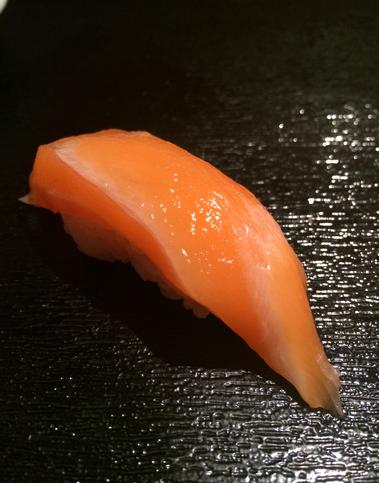 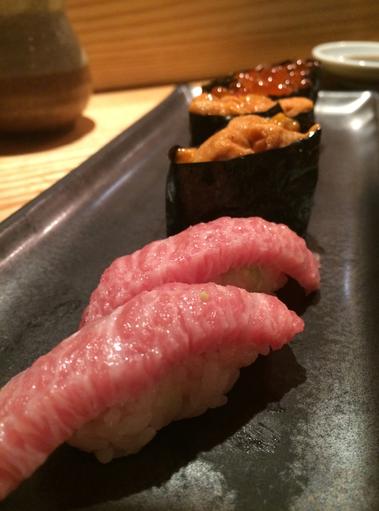 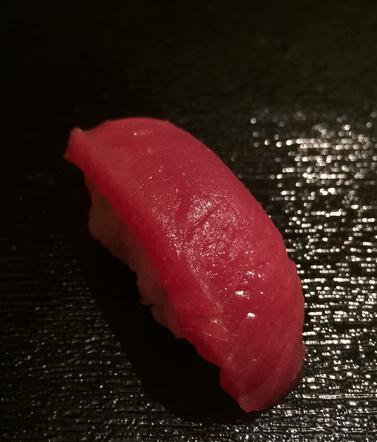 We all have neighborhood joints that are part of what I like to call our "food fabric" (alright fine, I just made that up). You know what I'm talking about: the restaurant that you can go to at a moment's notice, where the food is pretty good, reservations aren't difficult, maybe the host knows your name, and consistency is the most popular dish on the menu (metaphors are free).
Hasaki is one of those restaurants. Located in the east village of Manhattan a block north of the infamous St. Marks, it can be found down the stairs from a lamppost decorated in Japanese imagery. Hasaki is well-known; though you won't find any star chefs here, you will find standard customers. That makes the poor behaviour of the staff and hosts a bit more forgiveable - they simply feel threatened by a first time visitor (and yes I'm aware that makes zero sense).On one occasion, I phoned ahead and was told to come in, only to show up and be turned away as the restaurant was full. On another, the restaurant inexplicably sat a single patron at the sushi bar in a middle seat - and refused to ask that customer to move..
The Food
"Stop being a prima donna" I can hear being shouted at me on every social media outlet. And that's fair. But what isn't fair is the way that the salmon on my nigiri was cut (see: picture on the right). Notice anything? Perhaps why it looks so funky? That's because the itamae (Sushi chef) has decided to cut against the marbling lines. (or is it diagonally adjacent?) Just as weird? Do you notice the gray tinges to the bottom part of the fish? That's remnants of skin, and is what you get when you come closer to the flat part of a salmon cut.
The Atmosphere
The atmosphere at Hasaki is as you'd expect; a touch dated, maybe a bit cramped, but clean and inviting. It's a shame that the staff weren't the same (the sushi chef and waiters said between 0 and 5 words to me after I ordered), but it's about par for the course in the St. Marks area, where everyone seems to be a bit rough around the edges.
Final Verdict
​Hasaki - to quote a great philosopher whose name I have no clue about - "is what it is". It's better than neighbor Sharaku, but that's not really saying much. Take your family there for toro and some fancy nigiri that won't break the bank, but at least has a 50% chance of being cut properly.
​Recommended.

So here's the thing about Hasaki...it's dated. But there's a reason it's so busy...