So here's the thing about Ichimura....there's no better sushi experience in New York City.

There is not much else to say about Ichimura that hasn't already been said. Before September 25, 2012, Chef Eji Ichimura's 8 seat spot hid in relative anonymity within David Bouley's Brushstroke restaurant. Then Pete Wells gave Ichimura 3 stars in the New York Times and reservations became more difficult than finding a cyclist who stops at a red light.  I was fortunate to get a last minute reservation at one of the 8 spots at the sushi bar for the second seating, and was extremely surprised that Ichimura lived up to the hype.

If you've read the "Essentials" part of this website, you'll know that one of my favourite hallmarks of a great sushi restaurant is remaining somewhat hidden. There is a sushi bar at Brushstroke by David Bouley, but Ichimura is different; it is off to the side, through a small opening. The sushi bar is small, with veteran sushi chef Eiji Ichimura dishing out his omakase to 8 people at once. There is only waiter attending to the patrons at Ichimura, and for all intents and purposes, Ichimura is completely isolated from Brushstroke.

At Ichimura, the only option for food is the $150 per person omakase. It's always a bitter pill to swallow to spend that much, especially when - as a dutiful boyfriend - I was paying for two. Given the effort that went into getting the reservation, and the meal that subsequently followed, it was about as worth it as could have been expected.

After starting with a Japanese Egg Custard, Ichimura did something that I have rarely seen during an omakase; he combined different appetizers into one course. Usually Sushi Chefs will separate out the appetizers in order to make it seem like you are receiving more dishes (and therefore value). Each of what he presented here were good enough to stand alone; but together they work as a dish I've fondly remembered as " Authentic Japanese Appetizers, 7 ways". The highlight was undoubtedly the cooked Uni (second from left), which easily hit the note of something I've never tried before.

​One of the main differences between the Ichimura omakase and other high-end versions is the absence of any cooked dishes in the entree portion of the meal. I prefer it this way usually, mainly because if a chef starts to do too much he becomes a jack of all trades, master of none. That theory was furthered with the sashimi portion of the meal, which featured 5 unique fishes, all sourced directly from Japan. Taking pictures inside a fancy restaurant has the potential to make someone feel like an idiot, so some of the shots are unfortunately a bit rushed and out of focus.

I'd love to say that the Sushi course finished the meal, but "finish" wouldn't exactly be an appropriate word. That's mainly due to the fact that it just kept going, and going, and going.  I'm not going to be overly dramatic and say that Ichimura is doing that for the show (because he's happy to take the money), but on some level I'm sure  he  wants to ensure that each customer leaves content with the experience that their $150 (plus tax and tip) cost.

I have no Japanese ancestry, but I imagine that when sushi was first conceived, this was what my non-forefathers had in mind. The rice is perfect at room temperature, and the fish are all individually unique, but uniform in freshness. The course that struck me the most was the Uni. By itself, it's usually delicious, but check out the absence of seaweed around the outside of the nigiri. This is possible because the Uni is so fresh, it holds in place without needing any assistance. It literally is the very definition of food porn. Well maybe not literally since I didn't watch it on foodhub.com, but you get my drift.

The meal concluded with Ichimura asking us if we wanted anything else, and so I requested more Uni and Anago (Sea Eel). When you're at one of the best sushi restaurants outside of Japan, you don't turn down any extras. 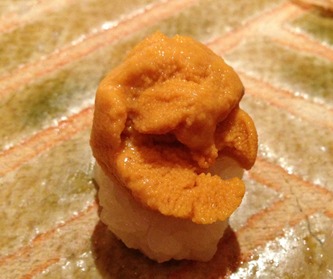 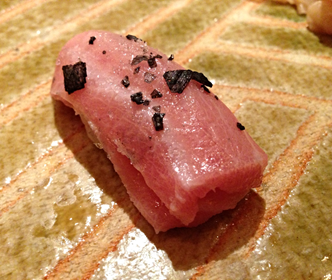 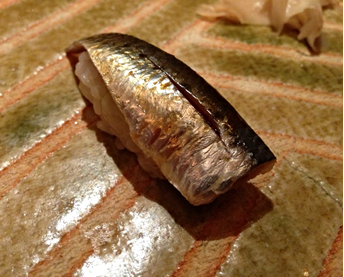 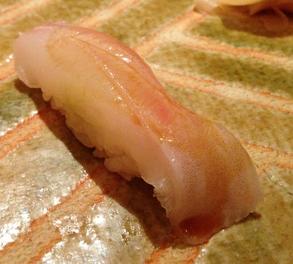 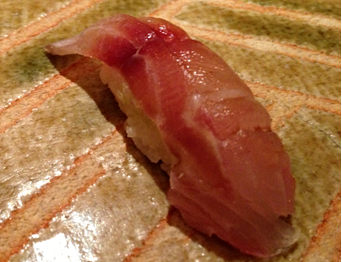 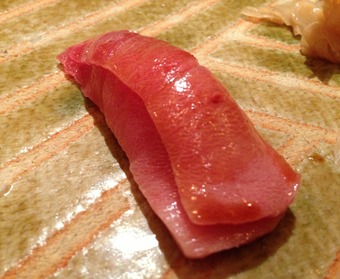 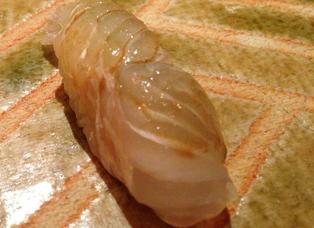 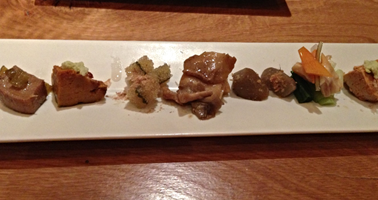 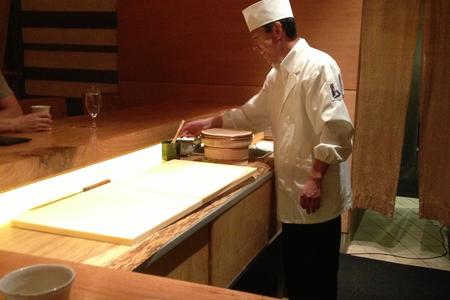