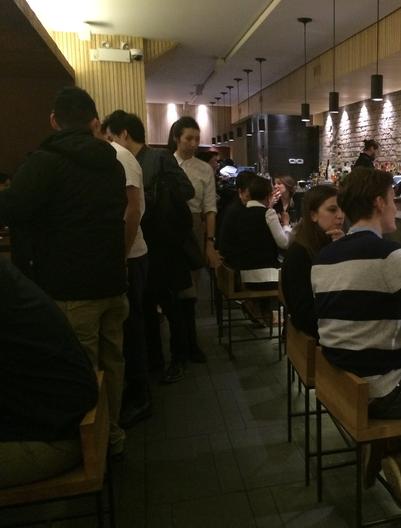 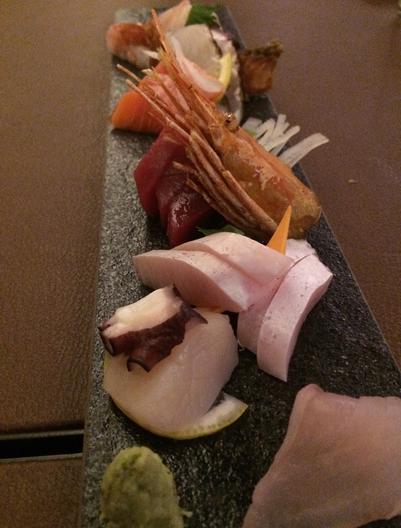 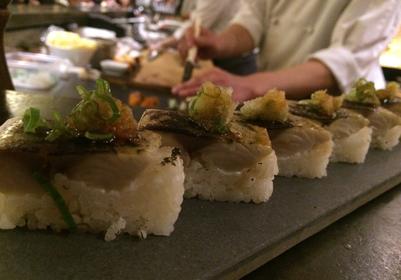 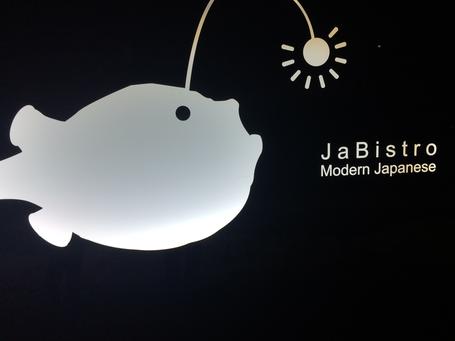 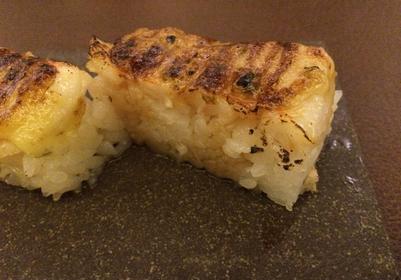 So here's the thing about Ja Bistro...it's a good start, but there's plenty more to do.

One of the most popular sushi trends of 2014 was the introduction of a blowtorch to the proceedings. Coincidentally, one of my biggest peeves of 2014 was the over-use of blowtorches. So going into my meal JaBistro, I knew that based on prior reviews, I was either going to finally snap or just accept that lazy sushi chefs aren't going anywhere.

JaBistro is located in Toronto's trendy Queen West neighbourhood, and has risen to prominence recently based on the standard rule of "Toronto has a lot of Japanese people but very few good Japanese restaurants". I was already more than in the mood for a great sushi meal; the night before, I had "attended" (and I use that word loosely), the Toronto Sushi Festival.  That was an abject disaster, but if the attendance for that and the packed crowds at JaBistro are any indication, there is more than enough interest in sushi in Toronto. It's just a matter of the supply finding a way to meet that demand. (As an aside, if you want ten minutes of entertainment, just search "Toronto Sushi Festival" on twitter. I'll wait).

JaBistro comes close to being good. It's nowhere near the same league as Yasu, but it doesn't have to be; large groups who enjoy the more modern version of sushi will find themselves at home at JaBistro, especially with how many sushi dishes are subjected to the blowtorch treatment. One such dish was mackerel (pictured right), which I enjoyed - likely because I enjoy fishy tastes (insert joke here). The blowtorches were used for shrimp (ebi) as well, and that combined with the expert seasoning that made that stand out for me (pictured below right).

The food itself was decent, but there were certainly some drawbacks. Most people were ordering the sashimi platter with Lobster. The lobster was boiled and served by the tail. Now I'm no expert (modesty...), but cooked Lobster does not a sashimi make. That dish came in at a cool $90 ($75 USD), so I would recommend saving your cash. The sushi itself - when there wasn't a blowtorch involved - was heavy on the rice and probably could have used a bit more care overall from the chef. But truthfully, that's the problem with relying on the blowtorch - you become complacent on your actual sushi techniques. Part of the reason - as my mission statement says - that I love sushi is that it's hard to fake. Consistent blowtorching is one of the only ways to mask both poor fish quality and itamae (sushi chef) technique.

One thing that Ja Bistro does well is presentation. Check out the standard sashimi platter to the right. Sure it took 30 minutes to get to my table (a ridiculous amount for non-cooked food), but at least it showed up looking good, I guess? Bonus points for including the heads for the Botan Ebi on the platter. Negative points for the bones that were in the mystery white fish that neither I -nor the server - could identify.

The Atmosphere takes a page from the food, in that it is completely hit or miss as well. The restaurant is small, posh and reserved - exactly what I look for. Full credit to the service as well for how polite and helpful they came across. The problems were operational; I noticed multiple tables waiting for food, which is inexcusable given how long it seemingly took for final bills to be brought around. Keep in mind, JaBistro is not designed for overflow - anyone waiting to be seated was huddled at the front of the restaurant, as if they were a tour group waiting for instructions from their guide. I suspect that JaBistro could do far better financially if they found a way to turn their tables over once more in a given night. Minus any sense of urgency though, I can not only imagine how much business is being left on the table (pun intended), but the degree to which their existing customers might become disenfranchised.

JaBistro is recommended, provided they can get their act together.