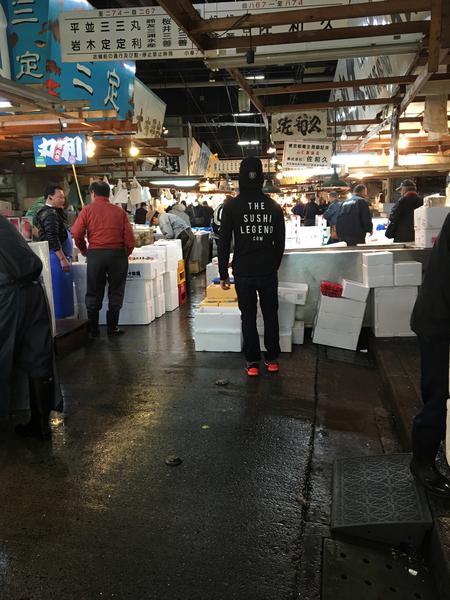 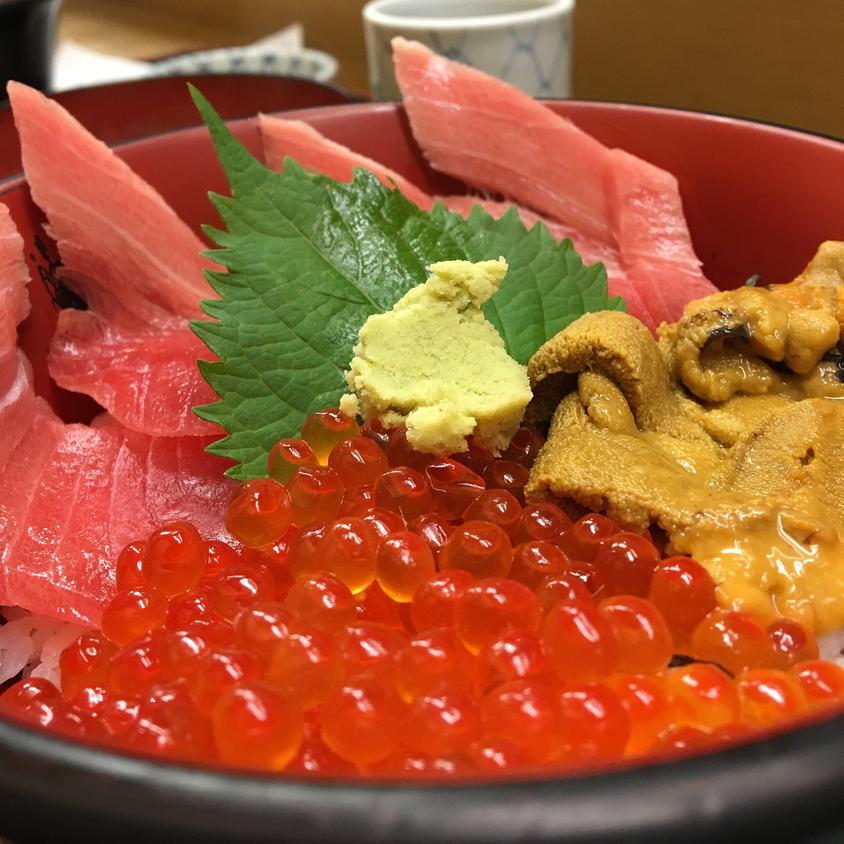 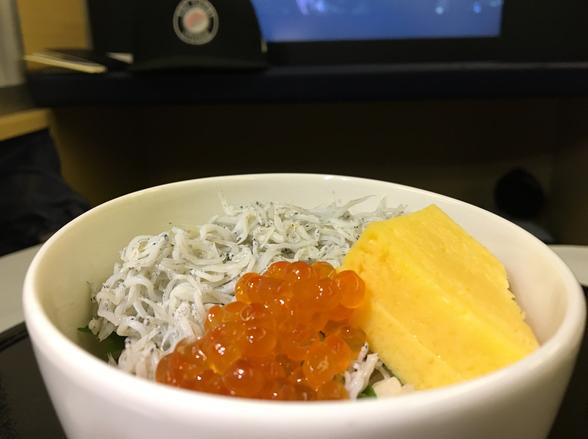 It's been said before - by smarter people than me - that it's hard to have a bad meal in Tokyo. But when you're only there for two dinners, the pressure was on to make selections worthy of the moment. Sushisho Masa - a subterranean sushiya in Rappongi Hills - was at the top of my list, both because of the public reviews and private recommendations. Sushisho Masa deserves its own review also, but a few points are worth highlighting: the Omakase was - and this is no joke - at least 30 courses, featuring raw and cooked versions of delicious Buri (adult yellowtail), Sea Bream, Sawada (Spanish Mackerel) and many others. I'd recommend making a reservation a month in advance through your hotel (they'll ask for your credit card), going hungry, and being friendly - though the four sushi chefs behind the counter don't speak perfect english, they are conversational and will happily show you their "book of fish" to help you recognize what's on your plate. 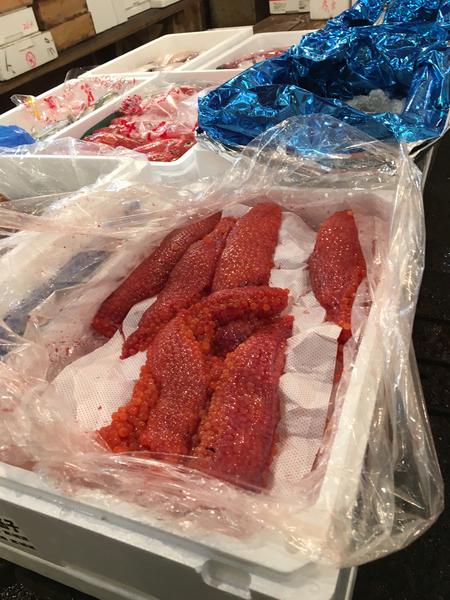 Getting to our hotel turned out to be far more simple than I had anticipated, though our lack of data roaming (thanks Verizon!) meant we could have ended up lost in the ether had our taxi driver not known directions. Our hotel - the Andaz Tokyo - came highly recommended, and it immediately became clear why; Like many hotels in Tokyo, the Andaz is located within a large office tower, occupying various floors from 38-52 and offering stunning views from the rooms and the pool. The Andaz mixes Japanese and Western designs well, and despite being fairly minimalist, is much more modern than it's sister property, the Park Hyatt Tokyo. If you're a cinephile, you might remember the Park Hyatt from the movie "Lost in Translation", a movie that speaks to me more than ever before now that I've visited Tokyo. If you have been - or are planning to go -  to Tokyo as a tourist, do yourself a favour and watch that movie.

A word of advice about Tsukiji: It's not set up as a tourist destination, so there is no "WELCOME TO TSUKIJI" sign or anything similar. Just go to the market and follow the flow, but be weary of the heavy auto and foot traffic. We found our way into the inner market - tourists aren't allowed, but if you're buying something, security will look the other way.

Food is also a significant part of Ueno's appeal, especially if you're looking for traditional Japanese fare like dumplings, yakitori and eel. We chose an Eel spot which - despite putting foreigners like us upstairs - was excellent. 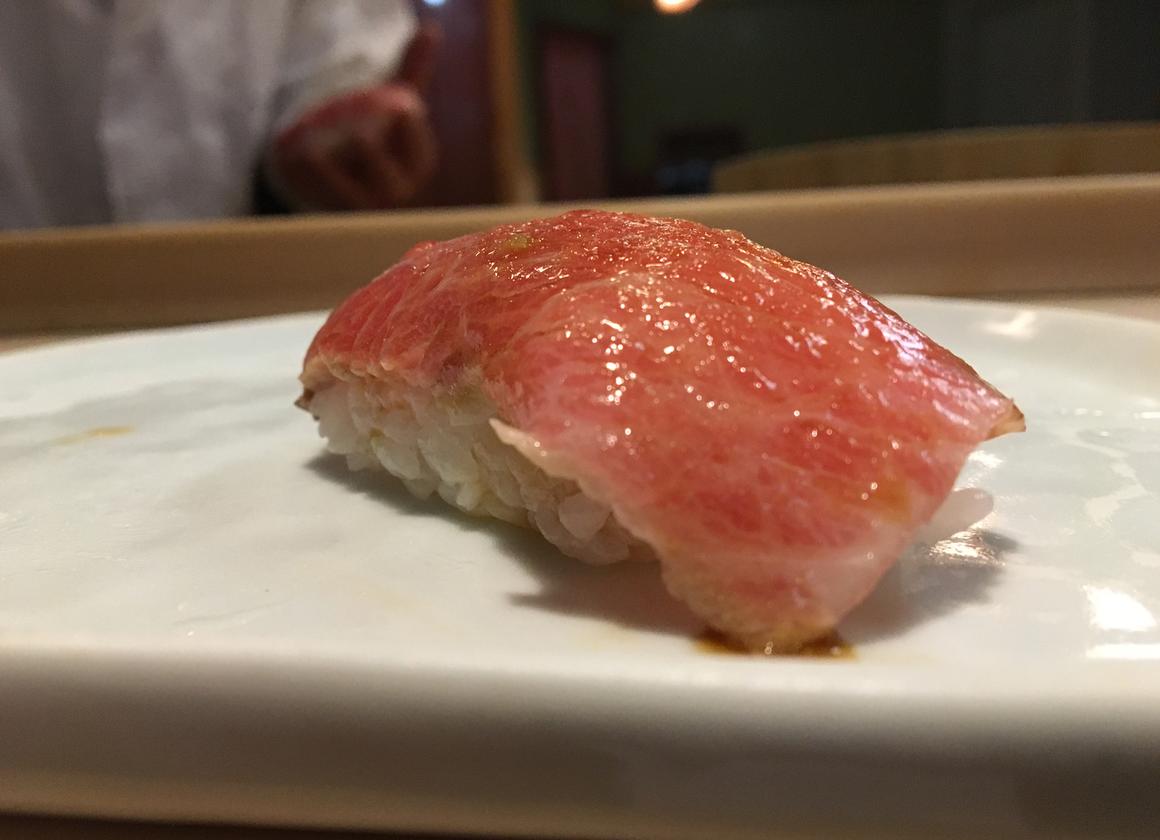 One of our favourite activities throughout the trip was simply wandering aimlessly through local neighborhoods. Our goal was to learn about local culture, while still somehow avoiding getting completely lost. One  area in Tokyo that we particularly enjoyed was Ueno, which is famous for a series of side streets that run underneath and adjacent to the train tracks. There's no shortage of outdoor market space for those of you who want to hunt for local goods - for instance, my wife probably visited about 34 Matcha-related shops (she might have a problem). 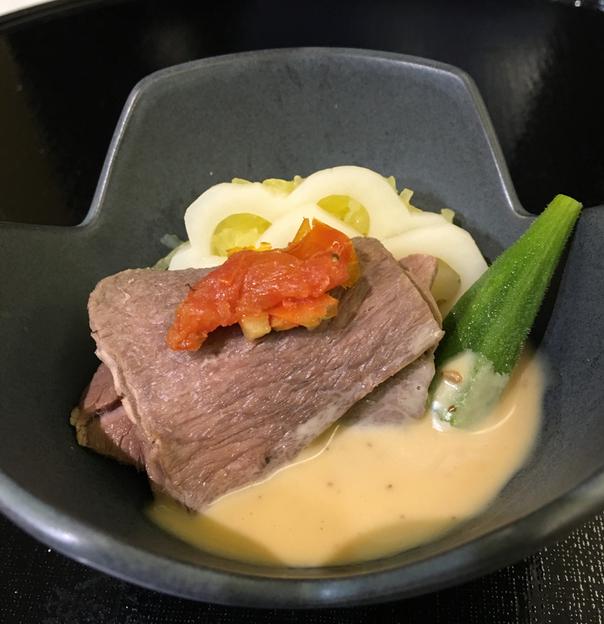 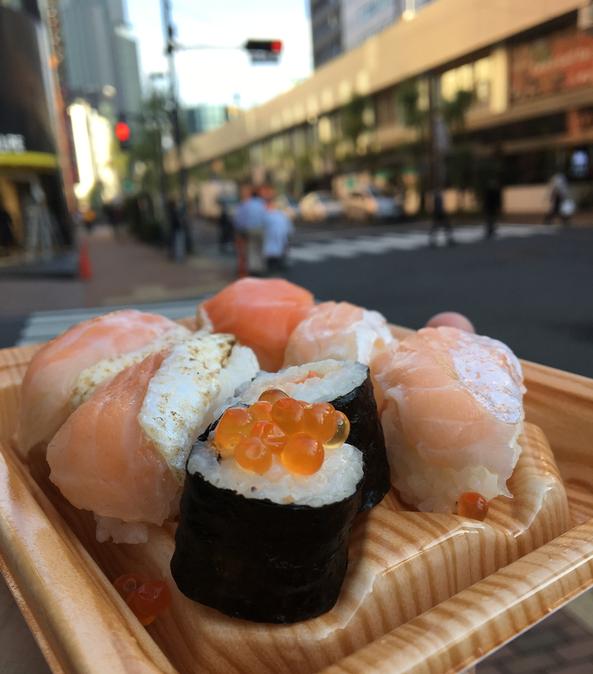 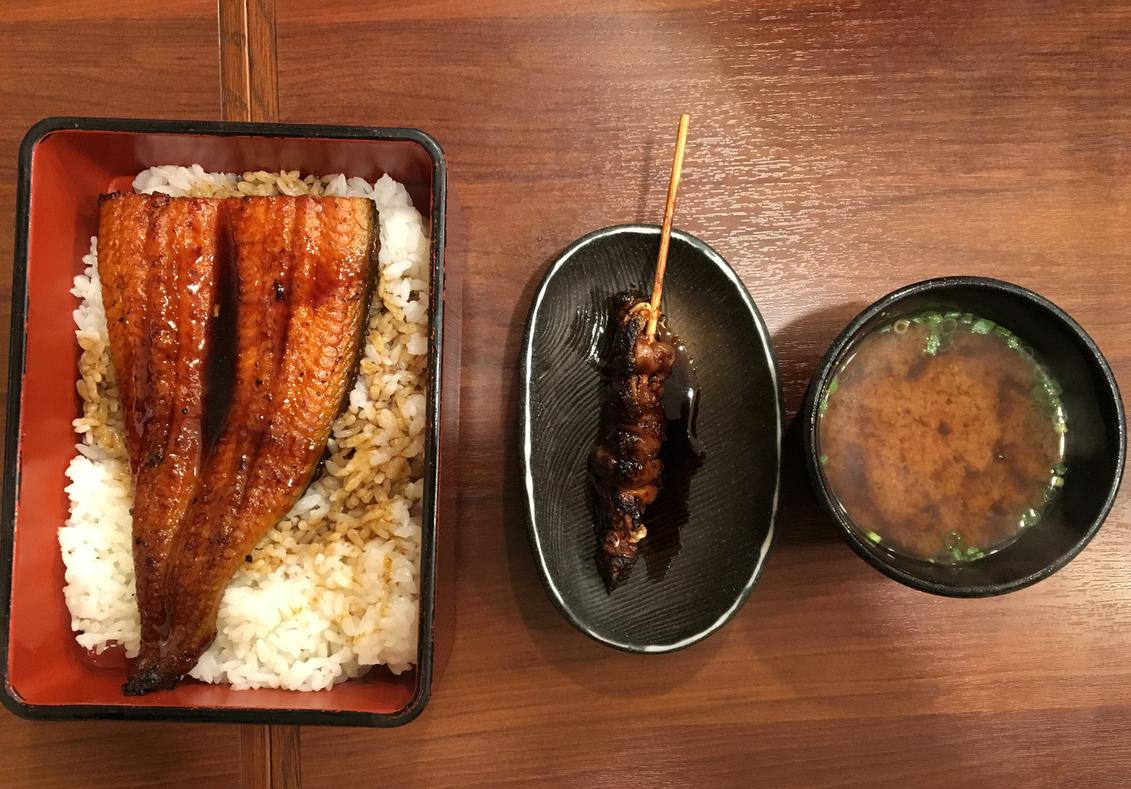 We also ate at Tempura Kondo, a well-regarded Tempura focused restaurant in Ginza. At Kondo, they make everything right in front of you using batter, oil and some killer knife skills. Was it worth the $130 US per person for dinner? I'm not sure, but I do know that the tempura was far better than the popcorn shrimp style that the U.S is familiar for. Again though, it's hard to have a truly bad meal in Tokyo because the sheer quality of food offerings is immense. As an example, I present exhibit A (below), the pre-made sushi from Family Mart, that was far better than it had any right to be.

Our honeymoon started in Tokyo after a brisk 14 hour puddle jumper from New York City. I'm not sure how Dorothy felt after taking that twister to Oz, but I'd imagine that the general feeling of malaise + sludge is similar to how the body handles flying across the world and landing at 9:00 PM. Fortunately, we flew in All Nippon Airways' first class, which was virtually empty except for us. Despite how that might sound, I'm not a snob - that's probably the last time I'll fly that way (at least until one of my kind readers hooks me up). But given the level of service and the quality of the food, I would recommend adding first class international flights on a Skytraxx five star airline to your bucket list (again though, use points).

Ikura (salmon roe) still in its sac. This is sold wholesale at Tsukiji 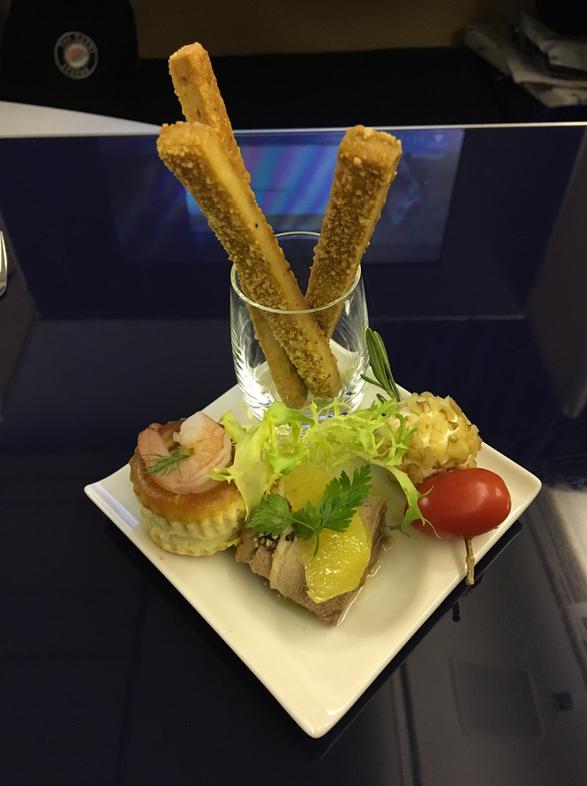 ​Breakfast at Tsukiji is also a thing, for those wanting to actually eat some of the insane quantity of fish inside the market. The restaurants are located in the outer market - think rows of numbered buildings - and there are no shortage of options. You'll likely hear about some of the more famous ones - like Sushi Dai and Daiwa Sushi - but those will usually have lines of 1-2 hours or more. The truth is that you can't go wrong with any restaurant. We wandered around, looked at some menus (in Japanese with pictures), and ultimately settled on a Kaisen-don (sashimi over rice) spot called Nakaya. Below is a picture of the real breakfast of champions. 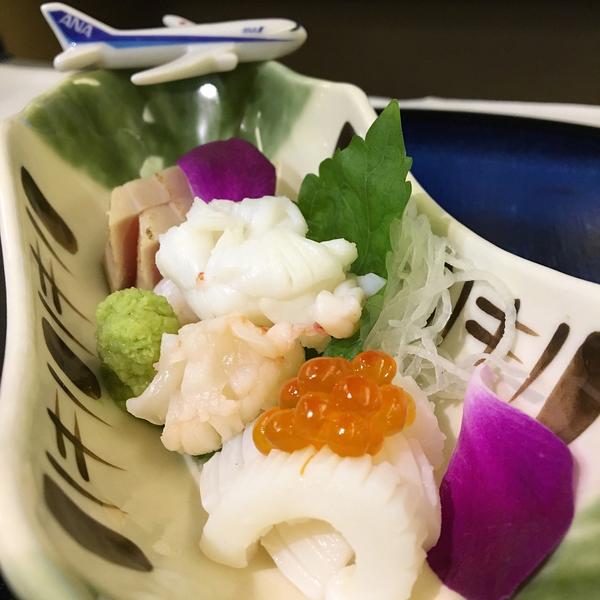 Our first night, we were so jet lagged that sleep barely registered as an option. So we made the most of our situation and walked the 30 or so minutes through a foreign city to Tsukiji Fish Market. If you're unfamiliar with Tsukiji, it's the central fish market in Tokyo that has become a massive tourist destination. Tokyo's massive fish trade goes through Tsukiji, but it's most famous for their (mostly) daily Tuna auctions, that start at approximately 4:00 AM and are open to two waves of 60 visitors to observe. We only arrived at 6:00 AM, but the tuna auction is highly recommended if you can handle the early wake up (or late night jaunt).

A selection of the food options on ANA - highlight were the squid and roe dish (bottom left) and sashimi selection (top right).

Harajuku is another destination that I would highly recommend. Located near the Shibuya area of Tokyo, Harajuku is a hub of shopping, culture and vibrant activity that features large international chains as well as small, independent stores. Harajuku is right near the Meiji Shrine, a popular tourist destination that is worth a visit as well. Nearby the hustle of Harajuku is the residential area of Shibuya proper, which is worth a walk through if only to see a different side of the famously active Tokyo. We were lucky enough to have a local take us through before lunch at Okei Sushi (a loose translation). Okei deserves its own post, but on a high level, a sushiya in a residential neighborhood, recommended by locals, serving a lunch omakase for the equivalent of US $40? Sign me up. 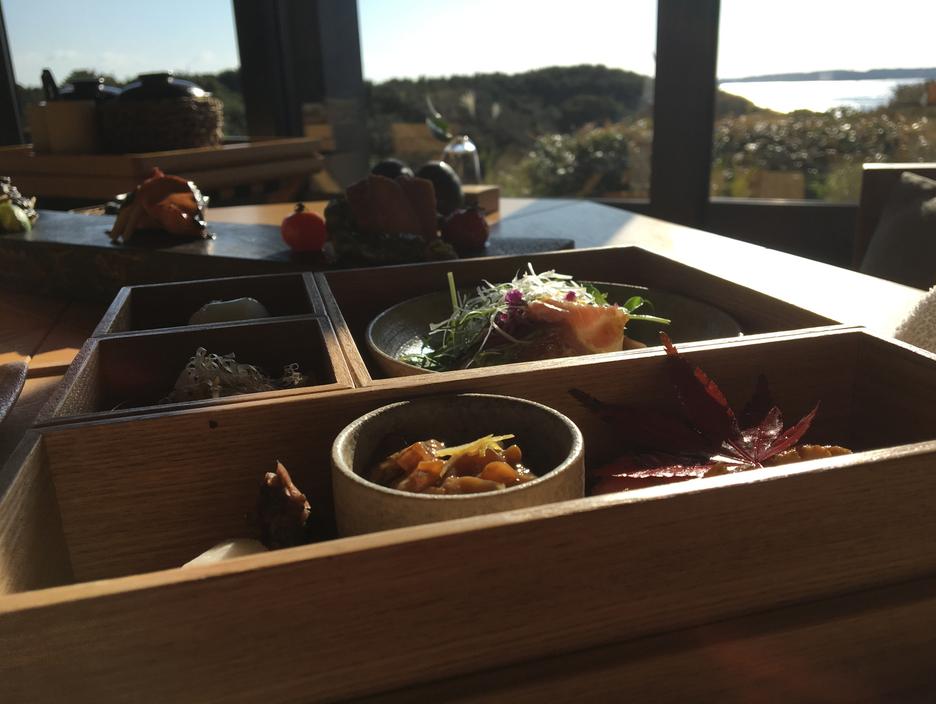 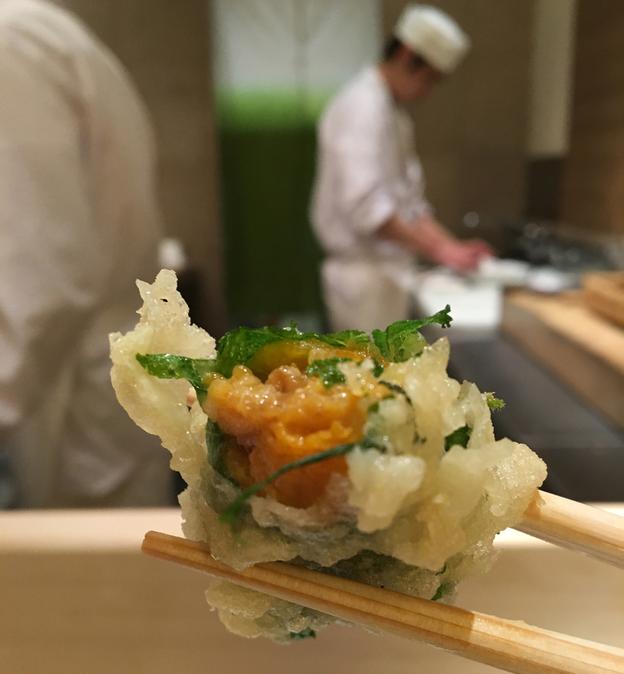 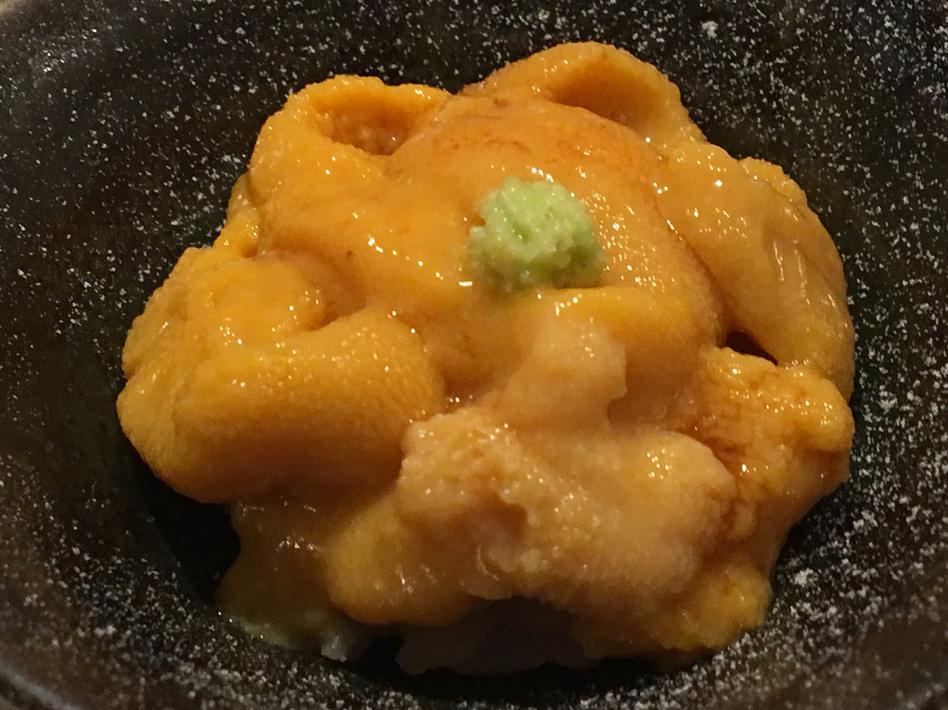 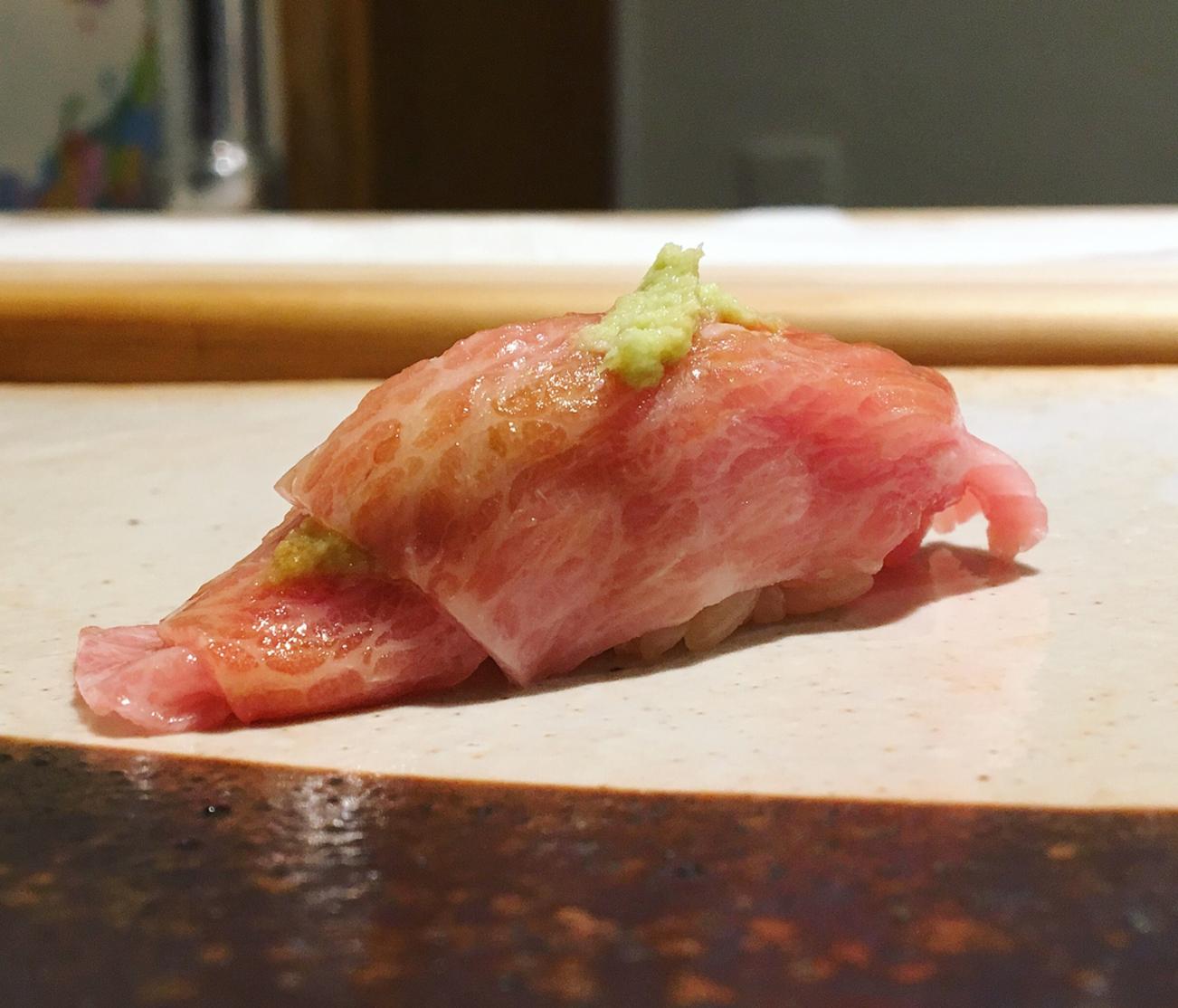 In November 2016, my wife and I visited Japan as part of our honeymoon/election escape. The Japan portion was just 8 days (happy wife, happy life!), but we squeezed plenty in before visiting Thailand and South Korea. Since then, I've received many questions about our Japanese experience, so I thought I'd share it all in one convenient, ad-free (of course) location. I still plan to stay close to my lane and write about each sushi restaurant individually, so if trip diaries and awesome pictures aren't your cup of tea (cha in Japanese, I'm told), check back in later.

I'm sure I'll get asked about keeping a trip to Japan (or Asia!)  affordable. The best tip I can give - besides stealing a bucket of gold coins like this guy - is (1) points (2) loyalty points and (3) amazing loyalty points. Seriously - hotel and airline credit cards (and their sign-up bonuses) are your friends. The Points Guy is an excellent resource for some of the best ways to fly and lodge in style, as well as accumulate 14 credit cards. So maybe 14 credit cards isn't the best thing, but YOLO - right, kids?

One last thing: it's hard to name everyone, but so many readers sent me recommendations before the trip, and it helped to make our honeymoon - and trips to Japan, Thailand and South Korea - incredibly memorable. So thank you, nameless strangers.