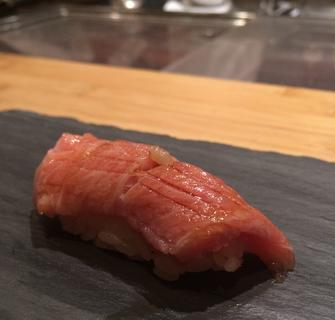 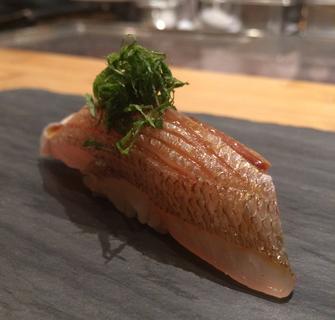 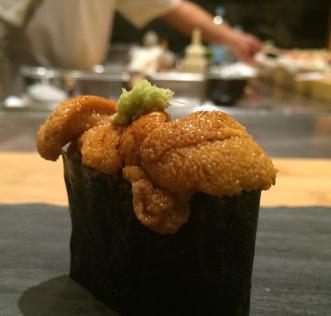 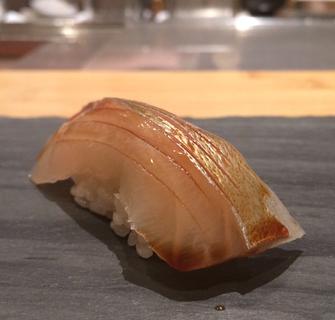 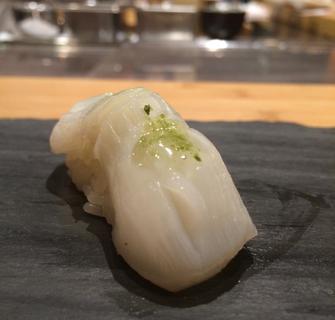 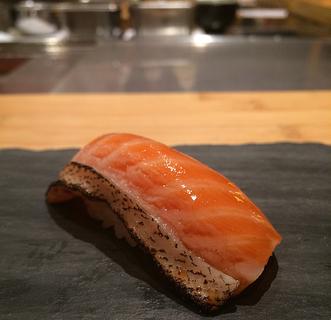 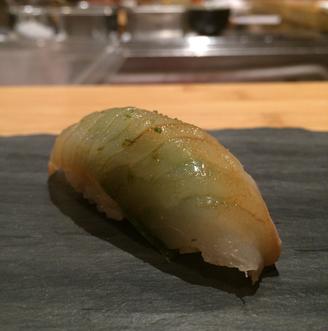 So here's the thing about Jewel Bako...you should run - not walk - there ASAP .

While I would love to say that my day job is strictly considering how sushi fits into the circle of life, the truth is I actually have to do something to earn real money (part of the peril of not showing ads on thesushilegend.com I guess?) That "real job" involves plenty of logical analysis of real world trends, a skill which came in handy after I visited Jewel Bako in the East Village of Manhattan for the first time.
For me, Jewel Bako has always been one of those restaurants that has been "just there". Then, I sat down at the bar and tried Chef Yoshi's $85, 17 piece sushi omakase. And I wondered - how could an omakase with such high quality, for such a reasonable amount of money, be so unmentioned? Logically, how could it make any sense?
The truth is, Jewel Bako suffers from marketing purgatory; It's a high end restaurant that doesn't look it. Take for example, the dining area, that could more aptly be described as the hollowed out husk of a cave. The arching ceilings are nice sure, but I can't imagine sitting there and thinking "wow, this is fine dining".
Truthfully though, that's more than fine from my perspective. If Jewel Bako was magically sliced into two restaurants, I feel confident in saying that the sushi bar would be considered among the best in the city. That isn't just me blowing smoke by the way; please try your best to find me an omakase that matches the quality of the pictures you see on this page, for just $85. I'll wait.
If it's not obvious by now, the food at Jewel Bako hits a strong quality that I honestly did not expect. The main chef- Chef Yoshi - is charitable with the day's freshest catches, applying seasoning and sauce deftly to the nigiri, unlike other establishments I've visited in recent weeks (I'm talking to you, Sushi of Gari). Highlights included the Kinmedai, the Uni and the Chu Toro, but I was most impressed by what you see on the right. That green colour is not normal - but I will be very impressed if a Sushi Legend reader can tell me which fish it is.
The Atmosphere is excellent, but that is prefaced strongly based on sitting at the sushi bar. You're on your own if you sit elsewhere. The staff - both in front of the sushi bar and behind it - are helpful. They were more than willing to explain some of the unique pieces of nigiri to me on multiple occasions, which, let's be honest - isn't the norm. If you can avoid turning around to the main room, the sushi bar is actually quite awesome to sit at. Again though, pretend you are on a runway, and face forward. ​
​Recommended.
View on Mobile