The itamae at Juku is Kazuo Yoshida, a well-known figure in the NYC sushi world from his previous stints at 1or8 in Brooklyn and Jewel Bako and Hasaki in the east village. Yoshida doesn't serve everyone, but he is omnipresent behind the counter and is as effervescent as any sushi chef that you'll come across. He salts o toro nigiri from 5 feet above and apparently he was salt bae before before salt bae was a thing (first, second and last time I use the phrase "salt bae". I promise).

Yoshida's menu was simple enough that even my aging brain could understand: $80 for 12 pieces, or $120 for 15 pieces and a handroll. We chose the latter, partly because we were hungry but also because the tane (topping on the nigiri) are of a higher class. Choose whatever you feel comfortable with; Yoshida's waza (his technique) makes anything delicious. 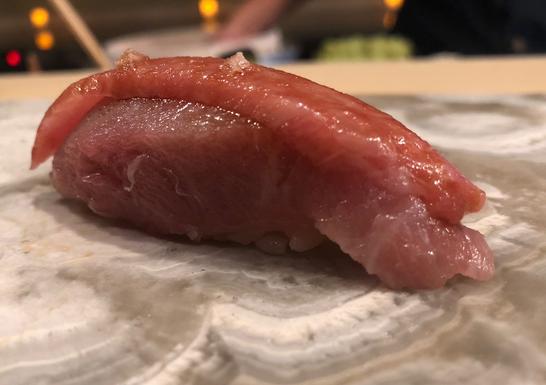 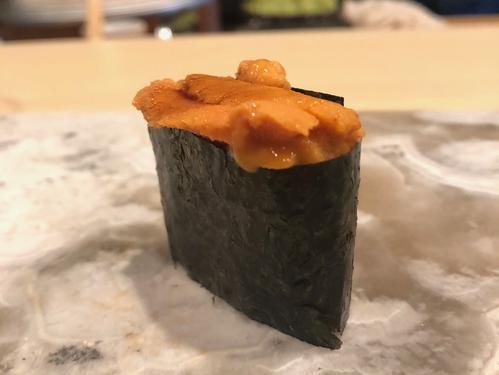 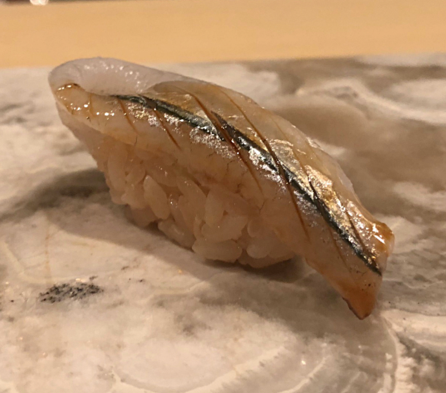 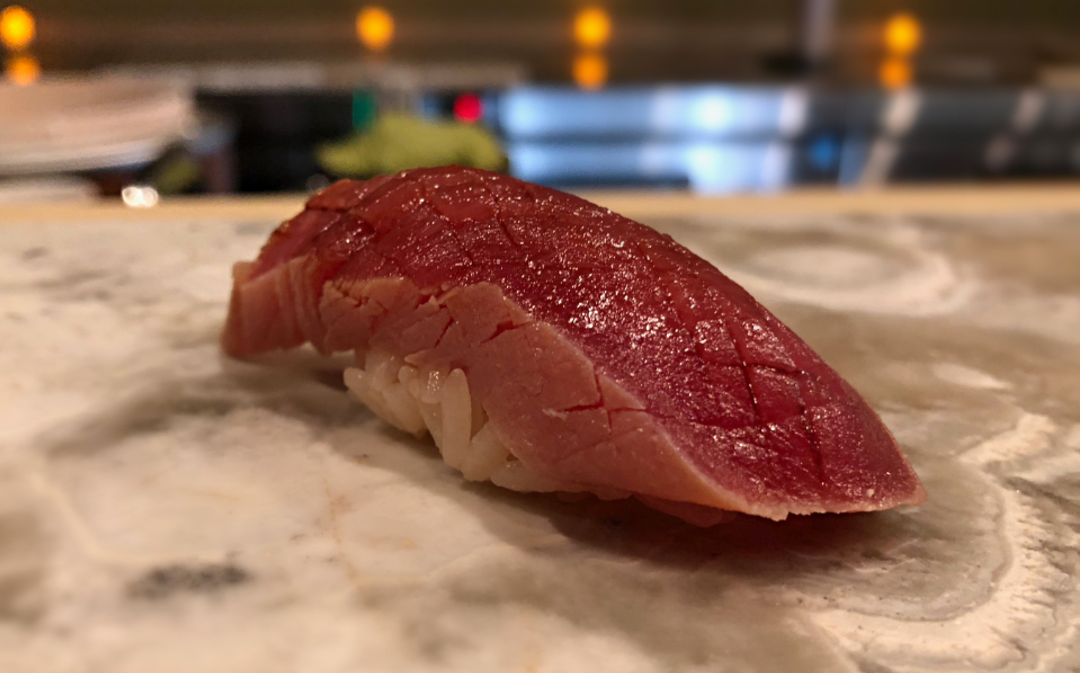 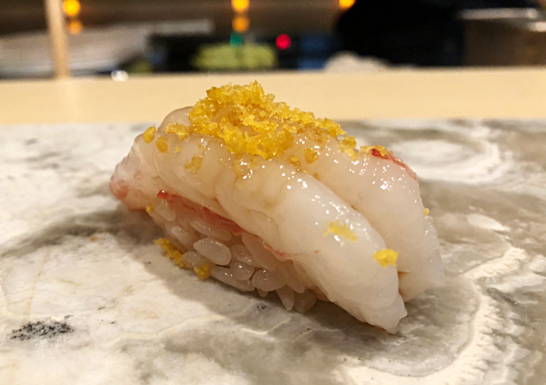 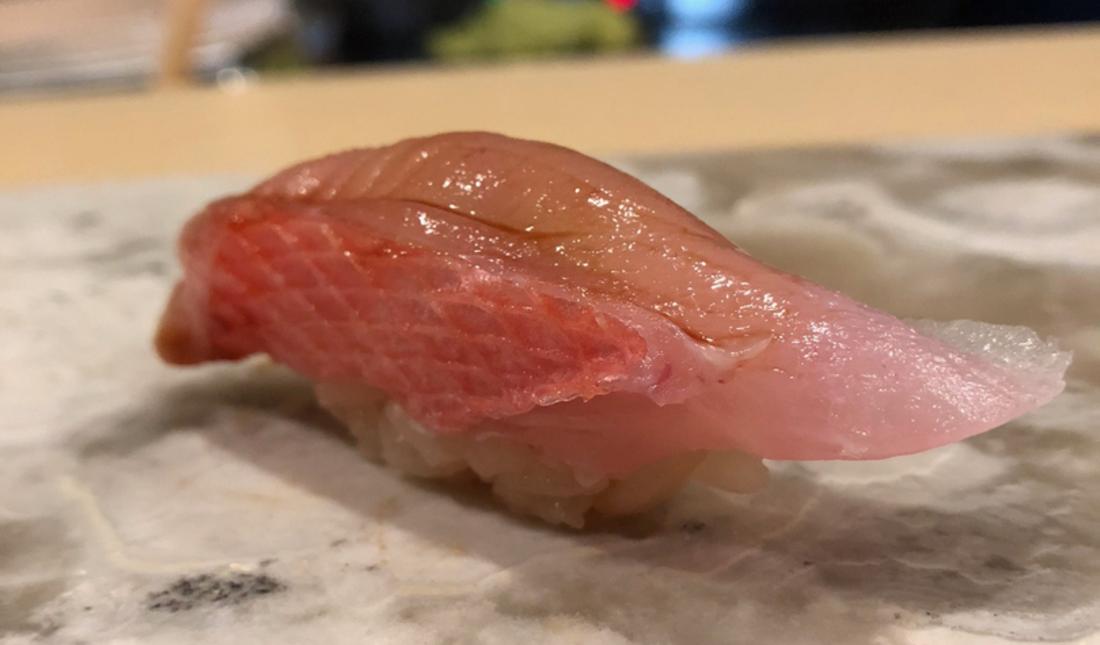 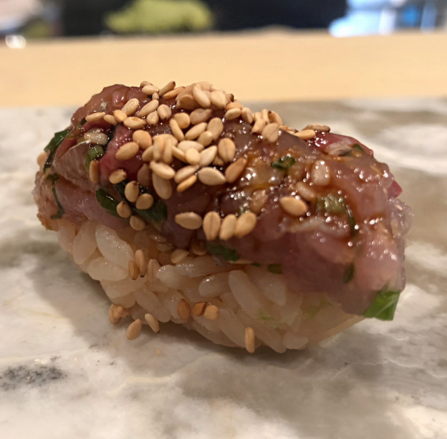 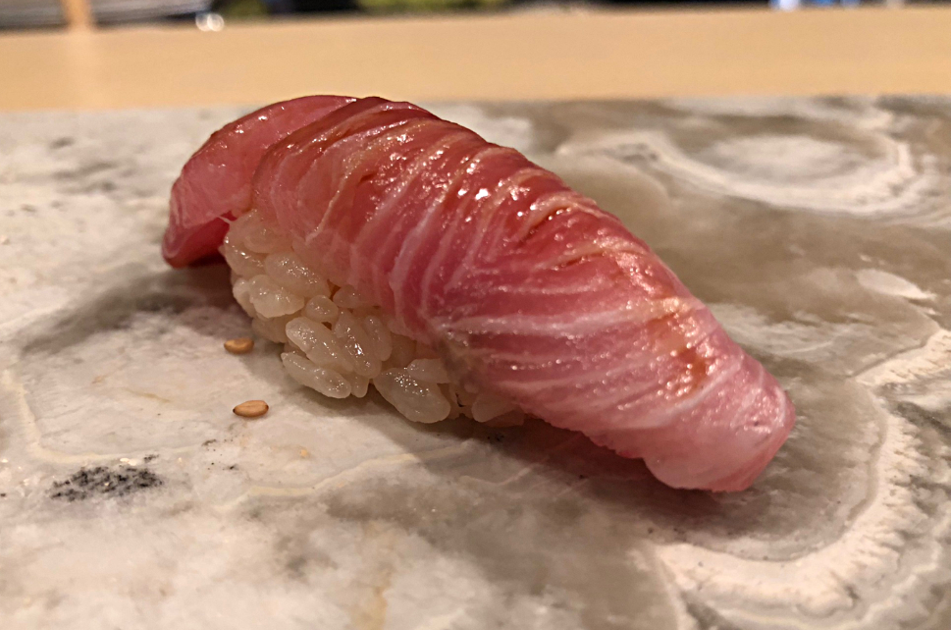 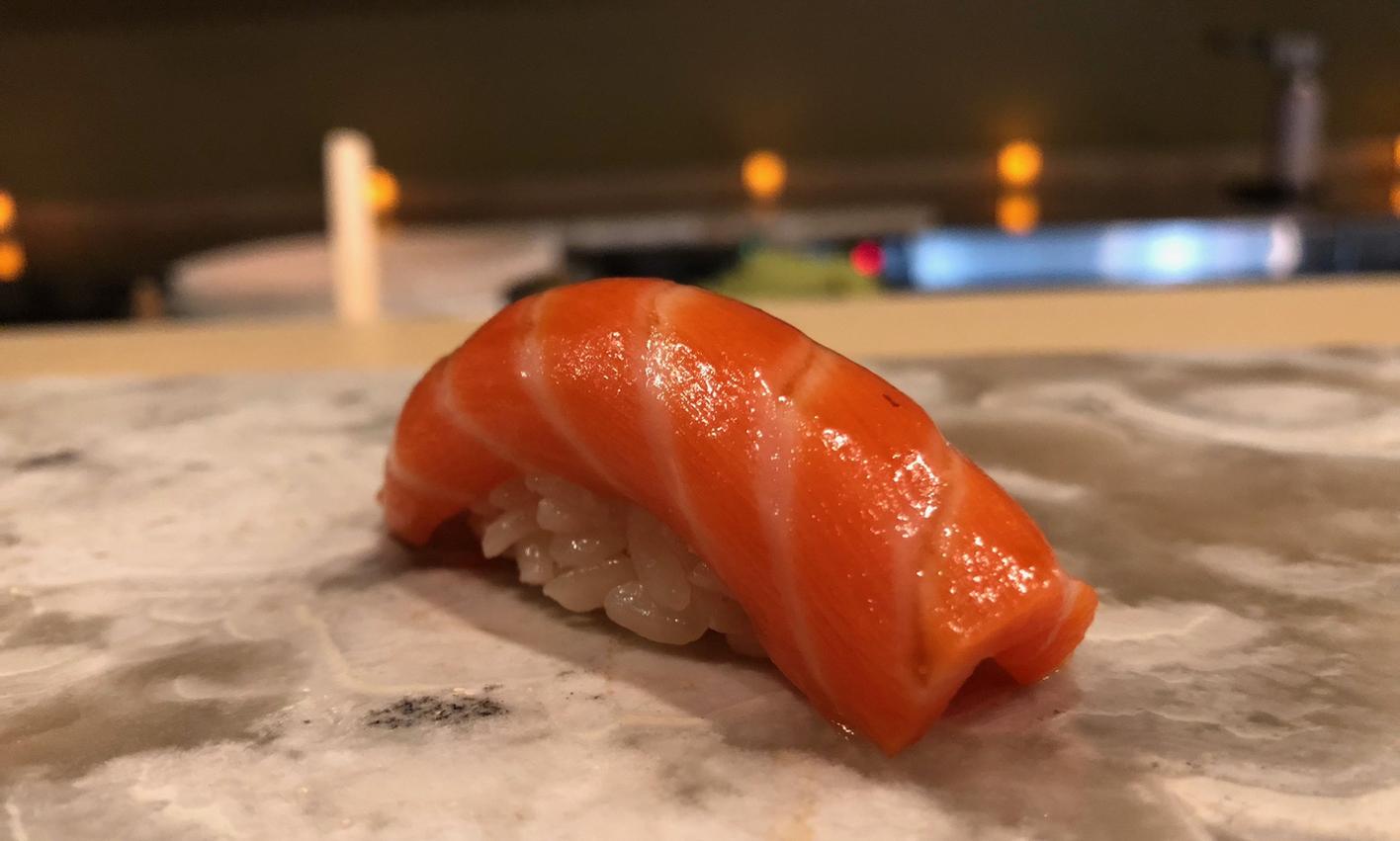 It's no accident that Juku's space is so visually appealing. One of Yoshida's partners is Max Levai, who apparently is pretty big in the art world (whatever that means). The sushi counter is surrounded by bright light and beautiful pictures, a nice contrast to the dark and bare milieu - yes I used that word - of the hallway leading in. Service is attentive but not overbearing, though certain parts of the sushi bar are virtually inaccessible by staff once customers are seated. Lastly, I'd be remiss if I didn't mention Juku's surroundings, an area just outside the heart of New York's famous Chinatown. If you haven't been, but are a fan of architecture, culture, cuisine or history, give it a try.
​

A rare miss - at least for me - was the hotate (scallop), which was succulent all by itself without the Peruvian rock salt that masked one of sushi's most unique flavors. For many of you, raw scallop is a tough taste and some extra enhancement is welcome. Like everything in sushi (and life), it all comes down to personal preference.

Regardless of which omakase option you ultimately select, Yoshida clearly has a flair for taking risks with traditional ingredients while still coloring inside the lines. Consider the ma-aji (horse mackerel) nigiri to the right. It's uncommon but not that unique to serve it aji-tataki style, aka chopped and diced. But Yoshida deviates from the standard approach, substituting sesame seeds for ginger, green onion for chives and eschewing the gunkan style (nori wrapped around the outside). The result is unpredictably delicious.

Yoshida also magnifies his o-toro; sure, the double decker has been tried before (by Ichimura, no less), but you know what hasn't? 7 day aged bottom, 0 day aged top (see below). And no, that doesn't mean the backpack Maguro (tuna) was caught that morning; the day count starts when it's received at the sushiya.

Other hits include the Botan Ebi (​with crumbled tamago), Kinmedai (Goldeneye Snapper) and Uni (Sea Urchin), which - if asked - Yoshida will include as part of a 5 varietal, uni tasting. My personal favorite was actually the Sayori (halfbeak), prepared more traditionally by folding the white fish into a horseshoe shape and layered with ​Shoyu soy sauce rather than ginger. Sayori is an acquired taste, but try Yoshida's if you go to Juku. 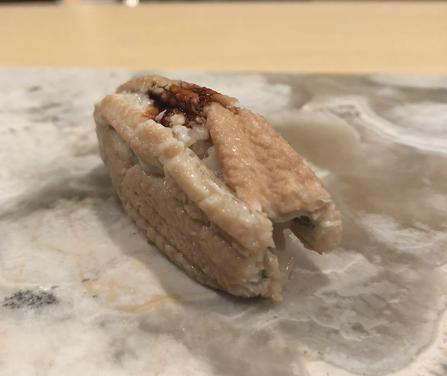 ​Juku is one of those new, omakase focused sushiya. Or at least the upstairs part is. The downstairs is an ambient space and includes a seated dining room serving standard izakaya type fare. Adjacent, is a modern bar, worthy of a night out by itself; for me, it was used as the holding pen while we waited for our seats at the sushi counter.

The entire multilevel space is so well designed that you'll be shocked it can exist in such a nondescript unit. Real talk here - I had a tough time finding it. The sign is buried, likely on purpose, and the only area visible from the outside is a long hallway straight out of an office building. Cheap plug: the video I put together below should convey the mood (key word: should).

It's somewhat fitting that I'm writing this amateur blog post, nay, professional thinkpiece, in the first week of 2018, because 2017 was an absolutely insane year for sushi in New York City. I've mentioned this before, but the city is a breeding ground for new restaurants chasing a popular trend. That's due to a mix of factors, including the highest population density in the United States (27,000 per sq mile), kitchens straight out of Toys R' Us (RIP) and a general ambivalence towards cooking. The result is a steady stream of new, omakase focused sushiya, and really, all are worthy of attention. To be frank, we've come a long way from splashy openings at overhyped, chain restaurants like Zuma.