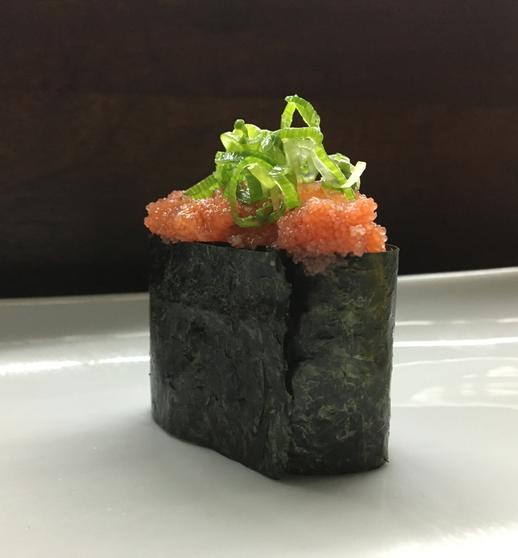 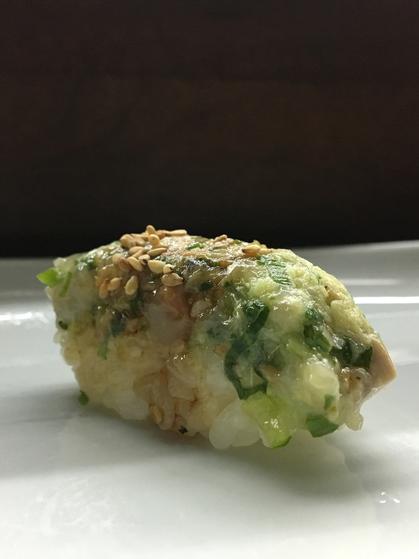 Myumi has a great concept, but - just as importantly - great sushi. It's worth a trip.

I'm sure by now you are yelling at me to get to the entire point of this review - the sushi itself. And I'm happy to share that the omakase certainly does not disappoint. From first bite, it's easy to see why Myumi has quickly surged in popularity despite a fairly recent opening; the rice hits all marks. Body temperature, vinegar, dexterity - I couldn't have been more impressed, especially given that besides Naoe, I've found the sushi scene in Miami to be lacking. Myumi offers two choices for omakase : The $40, 7 piece nigiri option, and the $60, 10 piece nigiri. If you are still hungry (as some are likely to be), a la carte is offered at the end (more on that later).

To quote Gordon Ramsay, the rice isn't the only "hero" of the menu. The fish also shines, bolstered by fresh ingredients and ingenuity. On the case of the former, I present the Kanpachi (baby yellowtail or amberjack depending on who you ask) pictured below, which proudly wears the scallions  like a little hat. I often find that fish from the yellowtail family can be a little tough, especially when  the quality isn't up to standard. Myumi's Kanpachi hit all the marks, tasting succulent and fatty, without being overly oily.  As for the latter, take a look at the little green delight, pictured below on the right. I posted the same on instagram (follow me at @thesushilegend), but didn't give away its origin there either. Some things in life are better left as a surprise. 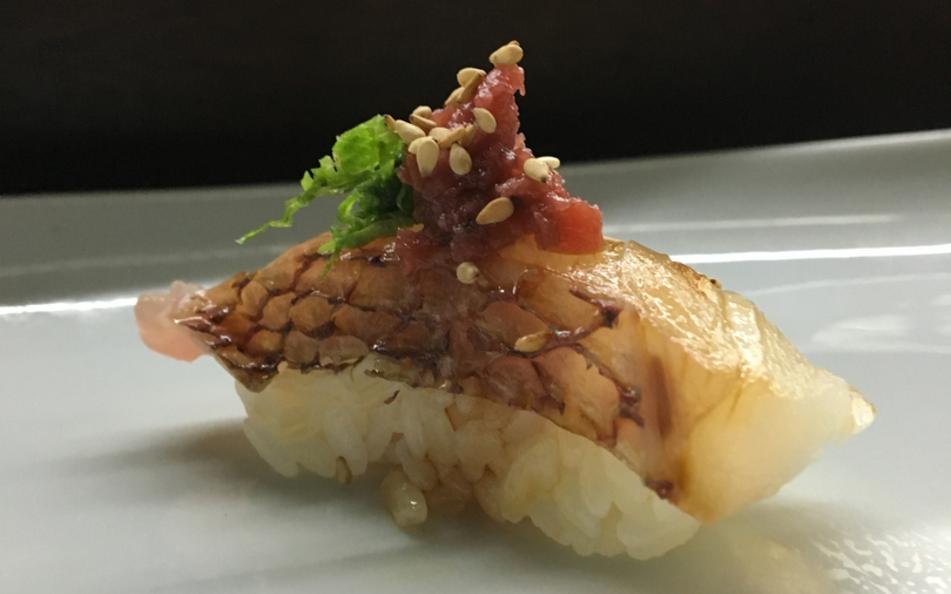 What if I told you that one of Miami's hottest new restaurants is a food truck? That this real life meals on wheels serves sit-down omakase out of the side awning every hour, on the hour. That customers come by the Uber-load from all parts of the 305, and critical acclaim has followed not far behind. What if I told you that this omakase food truck was located in a yard, and that the picnic benches parked out front are filled with waiting customers drinking their BYOB wares. Folks, this magical, mobile sushi paradise exists. It exists in the Wynwood section of Miami, and it’s called Myumi. And it’s waiting for you.

Let's be clear about one thing up front: the food truck is no exaggeration. When you show up to Myumi, be prepared to walk through an abbreviated courtyard, past an open bar, and around picnic tables to get to the 7 seat, parked mobile omakase. If you're fortunate enough to go at night, the view on walk up is quite staggering. Picture a dark courtyard, illuminated by a single awning in the distance, surrounded by a (small) group of people engaged in conversation with one another. That's Myumi. If there's such thing as a relaxed omakase, surely this is it. Myumi is BYOB - which is obviously incredible by itself - but I would recommend showing up early to take advantage of getting the party started at the communal picnic tables. The bar I mentioned earlier wasn't open when I went, but apparently is often a resource.

I think it is pretty clear by now my thoughts on the atmosphere at Myumi. Not only is it one of the coolest concepts for a restaurant that I've seen, but the entirety of the social experience (the host/waitstaff, the chef, the customers) are all incredibly impressive. Because there are only a maximum of 7 customers, not only can the service be incredibly attentive, but our group of 4 found ourselves openly conversing with the 3 strangers sitting next to us. The waitstaff and chef served us all promptly, which was by design given that they turn the seatings every hour. And that's the thing about Myumi - it's quick. For some of you, that might be acceptable, but for me, it was the only negative. An omakase of 10 pieces of nigiri (plus a handroll), is not that large. I expected that I would be able to eat a la carte at the end, partially to satisfy the pangs, but also to try some different fish. And I was, but I had to make an effort to order,  followed by gently reminding the waitstaff and chef. Not ideal. 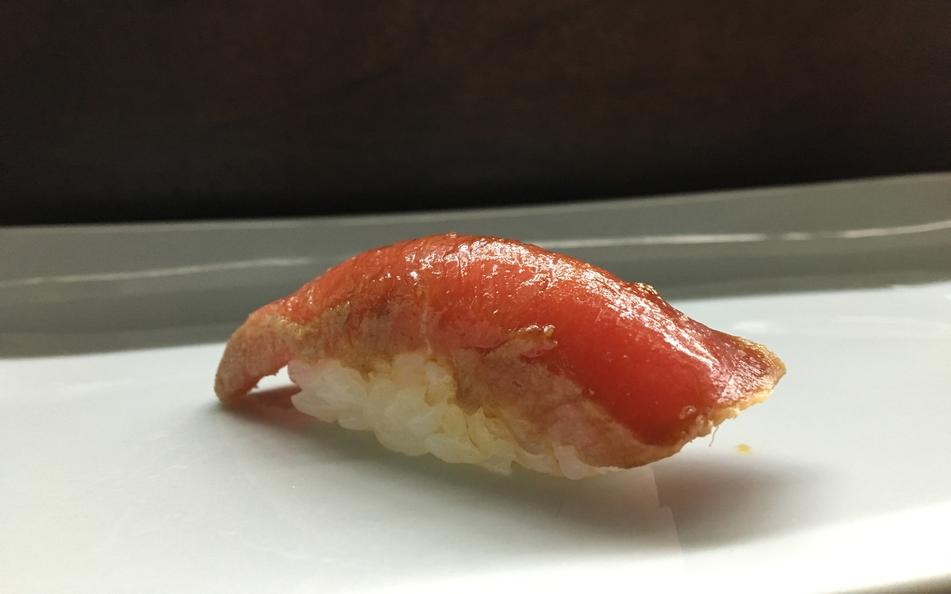 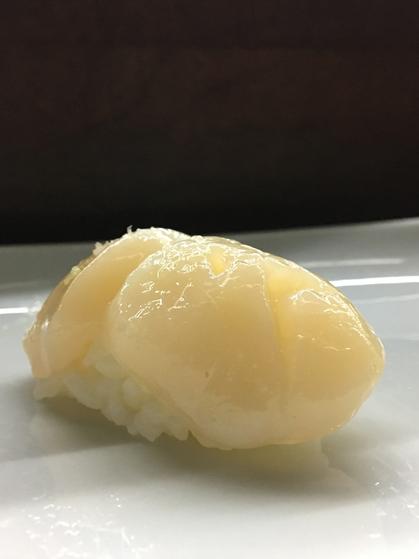 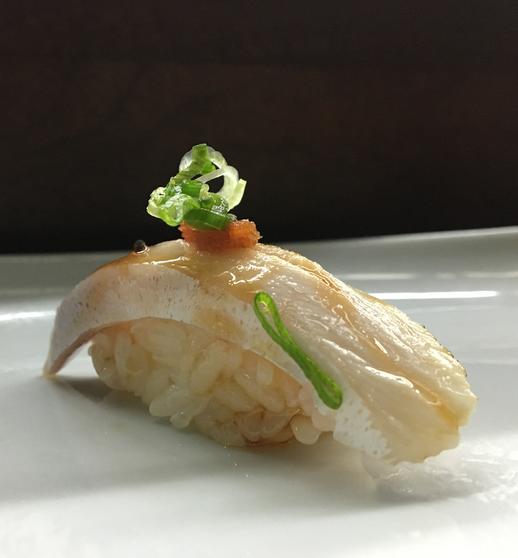 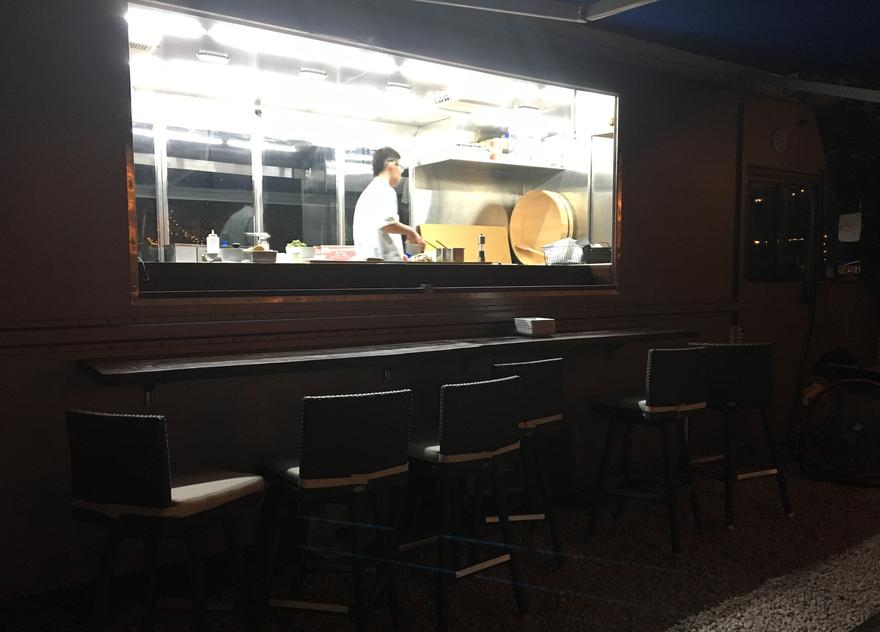