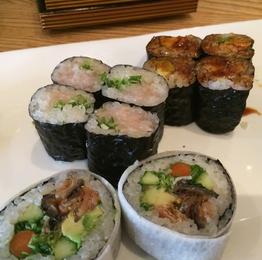 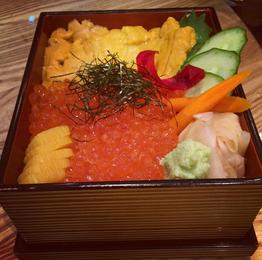 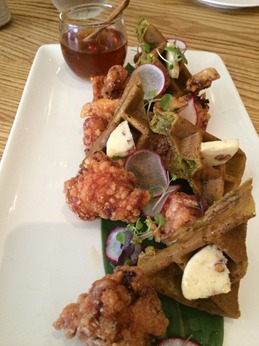 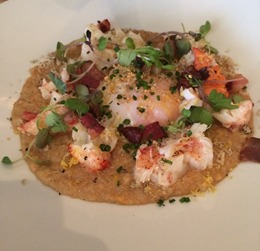 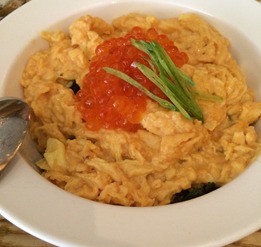 I’d take an educated guess that there are more reviews for Nobu than any other fine dining place. Completely based on anectodal evidence and observations, I would guess that is the case because Nobu appeals to tourists, foodies, snobby eaters, special occasion diners,  – basically a wide range of potential customers. For that reason, I’ve decided to try a little bit of a different approach for my Nobu review. Recently, “Nobu Next Door” (literally next door to the first ever Nobu located in TriBeCa) introduced a pilot “brunch” program. Yes , you read that right – brunch at Nobu. And it actually works.
​

The food is a mix between the standard Nobu classics (traditional sushi, black cod, etc) and brunch staples twisted for use in sushi. Take for example the "bagel and lox" (pictured above right), that substitutes delicious crispy rice for a bagel and an aioli instead of cream cheese. It's perfect for sharing, and is one of my favourite menu items. The other is the scrambled egg donburri with Ikura (pictured right), which may not be the most visually appetizing dish, but the Salmon Roe and scrambled eggs certainly work together.

Some other meal highlights included the Lobster Grits and the Chicken Kaarage and Green Tea Waffles (two pictures to the right), which are about as far from sushi as you might get on the menu. The Chicken was excellent, which saved the waffles which were a bit on the dry side. The Lobster Grits aren't for everyone - while I loved them, others at my table took one bite and were done. If you do take the plunge, use generous amounts of the seasoning salt.

​The Atmosphere was professional and inviting. Given how global Nobu is, I'm not surprised that the original location (and its offshoot) have well designed spaces and knowledgeable staff. In my four visits to Nobu Next Door, I have never had an issue getting a table - and from what I understand, the place is rarely overly busy.

So here's the thing about Nobu Next Door...I'd actually recommend the brunch. 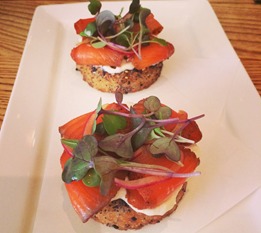