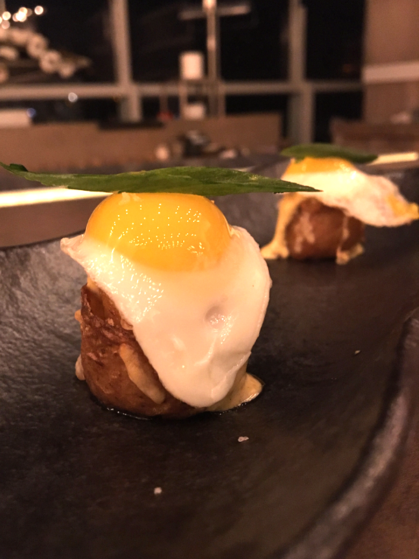 ​The concept of PREY is simple in theory, but obscenely difficult in execution: The restaurant only serves invasive species. You thought sustainability was the new buzzword in food? This restaurant turns the dial all the way up until everything on offer is some animal that has destroyed – or is destroying! – some ecosystem. So that being said, a fair warning about PREY - each dish has a unique name and unique ingredients, with the only requirement being that they are an invasive species. Thus, I found myself eating the "Crickleberry Pie", also known as sushi with goat's cheese, plum and crickets on top. This hybrid of a science project was served as part of what PREY calls the "Future Sushi Omakase".

For those of you who know me personally, or – plug alert – professionally, you’ll note that I love trying new things. So I enjoyed my foray into the world of Jiminy (of Pinocchio fame), as I did for the Cerdo Imperialisita, which is roasted pork (from invasive hogs) wrapped in potato skin with a sunny side egg on top.

But the concept fell flat in other areas. I get that the Lionfish is invasive in Florida, but did it have to be frozen? Even now, typing that last sentence gave me chills all over my body, a likely ramification from eating frozen Lionfish jerky. I was also disappointed that the Omakase was simply every dish on the menu – nothing special beyond that. Not helping mattes was when the accountant in me came out, and I actually determined that if I had ordered every dish a la carte, it would have cost less than the Omakase. 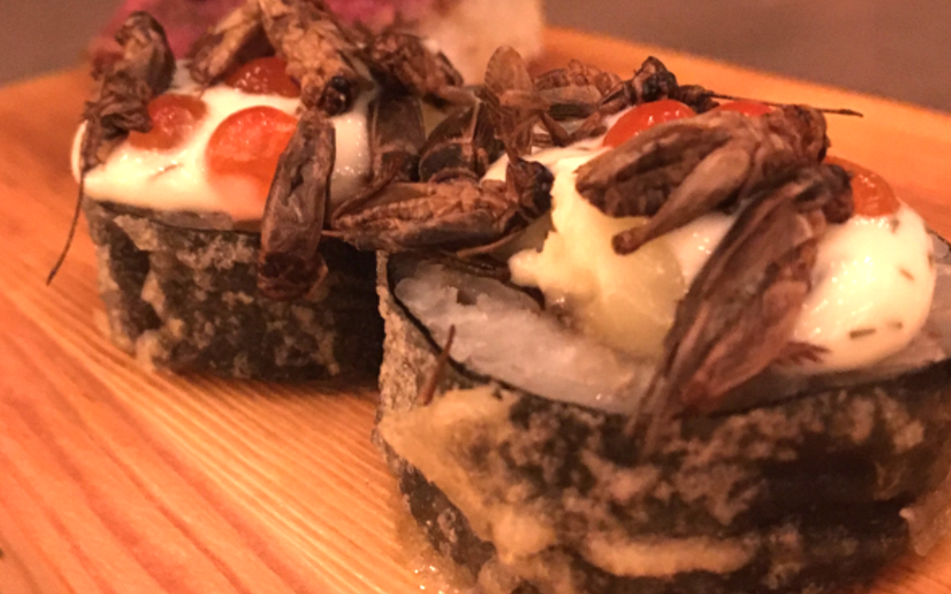 As unsatisfied as I was from the food, I was equally as blown away by the location. I’m not sure if it comes across in the picture above, but the sushi bar at PREY looks out over the Atlantic Ocean from 25 stories up. Quite simply, forget sushi -  it’s one of the best locations I’ve ever had a MEAL in - period. There are some drawbacks to this wonderful location though – it shares the space with a rooftop bar, which as you might imagine given the South Beach location – can get quite noisy. Miami also frequently deals with something called “rain”, which Webster’s Dictionary defines as “moisture condensed from the atmosphere that falls visibly in separate drops”. For some reason, PREY is unaware of this natural phenomenon, and has no mechanism – besides umbrellas – in place to keep customers dry.

A word about the chefs and service staff – they were all incredibly friendly, but there was just something off. Too often my food sat waiting to be served to me, despite the fact that I was sitting at the sushi bar. Too often the break in between courses was long, despite the fact that I was the only customer. The chef and the staff also seemed a bit inexperienced, which became evident the more questions I asked about the food, though they certainly did not lack for passion. My assumption is that some of these are symptomatic of the opening week; everyone seemed to have a strong work-ethic, so I am confident these issues will sort themselves out over time (if PREY is more than a pop-up). For now, I would not visit a second time. 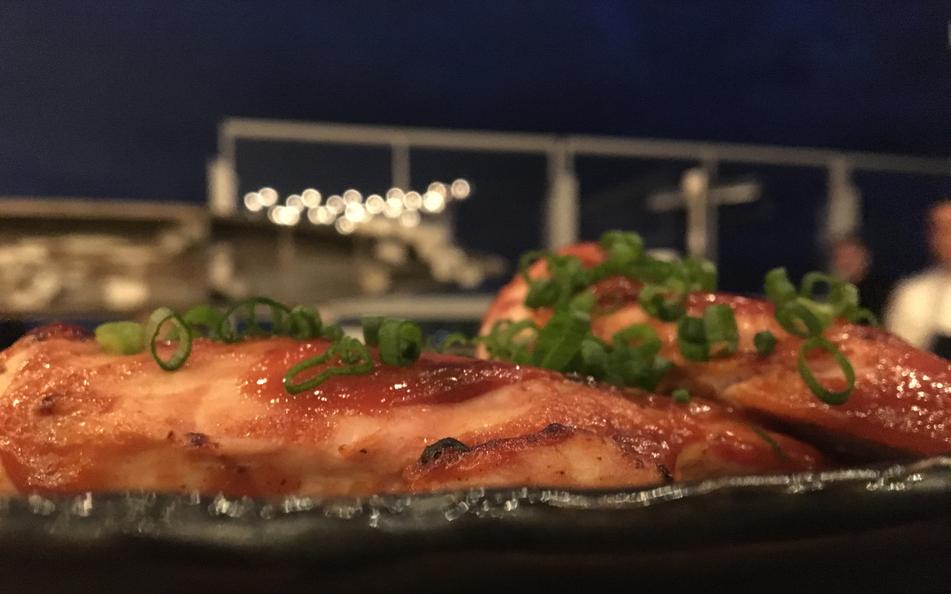 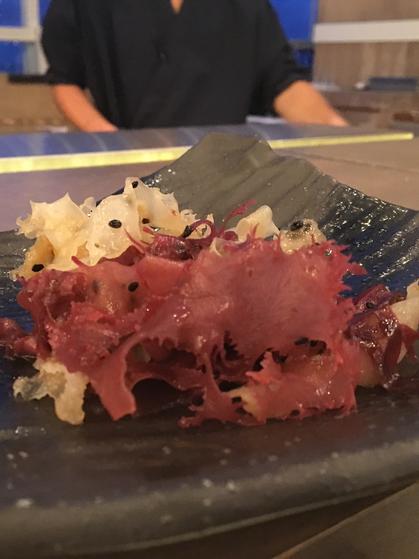 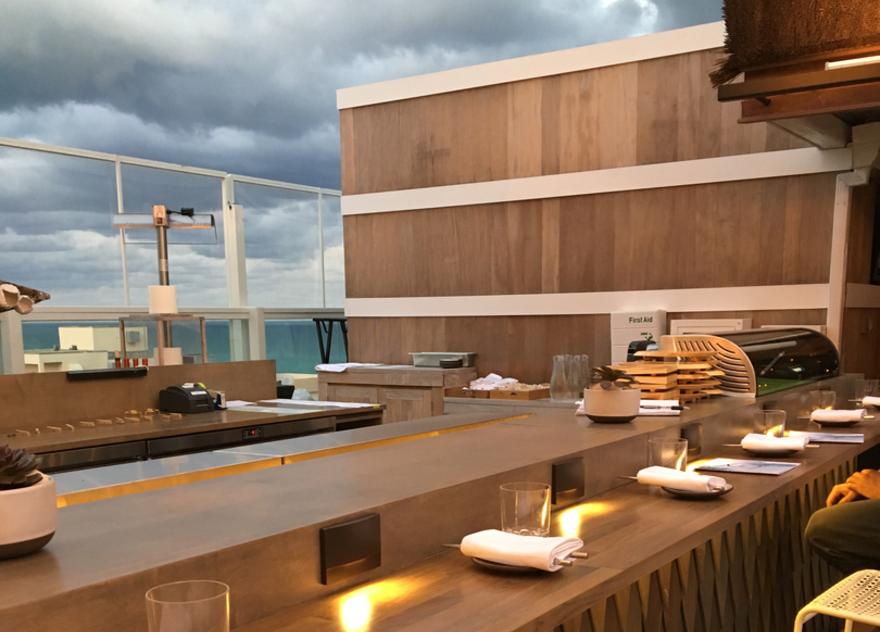 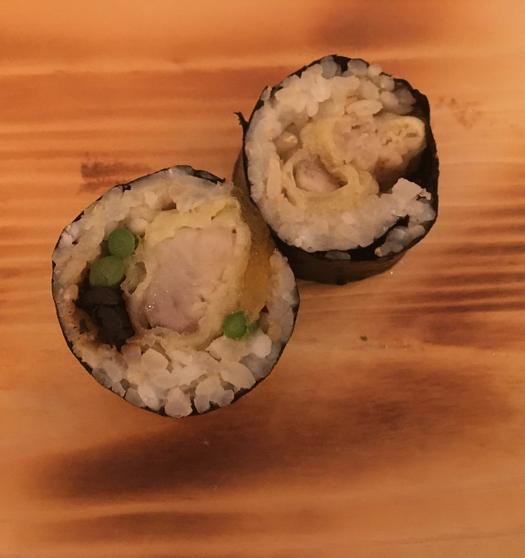 But then the door opened to the stairwell and ten more folks were led in by the hostess. To say I was confused is putting it mildly; so I waited. I waited for the chef to finish speaking, for everyone to ask all of their terrible questions and for us to be taken back to the sushi demonstration station. And then something inside me snapped: “I made a reservation for dinner at 6:00 PM - do you think it will be much longer?” I asked. Confusion. And then – “well chef is going to demonstrate maki to the group and then – oh wait, are you not part of the maki demonstration media event??”.  No. No I was not. I was there for a nice, normal omakase with an incredible view of the ocean. But as she lead me over to the empty sushi bar to begin my meal, I realized that the reason that the host assumed I was there for the media event, was because the very idea that someone would come here for omakase on a Saturday night was less absurd than the alternative. And that was a bad sign for my hope of a nice, normal omakase with an incredible view of the ocean. But I settled in anyways. 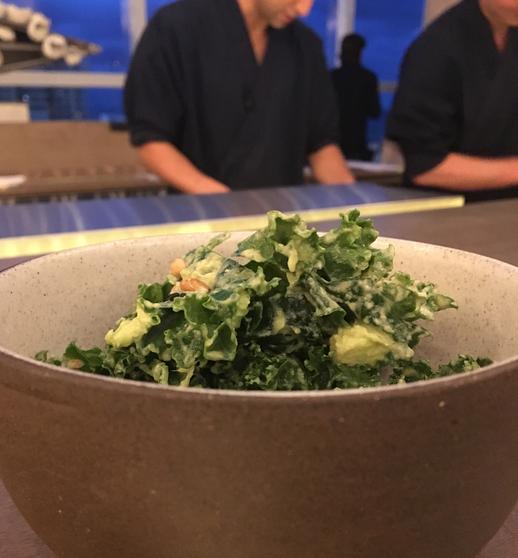 "What in the world is going on?” If we’re going to pretend I was playing jeopardy on February 28th in South Beach, "what in the world is going on" would have been my response to “This was the thought running through The Sushi Legend’s head at 6:15 PM”.  That’s because, despite my 6:00 PM reservation, I was standing in a stairwell listening to Chef Bun Lai explaining the philosophy behind PREY, the pop up restaurant residing on the roof of the One Hotel. I was joined there by someone who looked like a reporter – either that, or they were recording Chef Bun on an iPhone for a very bizarre purpose. As I listened to the diatribe, my mind raced – why had they brought me here after I checked in? Well – as I had made the reservation through my TheSushiLegend.com email address – maybe they wanted publicity?