See, the crazy thing about Saki is that the sushi is actually good, perhaps even leaning towards great. There are plenty of menu choices, but the $40 omakase immediately jumped out at me, comprised of 10 pieces of nigiri, choice of maki and a soup or salad. The waiter though, didn't exactly inspire confidence; the nigiri - he told me - changes daily based on what's fresh. Why would that worry me? Well for a restaurant so empty, I wasn't sure how in the world it was possible to bring in fresh fair daily that was likely to not be eaten. The good news though, is that Saki either doesn't care or has horrible economic sense, because the nigiri was fresh and it certainly was delicious.

I'm nothing if not a traditionalist, so I sat at the sushi bar and dove in. The sushi chefs (yes, plural) kindly acquiesced to serving the omakase in two platters (instead of one), and I always will recommend that others ask for the same allowance. Why? Dividing up your meal into courses keeps you from overeating, which not only is healthier, but - more importantly - makes each piece more enjoyable (seriously, would you rather eat delicious food on a full stomach, or an empty one?). Count Saki as one of the few sushi restaurants that have realized how incredible a combination squid (ika) and uni are (see bottom left), especially when the scallop is torched. But the true highlight of the meal was the rice, which was so perfectly seasoned and warmed that I almost ordered a bowl of it solo. Truly impressive. 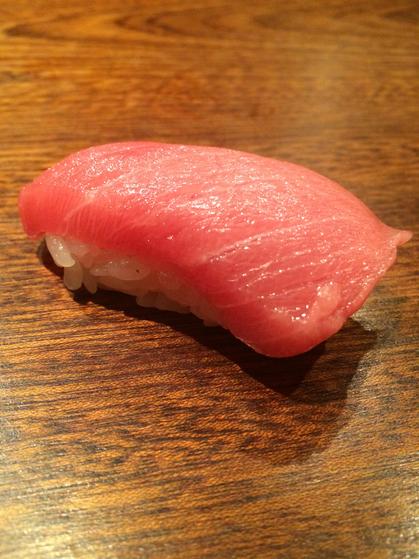 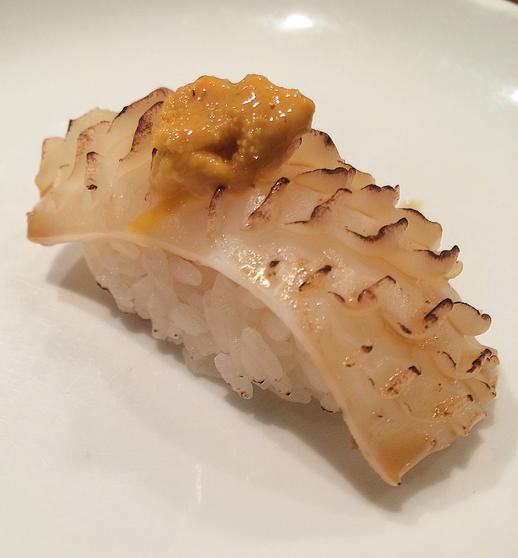 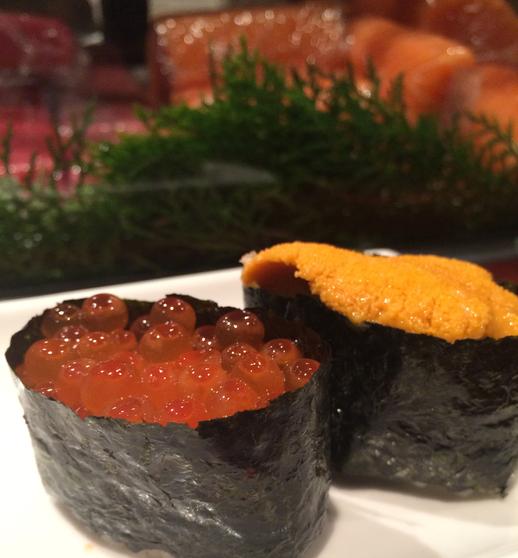 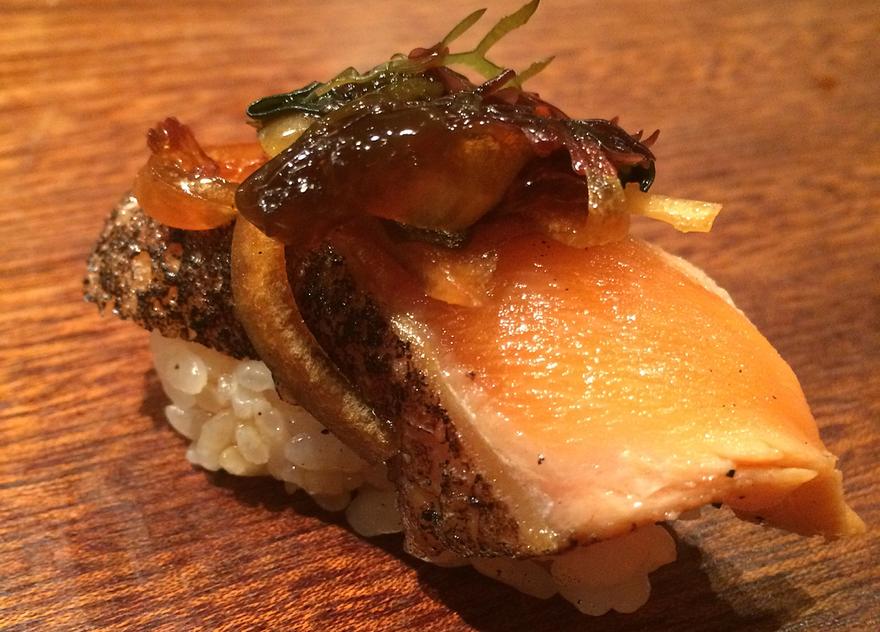 There is nothing more depressing than an empty restaurant.  The basic tenants of food service are that strangers eat the same food at the same time from the same source; it's communal in one sense, but isolationist in another - I would call it a paradox, if I had any full grasp over what that word actually means. But when you're sitting alone in a restaurant with a 75 person capacity, you have a lot of time to think about philosophy, and what it means to be alone in a setting that was designed to serve far more than one person. The best way to describe it, is to imagine going to dinner at a friend's house, only the friend and his family just watch you eat the entire time. 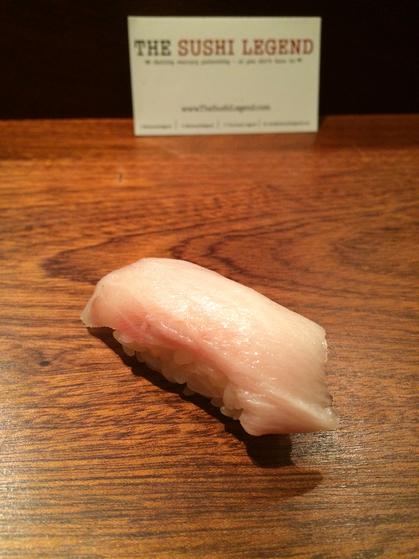 As I'm sure you've gathered by now, that's how my experience at Saki started - with two of my buddies, three sushi chefs, five waiters, two hostesses, and zero other customers on a Sunday night. Saki used to be called Kotobuki, before the folks behind Sushi Seki got their paws on it. I wasn't that enamored with Kotobuki to be honest - I found it appealed to the masses without actually having good fish - but walking into a bare cavern during dinner service made me wonder if the haydays of Kotobuki wouldn't have been the worst thing in the world. And then I ordered the $40 omakase and tried the food.

Please go to Saki and help it stay in business....

Saki has all the atmosphere of an abandoned amusement park - let's just get that out of the way. Part of the problem is that the space is wide open, which only enhances the empty restaurant. The sushi bar is beautiful though, tucked away in the corner with a view of the front of the restaurant to the customer's left. The tables are standard, scattered throughout the restaurant, but a warning: if you're like me and prone to take 83 pictures of each course, the lighting is not great. The waitstaff and sushi chefs are helpful, but given that there was 1 of me and 18 of them, I expected nothing less. For everyone's benefit, give them a try and drop me a line on e-mail, facebook or instagram to me know what the atmosphere is like at a busier time. At the very least, they could use the business, because the sushi is incredible, and the rice is some of the best I've had in New York City. 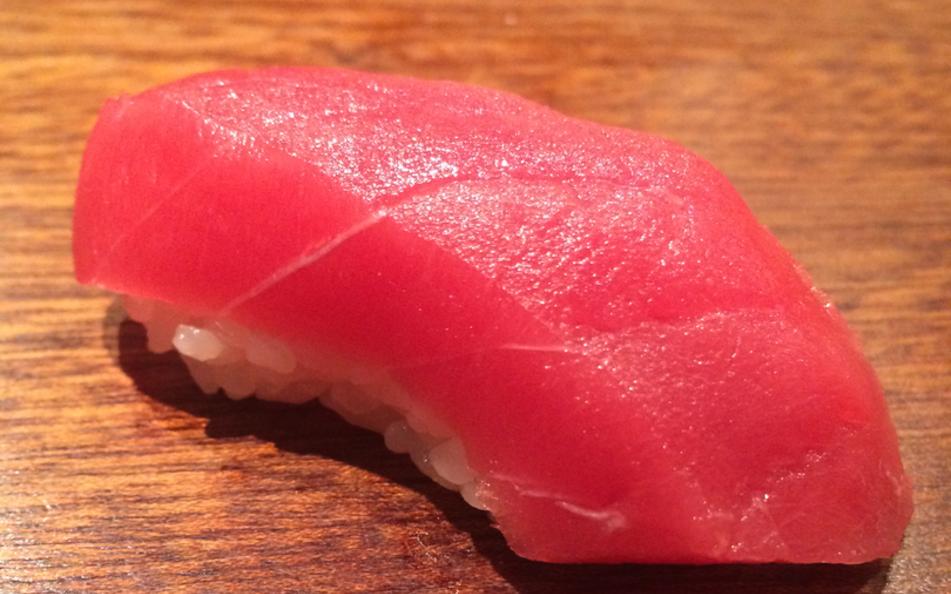 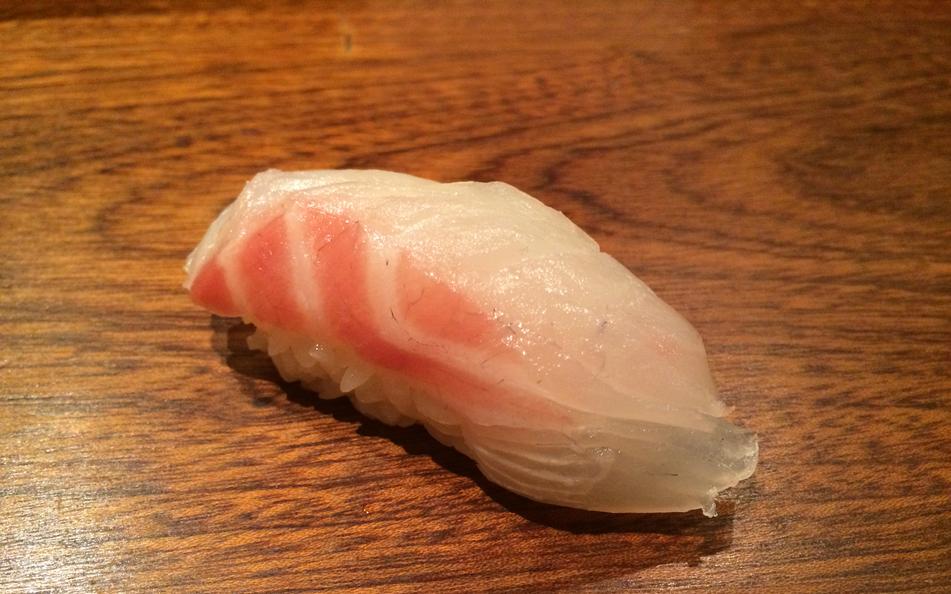