M idtown Manhattan is the last area of New York City that I would willingly visit. Unlike virtually every other neighborhood in New York City, midtown replaces nascent character with tourist soullessness. I'm not sure whether it's Central Park, the rows of designer stores or just plain old groupthink, but the first reaction of my visitors is usually just to stay in Midtown, at which point I heave my body in front of that idea like a galloping deer. Unfortunately, so many others aren't as lucky, which means there's absolutely a market for quality sushi in the concrete cesspool. Rents are high, which pushes most of the excellent sushiya to the outskirts, but some do exist: ​Nare Sushi​, hidden deep in an office building is one. Satsuki, also hidden, but within another restaurant (it's like Sushi-inception), is another.

One of the hallmarks of Satsuki is the way that Suzuki-san presents his fish. The top of this post isn't just for the likes as the kids say; Suzuki-san really parades his wares pre-meal to each audience member. The service staff is as gracious as they come, friendly and present, while remaining mostly in the shadows. Satsuki itself is a nondescript, unassuming room in the basement of the multi-tiered Suzuki, a multilevel restaurant in an office building in midtown Manhattan. That bigger home was mostly empty during my Friday 6:00pm seating, which could lead to the awkward situation of the sushiya supporting the behemoth kaiseki restaurant that surrounds it. In the meantime, Satsuki​ itself is worth a visit, particularly at the reasonable (by New York City standards) price point during the early seatings.
​ 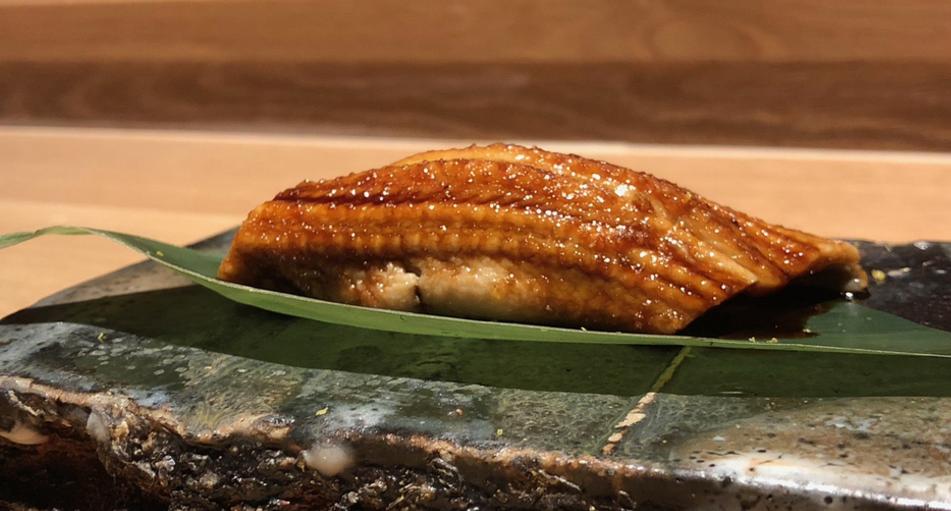 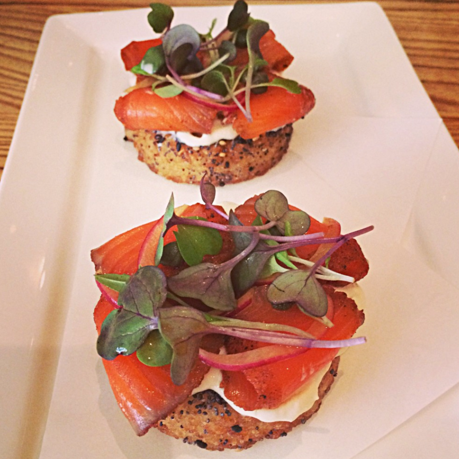 Fortunately for yours truly, this wasn't a one piece Omakase. Aori-ika (squid) was next, a rubbery tane (nigiri topping) that is made immeasurably more delicious by the sweeping cuts of Suzuki-san's knife and the hat of ginger on top. Kohada​ (gizzard shad), a hikarimono​ (shiny fish) with kelp (pictured below), and Bonito (pictured two pictures above)​, are an acquired but welcomed taste, even if you're the type that doesn't like their fish "too fishy" (you know who you are). ​​

Satsuki generally only offers a $250, full omakase, which takes approximately 2 hours and features both sushi and cooked dishes highlighting seasonal ingredients. Given its theatre district location, Satsuki smartly also offers a sushi only omakase​, at about half the cost ($130) in about half the time. The catch is that you have to get there at 6:00 pm, so that's why I found myself eating at the same time as my grandparents one Friday evening.

​
Besides Sushi Ginza Onodera, I find it difficult to recall a sushiya of similar repute to Satsuki offering a more reasonable menu option. So internally, my level of excitement was at about a "John Malkovich-is guest starring on Billions" level.  Unfortunately, the start was auspicious. The first piece of nigiri​, Chu Toro​, had loose shari (rice) that fell apart the second I picked it up, which can sometimes happen when the rice is too loose. 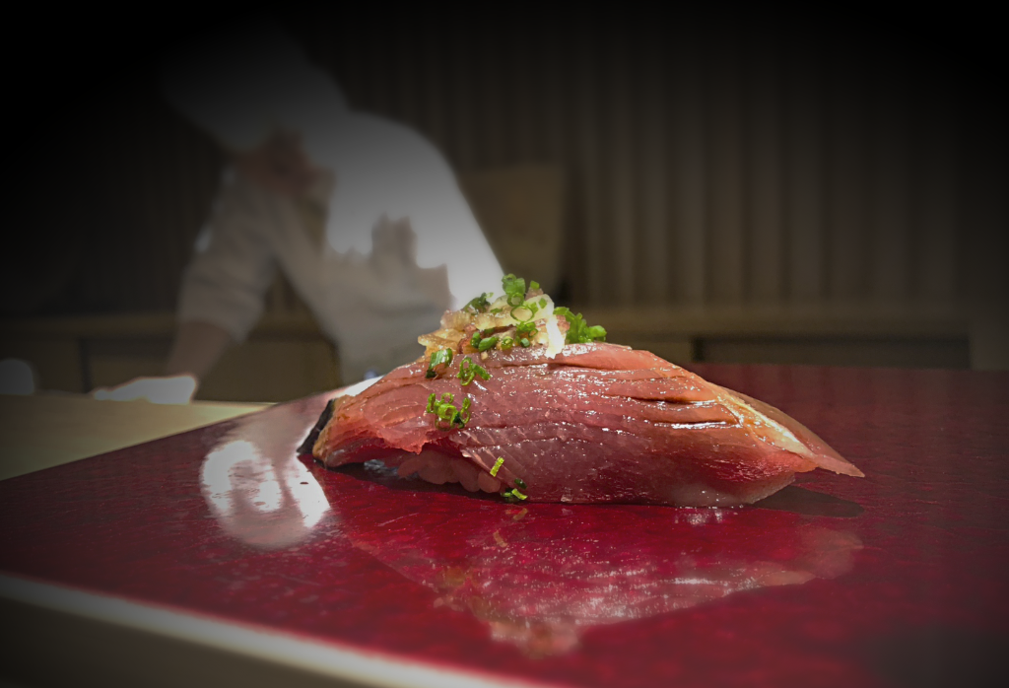 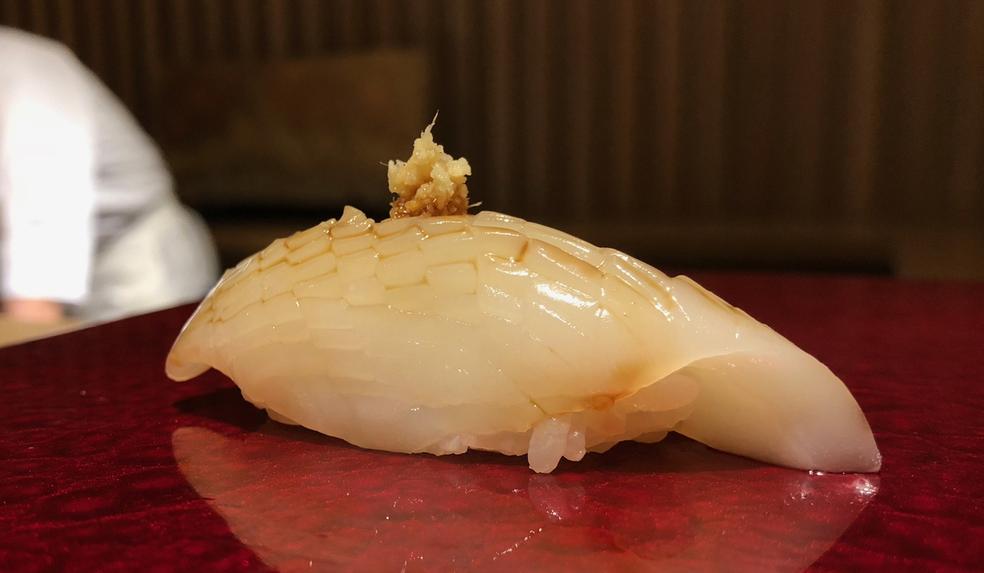 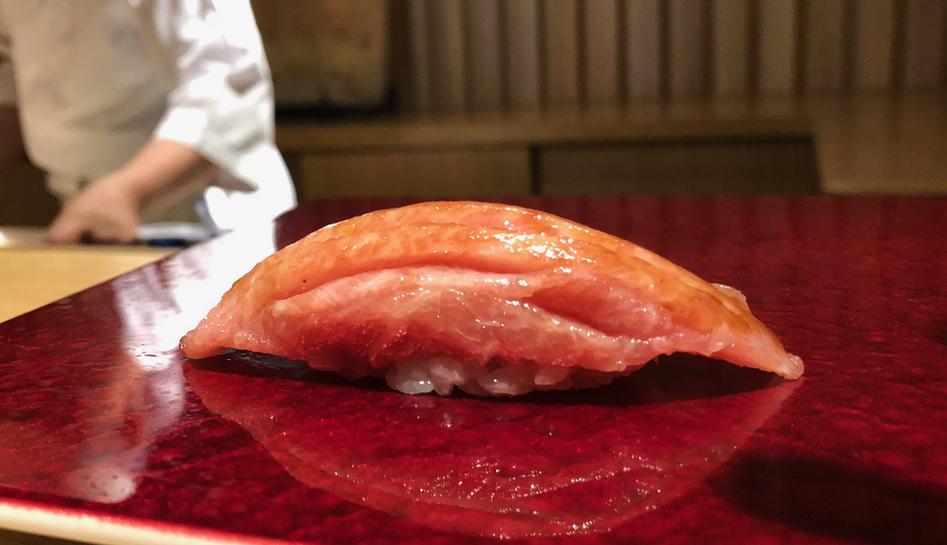 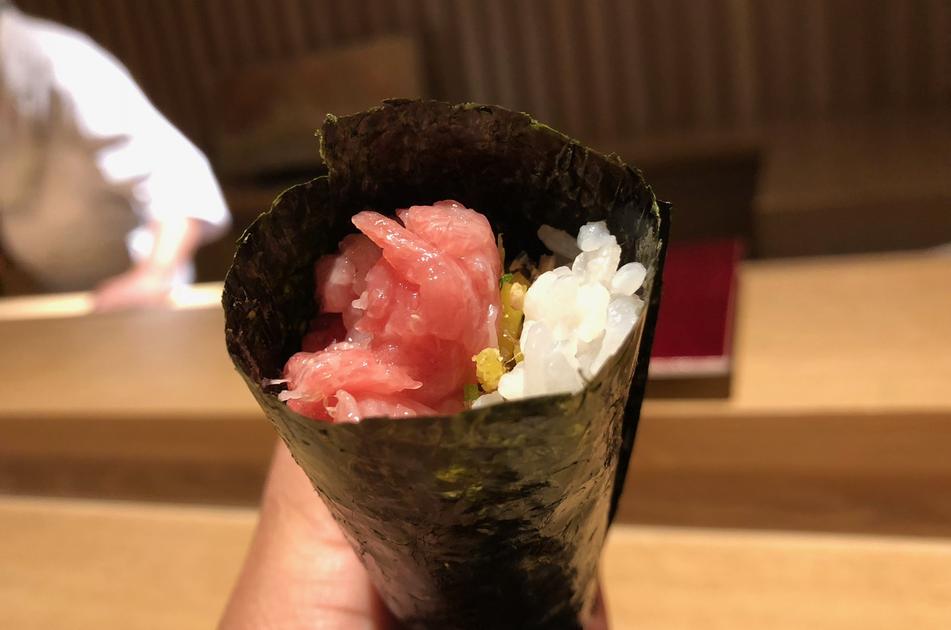 To their credit, and like the aformentioned Ginza Onodera, Satsuki still bring their best, even on the lighter menu. Akamatsu (or Black Throat Sea Perch), is lightly torched, a common technique that heightens its fattier texture. The fat staircase rolls on with the next piece of nigiri, ​Chu Toro, heavily brushed with shoyu soy sauce. O toro, fattier tuna meat from the belly, gets more publicity, but to me, Chu Toro is just as appealing. It's balance makes gives it a more complex taste, and because it's more readily available, I've found it easier to place the comparison game between sushiya. 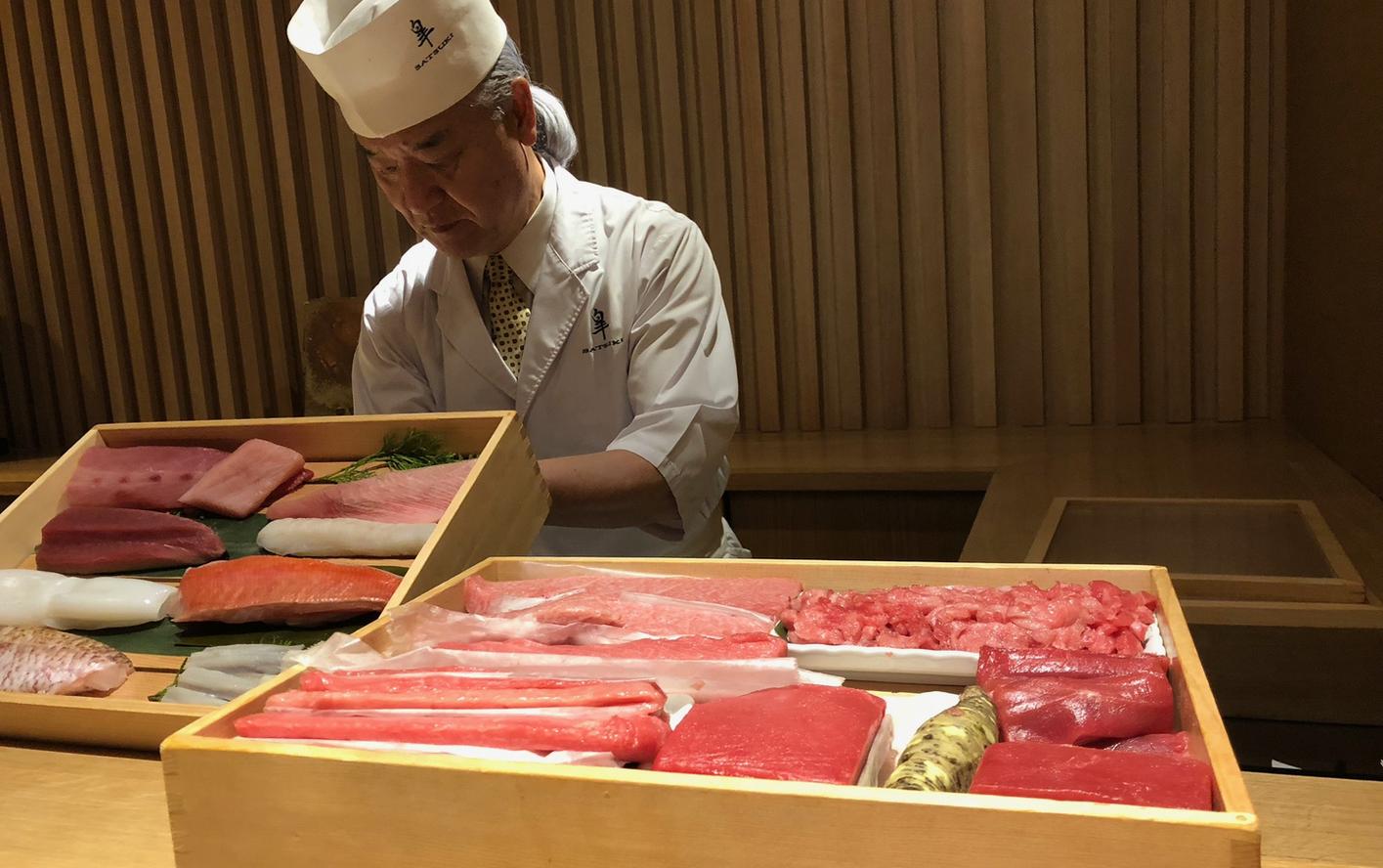 ​Satsuki​ is the brainchild of Toshio Suzuki and Kentaro Sawada. Suzuki-san's name is revered in New York City sushi circles; he closed his previous restaurant, Sushi Zen, in 2016 after a run of 30 years establishing the art of serving raw fish. Here, Suzuki-san is content to utilize his years of experience to form and describe nigiri to patrons at the 10 seat counter inside Suzuki, one of 3 concepts inside the parent restaurant (the other two feature Kaiseki and an izakaya vibe). So despite the fact that Satsuki literally couldn't be more in midtown, I braved Cookie Monster, the Naked Cowboy and Elmo, all in the name of the Sushi Life. 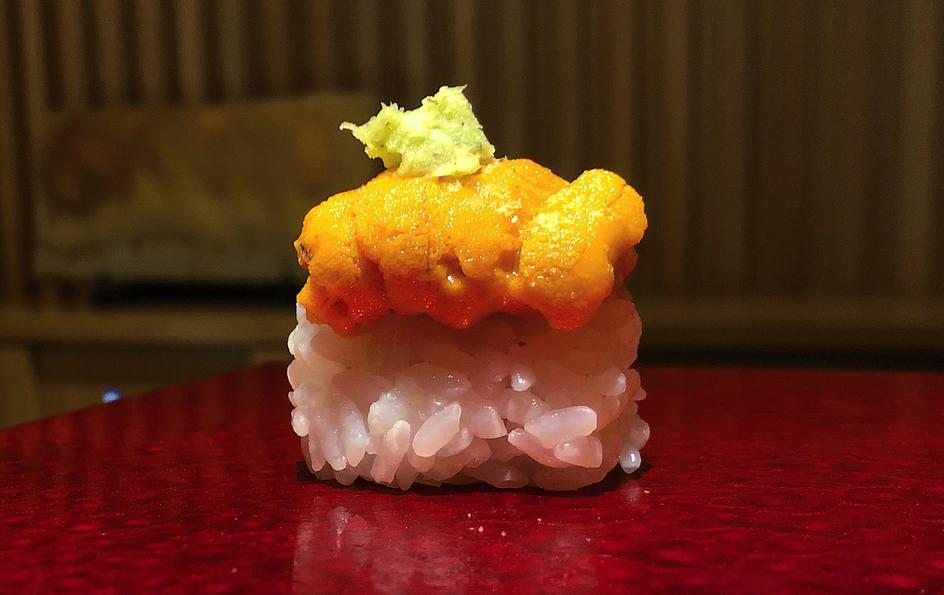 Anago, or saltwater eel, concluded the nigiri service. Unlike many fish, saltwater eel are in season year round, and are served nimono, which means simmered (rather than raw). Like it's freshwater cousin (unagi), Anago typically is brushed with a thick tsume ​reduction, which in layman's terms is a sweet, thick "sauce" made from eel stock, sugar and shoyu. If you'd had eel before, you've likely had some variation of this classic, edomae sushi ​staple. Suzuki-san serves his on a fresh, decorative plate. 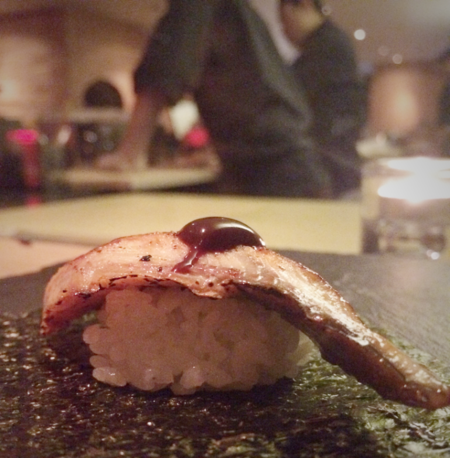 Other sushi restaurants in the area 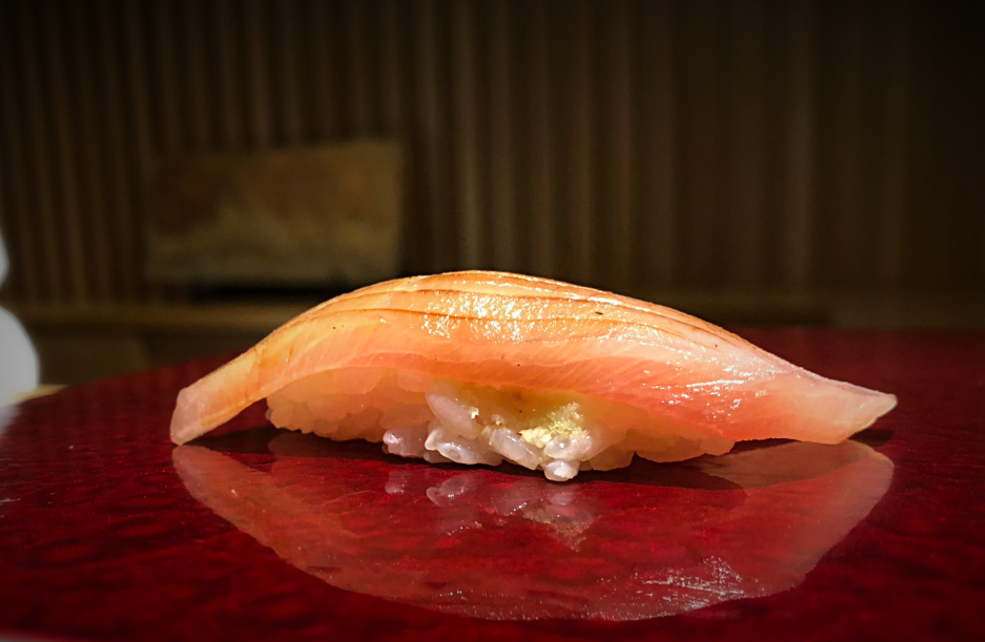 Uni, which followed next, signified that the 10 course omakase was in the homestretch (it's generally a served towards the end of the meal). One of the hallmarks of quality Uni is the consistency. I can't take credit for this gem, but a good rule of thumb is "if it's runny,  it's definitely funny". That's one of the reasons that Uni as nigiri will typically be served Gunkan-style, or with nori wrapped around the outside like a cradle: it helps keep the Sea Urchin gonads firmly on top of the rice. In this case, it's unnecessary. 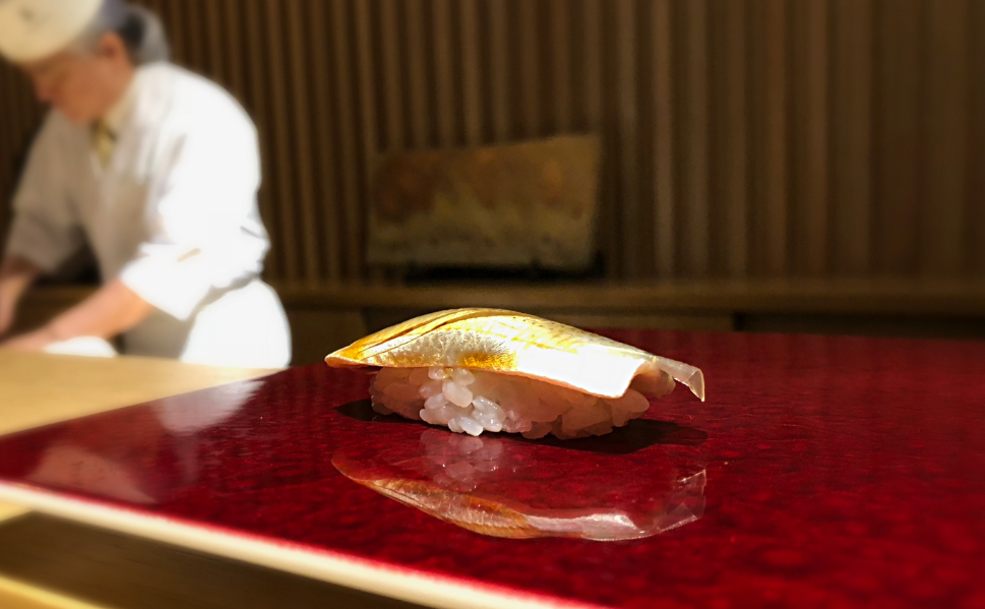 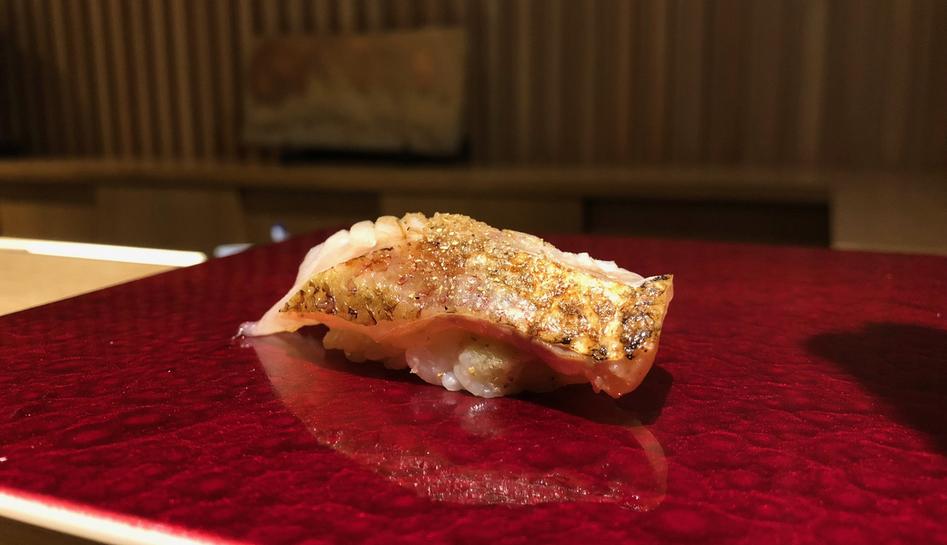