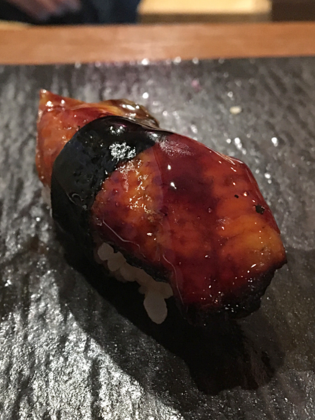 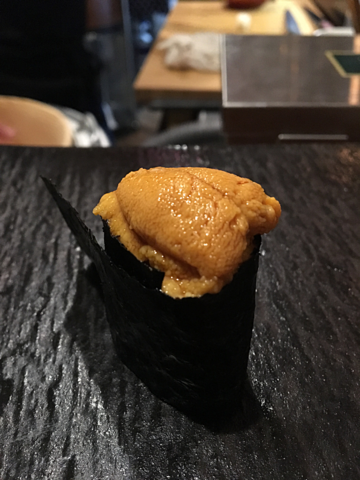 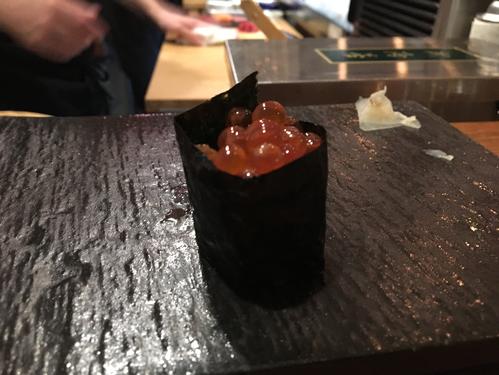 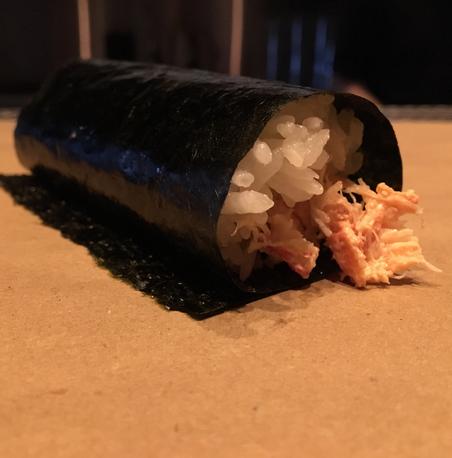 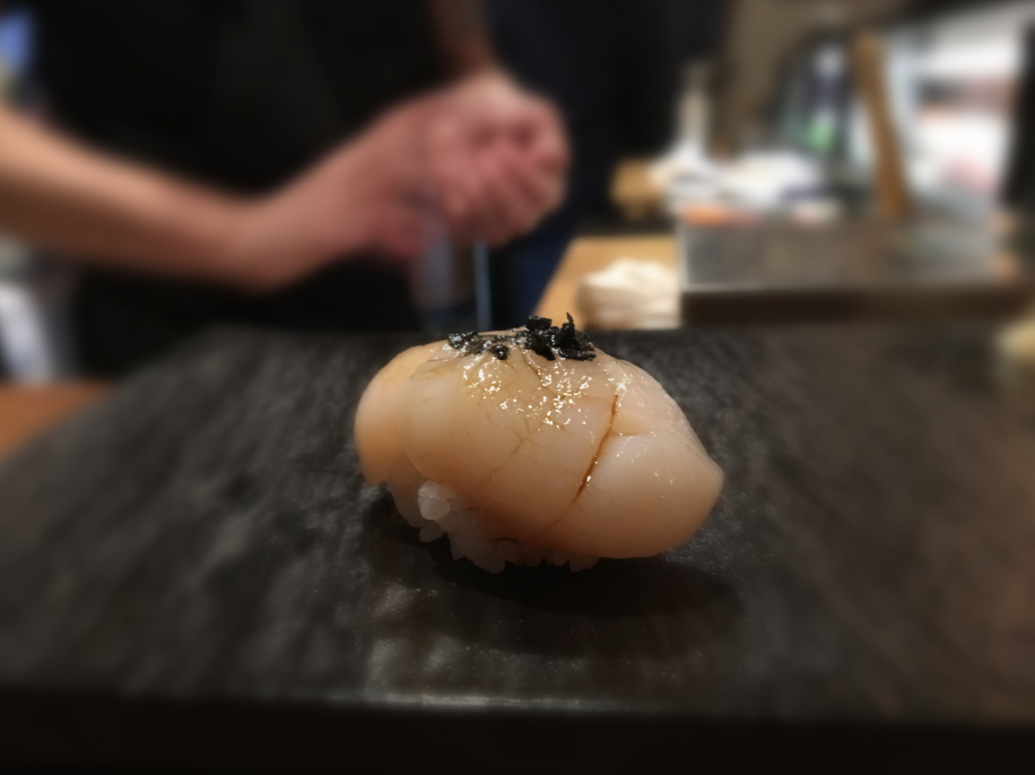 Sushi by Bou at the Sanctuary Hotel isn't the first David Bouhadana New York City sushiya I've visited or reviewed (that would be his old flame, Sushi Dojo). It's not even the second (Sushi on Jones) or third (Sushi by Bou in the Gansevoort Market has that honor). But of the now four visits I've made to Bouhadana haunts, three of which were focused on an efficientomakase, the subterranean version I visited in August 2017 remains my favourite. Which isn't to say that I disliked the others (I was definitely impressed); but when you're on the back end of a trilogy, it's not enough to simply run back the classics (warning you now John Wick 3....).

At Sushi by Bou at the Sanctuary Hotel, the maestros take a familiar concept - Bouhadana's trendsetting $50, 30 minute omakase - and instead of completely reimagining the menu, completely reimagine the space. Sushi, like any meal, is of course about the quality of what you're eating. But it's also partly about your surroundings, because duh, we're human beings with senses beyond taste. The space at The Sanctuary, down a flight of stairs, through a neon-signed door and into a chic, understated and buzzy space, will trigger all of those senses. 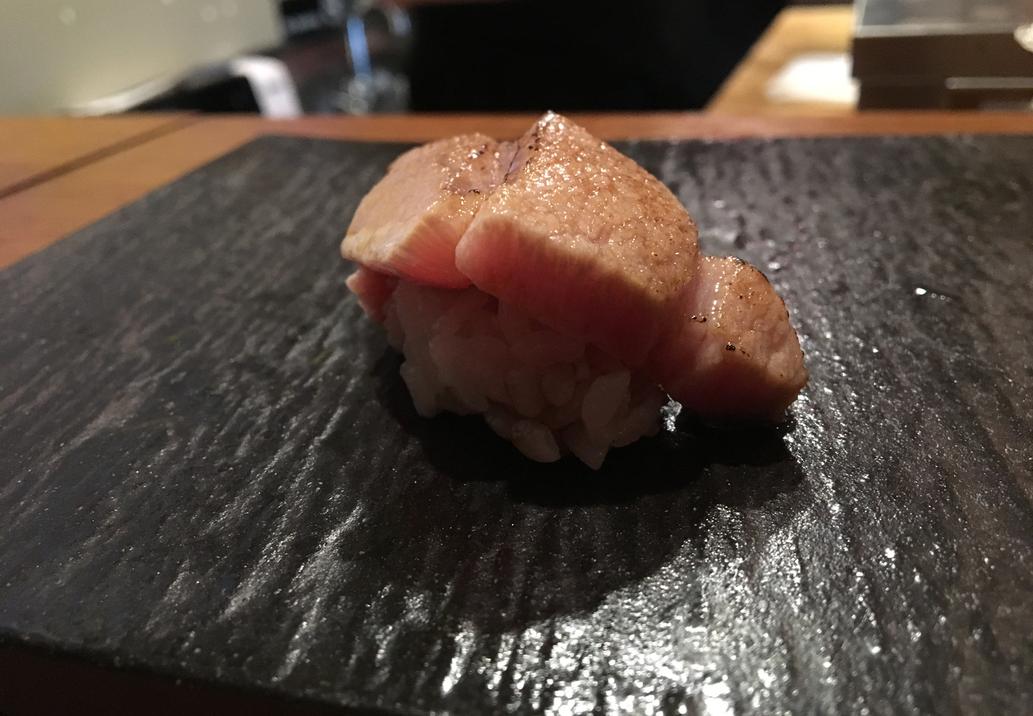 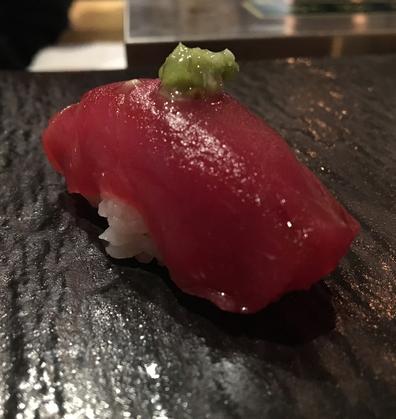 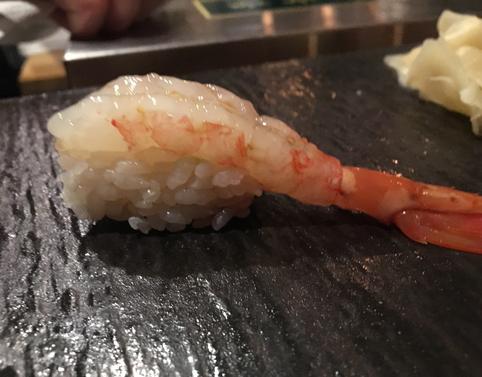 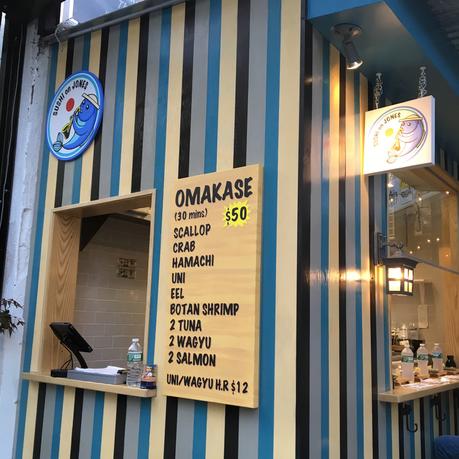 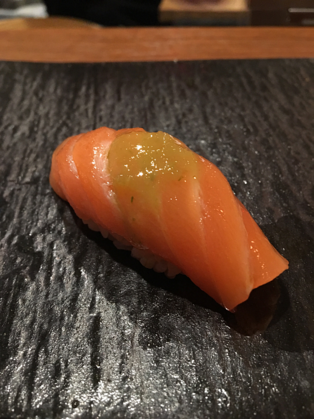 The atmosphere at Sushi by Bou - Sanctuary Hotel is part 1980's in Miami, part subterranean sushiya. I visited Sushisho Masa in the Rappongi Hills area of Tokyo in 2016 (a review I've been struggling to find the time to write), and the walk down the stairs felt similar, though of course the pageantry and pomp do not. At any given time, up to 8 Customers can sit at the counter, though the famous timer beeps when your turn is up. That may seem impersonal, but Bou makes up for it with the friendly demeanor of its staff and, of course, it's eponymous itamae, Chef David himself, who treats longtime customers the same as first time visitors and is all too eager to explain his menu to any who ask (and some who don't). Worth a visit.

Like his previous stops at Sushi on Jones and Gansevoort, Bouhadana hangs the menu behind the counter (pictured right), which removes the awkwardness that some of you (myself included) might have experienced from asking "what is this" 12 times in a row. There's nothing too unique to familiar sushi addicts, but the hits certainly are all there: Hamachi, translucent with the bright red streak of the bloodline showing its freshness, starts things. Akami - the lean, dark red cut of tuna, is unironically served twice in the second spot. One piece is layered with wasabi and one with ginger - if you can't tell which is which, this mightttt not be the blog for you (we still appreciate your support!).

Bouhadana is one of the few that offers shiro-maguro in an omakase, for no other reason that Albacore Tuna - aka the stuff from the can - is notoriously tough. Bouhadana uses the blowtorch, a tool which I'm skeptical of for years because it can be a crutch. In this case, it vastly improves the quality of the shiro maguro. The "Wagyuni", which is exactly what it sounds like, is well balanced, but I prefer Bouhadana's Uni. Served gunkan (battleship) style, you'll be hard pressed to find more generous portions (see picture to the right). The real star though, is the Hotate (Scallop, pictured below). Hotate can be bland if frozen first - this was as fresh and as flavorful as I've had.

For some, the uniformity of the day-to-day menu might be a drawback. But to be frank, that's part of the deal: if you want a daily changing omakase, you'll likely be paying and sitting three times as much. And Bouhadana is clearly onto something: just yesterday, Sushi Seki announced their own omakase lite. After visiting and reviewing Seki three years ago, I have a suspicion I won't be switching my preferred provider anytime soon. 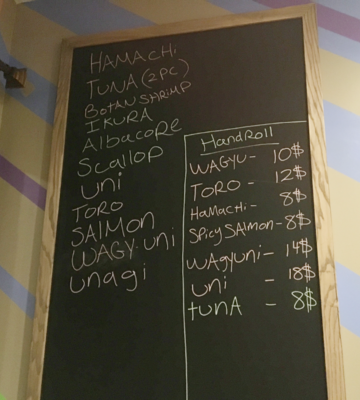 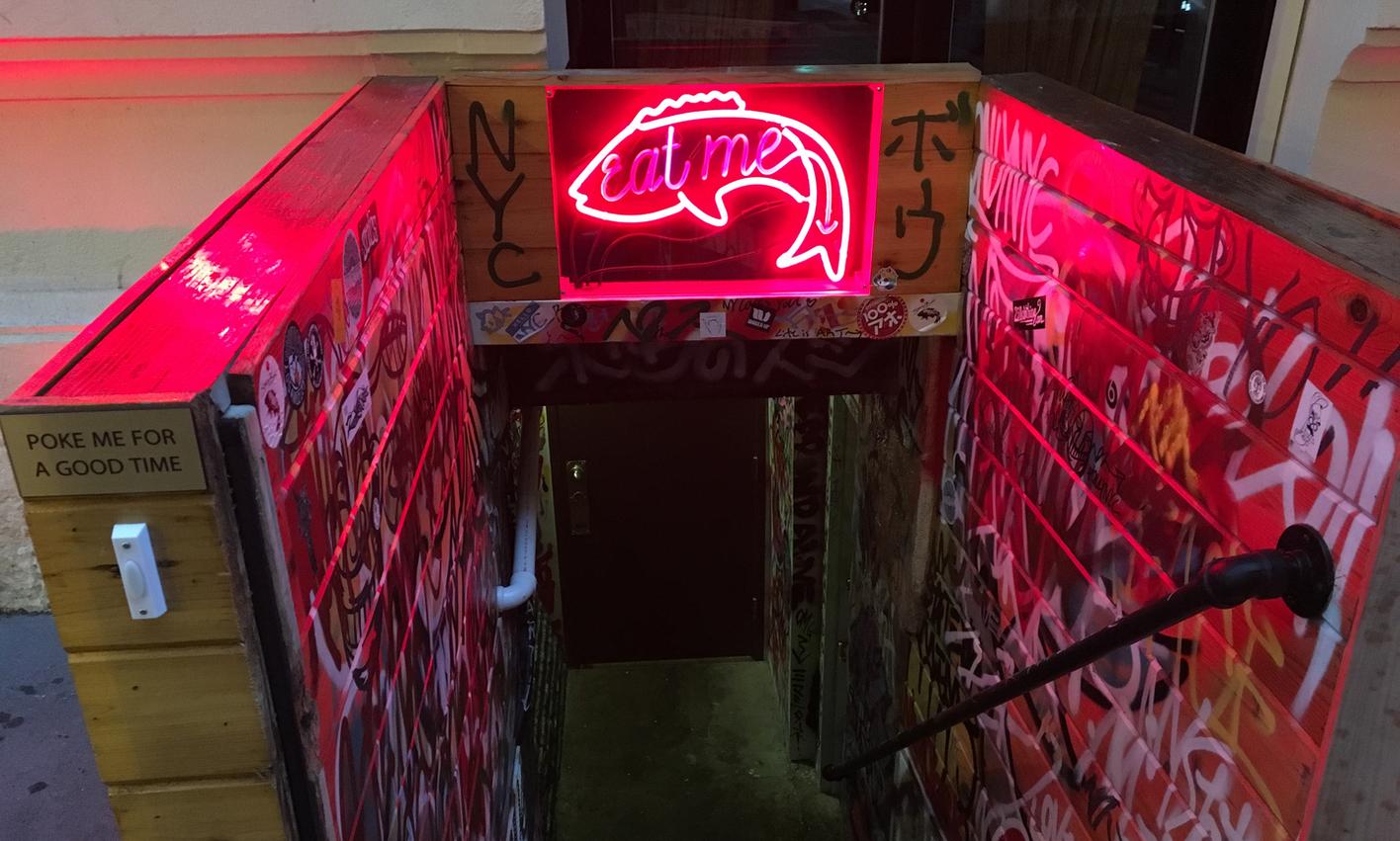 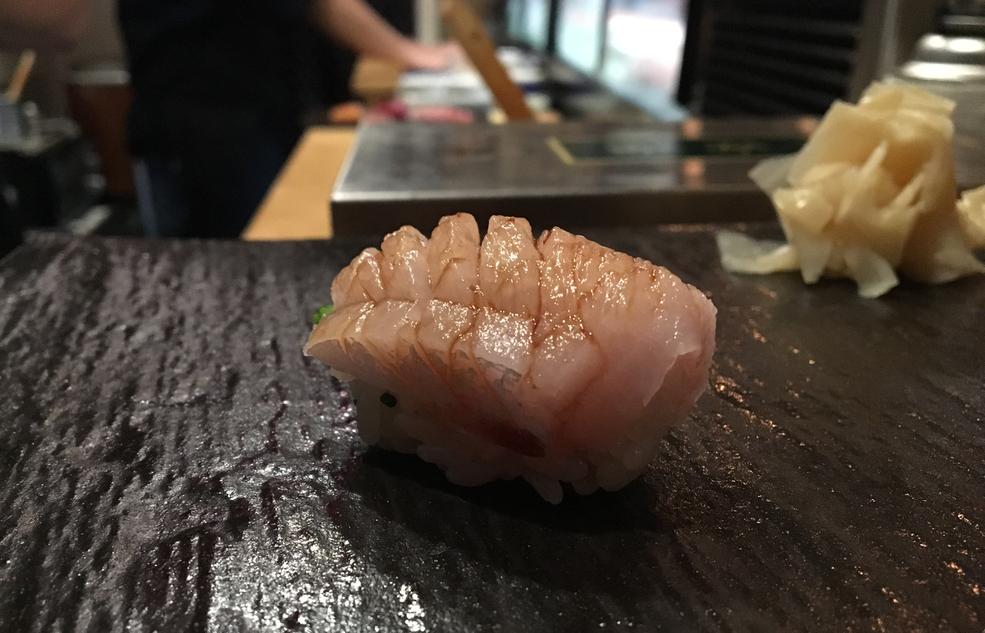