About a week before I wrote this review, they released the Michelin star awards for 2016. And while Sushi Inoue was nowhere to be found, that doesn't mean the news was bad for the small sushi joint in Harlem. You see, Sushi Inoue only opened in 2015. And it opened with about as much fanfare as that local corner store  that sells flowers that fall apart. But looking at the Michelin list, a curious theme emerges when you zero in on those fortunate sushi souls that secured their spot. All are omakase-focused. All are small, dark restaurants with passionate chefs that oversee the entire operation. And all deliver on fish, rice, and service. Alright fine, they also all charge a fortune, but that's neither here nor there.

You probably already figured out where I'm going with this: Sushi Inoue is just as good as most- if not all - of those michelin starred restaurants. And you can write this down (I guess I already did, but work with me here) - Sushi Inoue will be considered in the same breath within a year.

To be considered among the best in the United States, the sushi has to deliver. That doesn't mean just having an assortment of maki that tastes delicious. It doesn't even mean having chopped tuna tartare with egg on top (I'm looking at you, every fusion restaurant ever).

What it does mean is having rice that is room temperature, soft (but still crunchy!), and lightly touched with vinegar without being too bland. It means having fresh fish, properly aged, cut, and seasoned as necessary. It's like finding a mate - when you know, you know​.

Let's take a quick step back before I lose your eyeballs: Sushi Inoue does have a menu, which features as much diversity on fish and nigiri that you could possibly expect.(yes, even baby abalone). There are also omakase options and sushi platters if you're feeling adventurous and/or hungry, which run between $50 and $80 if you are sitting at one of the dozen tables that line the restaurant.

The real beauty though comes from sitting at the sushi bar, where chef Shinichi Inoue expertly oversees all 14 seats, with only two options on offer: The $100 Omakase, which me and Mrs. Sushi Legend chose, includes Miso Soup, a modern bento box (pictured right), quite possibly the biggest oyster I've ever had in my entire life, 12 pieces of nigiri, and a sponge cake. The Miso Soup was a bit bland, possibly because it wasn't done well, but more likely because it's a different (read: more authentic) version than Americans are used to. But the negatives (or the possible negatives)? They end there.

Chef Inoue is personable, but it's not his demeanor that made me so impressed; it's the knife skill...it's the quality of fish...and my goodness it's the absolutely incredible finishing touches he puts on each piece of all 12 courses of nigiri. Yuzu salt is sprinkled with a delicate touch. The Ikura - thought by some to be the best in New York City - is topped with a touch of ginger. Soy sauce is used - sure - but sparingly. Most importantly, the fish/shellfish is allowed to hum for itself. Look at that Anago (sea eel) on the right for instance - it's dark because it's torched, and not because it's smothered in eel sauce. It's no coincidence that it was the best Anago that I've ever had.

The bar at Sushi Inoue is comfortable and open, with perfect lighting for a romantic ambiance. And yes, it's also perfect lighting for picture taking if you're one of those people that takes pictures of their food for a blog, though that must be prettttyy embarrassing. The one issue with the restaurant is the area surrounding that beautiful sushi bar; with the lighting, the square tables and the open windows, it could be any run of the mill sushi restaurant. Which - if that's the look that the owners are going for - is fine. But then Sushi Inoue should be prepared for a stream of customers who sit down, take one look at the menu (and prices), and stand right back up. 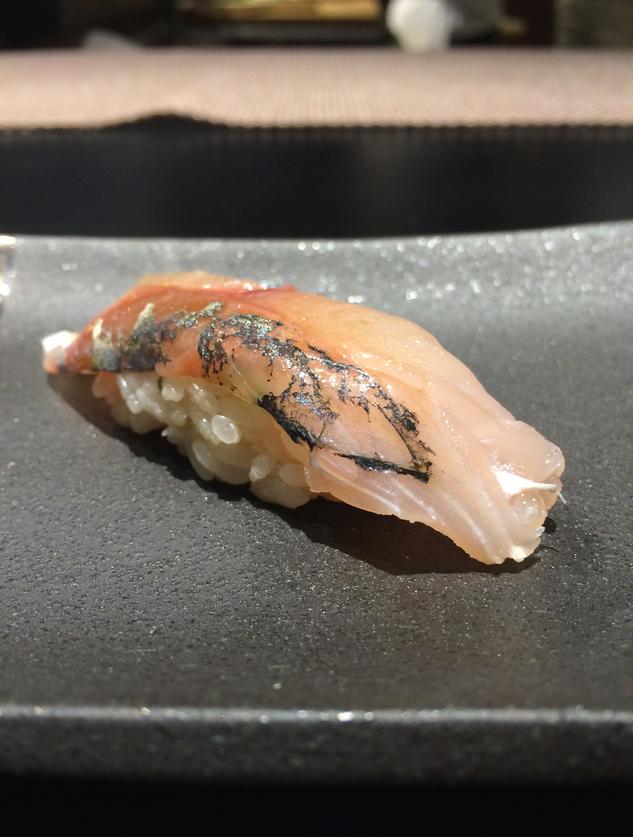 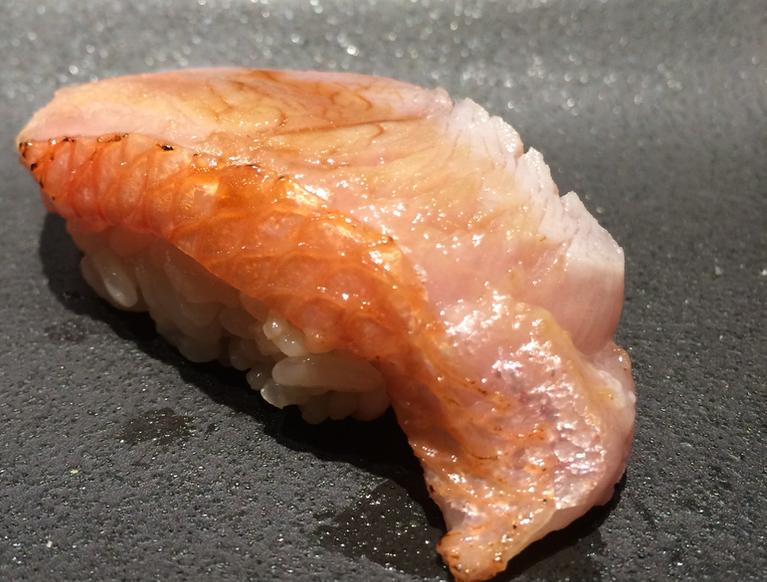 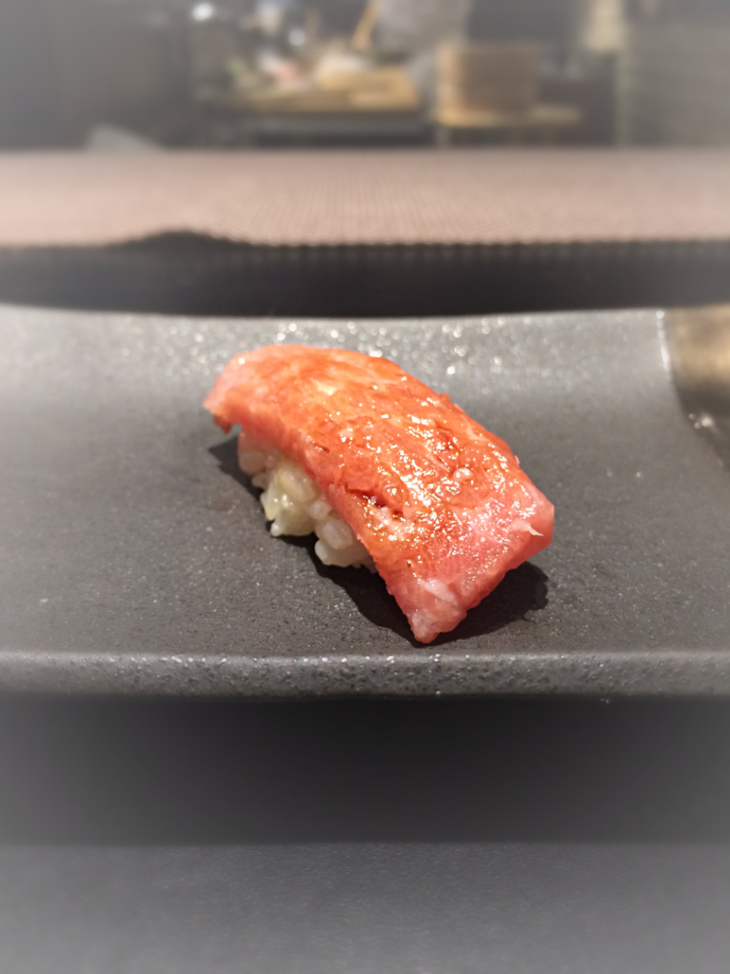 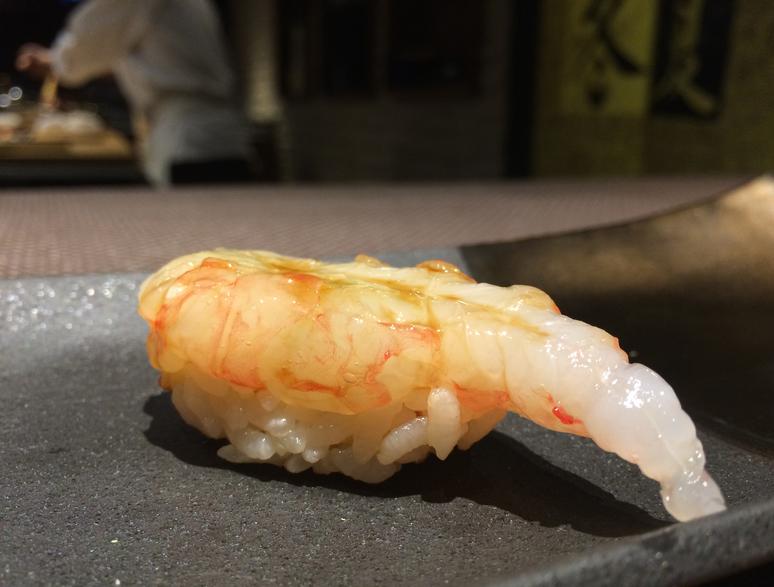 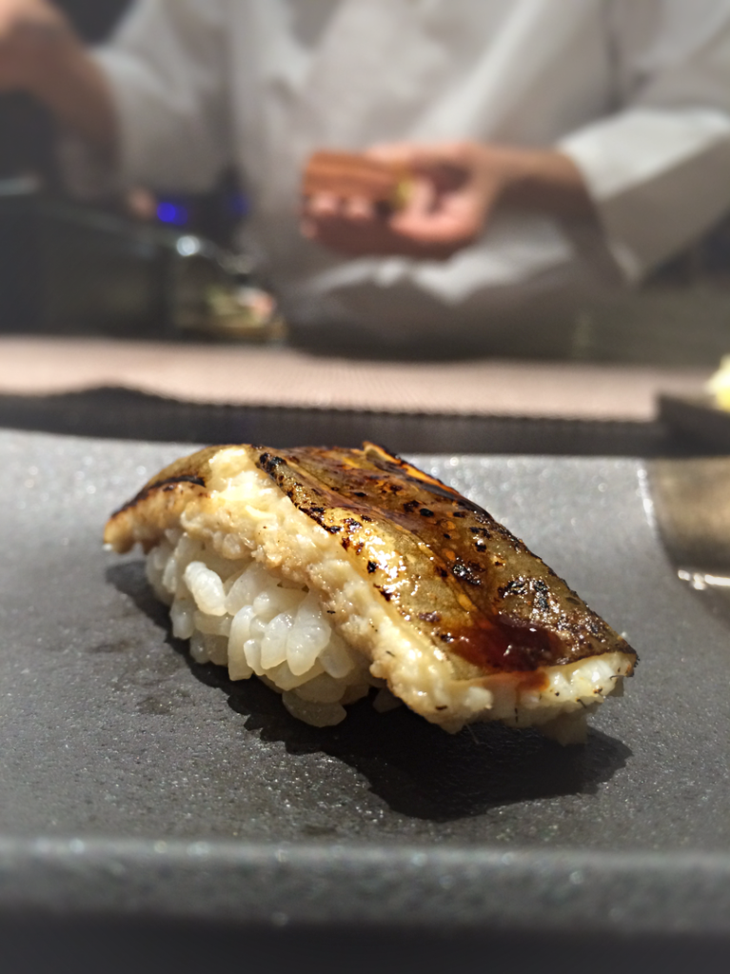 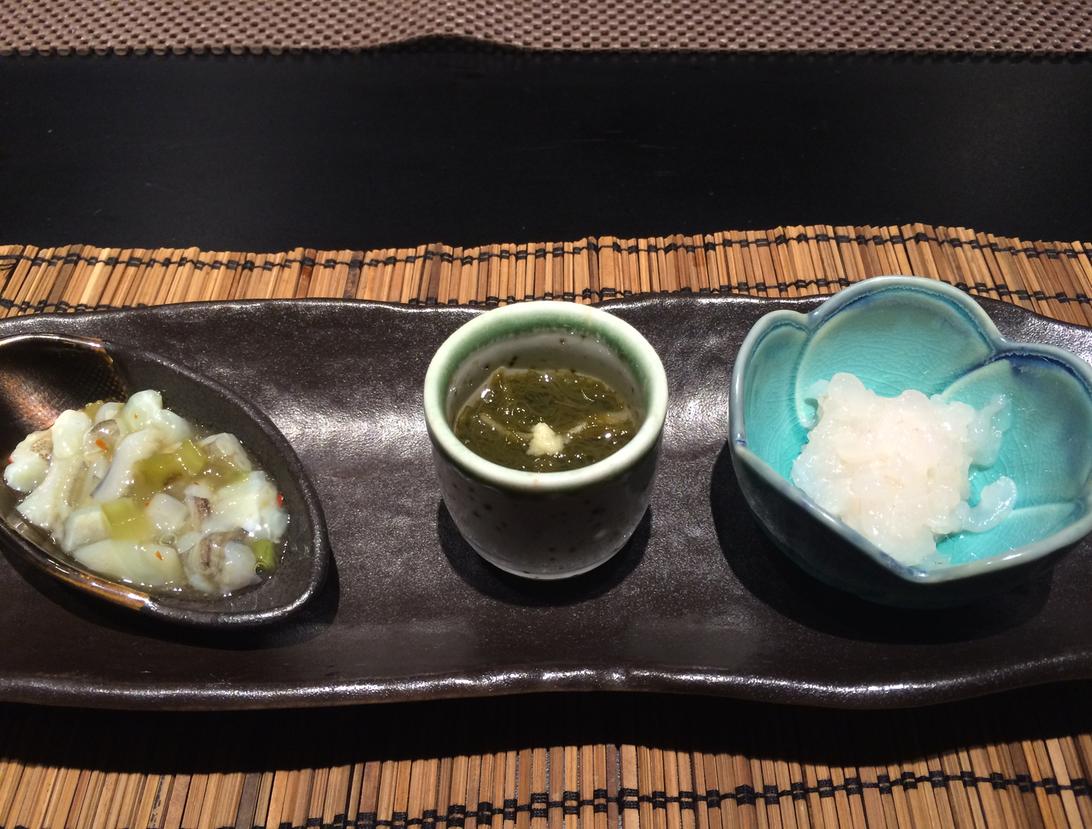