The highlight of our Omakase was the Hotate (Scallop), a unique neta ​with different preparations from sushiya to sushiya. That's because it's naturally more of a muted taste, so adjustments are common, though it actually one of the sweetest of the clam family (the "Clam Family" sounds like a Nickelodeon Show). Sushi Lab serves theirs shiitake mushrooms and shaved truffles.

Another first? Something called Chocolate Bamboo Salt, which you can faintly see on top of the Hamachi (Yellowtail) pictured above.  Hamachi is known for the pink hue, and this slice of Neta did not disappoint. 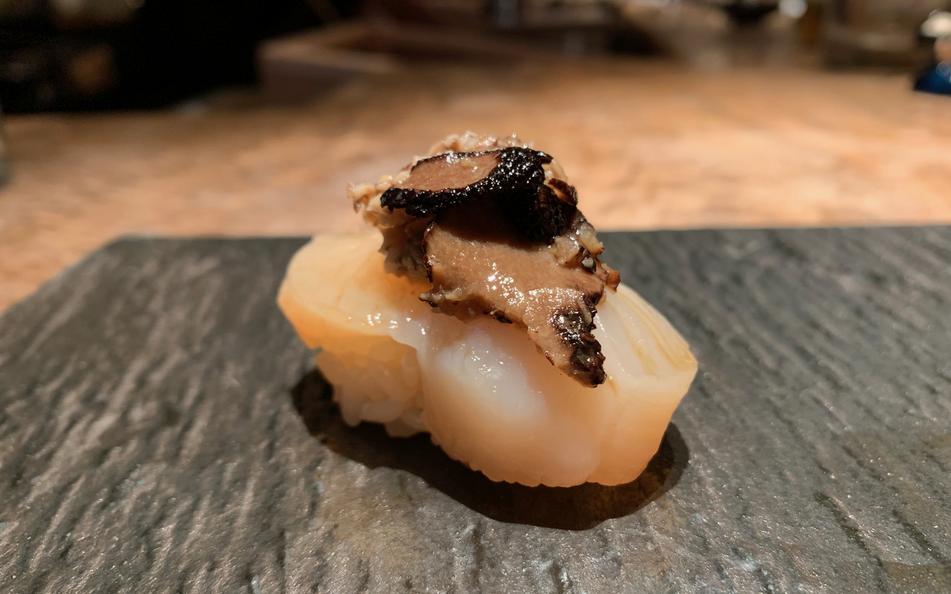 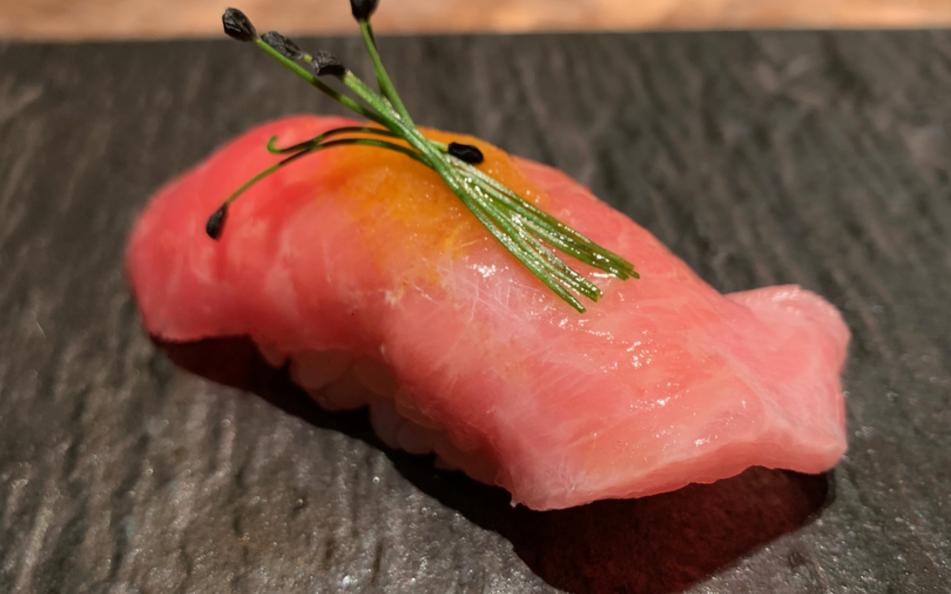 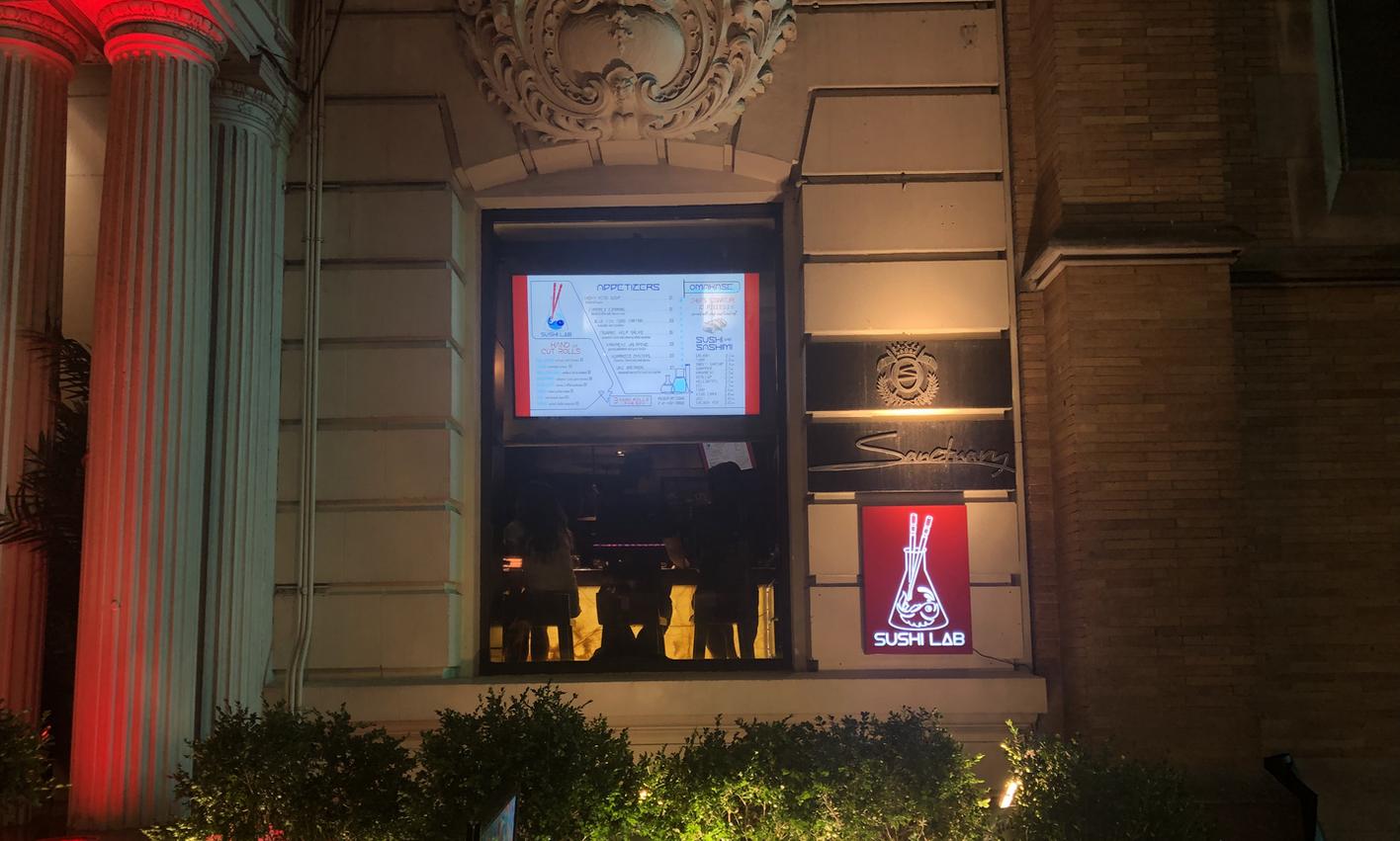 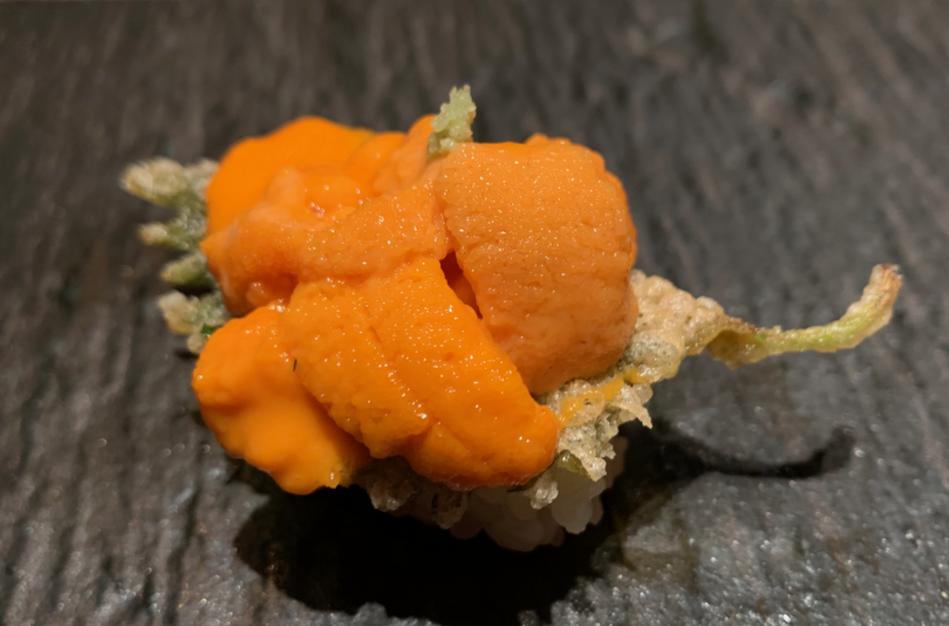 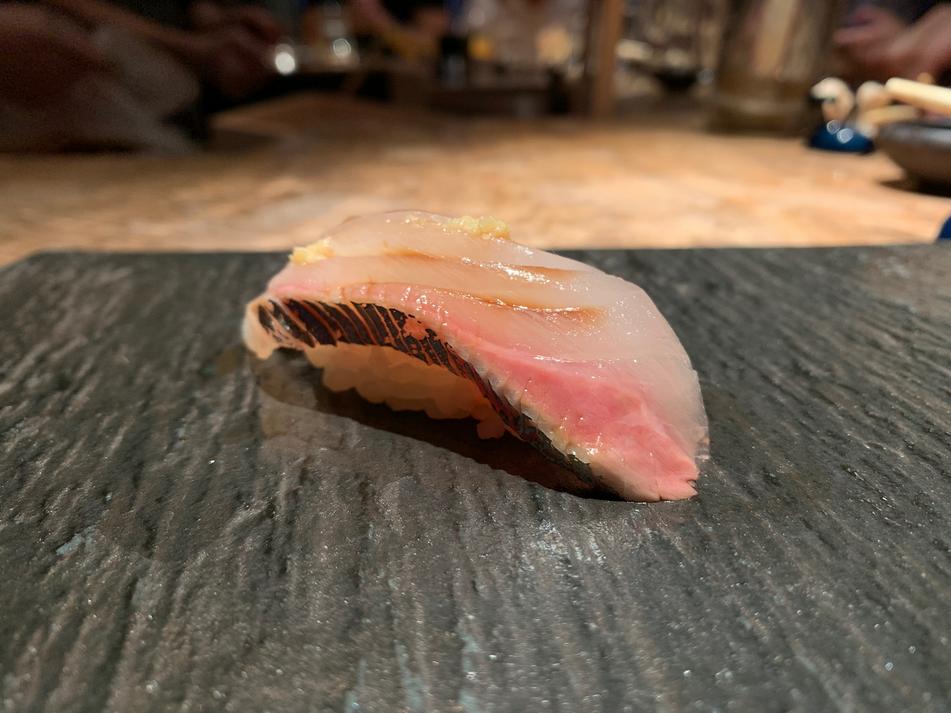 While Sushi Lab​ has a la carte appetizers, sushi, sashimi and makizushi, the main focus of its menu is the $50, 10 ​nigiri ​omakase, which can be supplemented to your heart's content. Each of the nigiri​ served is accompanied by an elevated sauce, additional neta, or both. Take, for example, the Shima Aji, with shoyu soy sauce and finely chopped ginger (pictured above). That - which is one of the simplest options - is one of the reasons Sushi Lab is one of the best omakase options in New York City under $100, which I blogged here.

E very so often, genius entrepreneurs name their business exactly as it is. Smoothie King? King of Smoothies. Untuckit? Shirts for untucking. Greyhound? As reliable a method of transportation as a literal greyhound. Now, put Sushi Lab in that group. The whole point of the enterprise is experimentation. And sure, with the proliferation of sushi into mainstream culture, there’s a zillion of the “what if we did sushi, but modern?” sushiya concepts springing up. But Sushi Lab is an actual Lab, complete with beakers and others tools I would know if I didn’t sleep through science in grade 7.

Somewhat confusingly, the Sushi Lab website isn't exactly "descriptive" or "informative" or "more than two sentences". It's "About Us" page , which says "We provide unique creations on traditional sushi. Serving Omakase, Nigiri, Sashimi, Maki and other Japanese delights.", would fit better on an Instagram caption than the Internet. But above all else, you can certainly call it accurate. While the Sushi Lab Omakase is served nigiri by nigiri like other sushiya​, it's very much a Petri dish for sushi experimentation. I visited its home in Times Square's Sanctuary Hotel, and enjoyed the following:

For a marriage as pure as a mid 90's sitcom (s/o Mad About You), try the creamy, cold Uni with the warm, crispy Shiso Leaf (pictured above).  This combination was a first for me, and that epitomizes what Sushi Lab is - or should be - about.  Just be prepared to wait a few minutes while it's prepared. 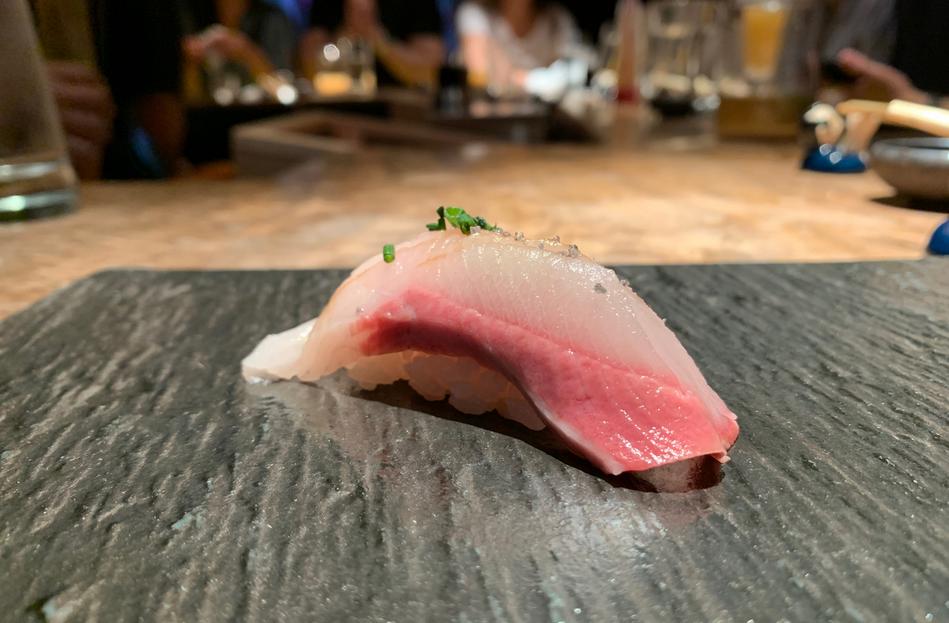