Sushi on Jones is a unique experience in a city increasingly filled with the status quo. 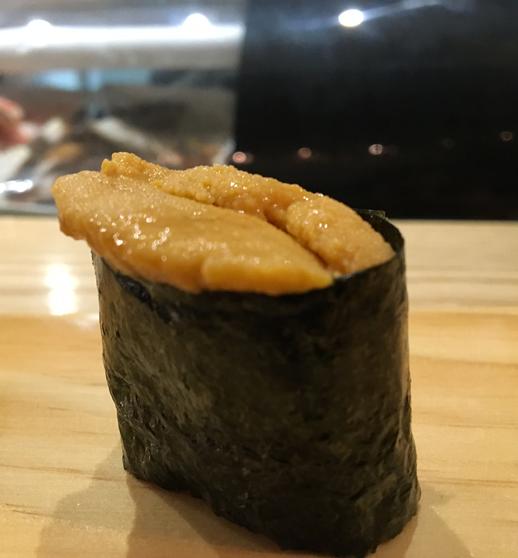 An incredible atmosphere and awesome staff are great and all, but you're not paying $50 to sit outside and talk for 30 minutes. So yes, the food has to deliver. Fortunately for fans of Bouhadana - or sushi addicts in general - the omakase at Sushi on Jones delivers. Understated touches are added to enhance the fish without dominating the taste or appearance; the result are beauties like the like the Uni backpack (that name is all mine), featuring wagyu beef with perfectly creamy Uni on top. I also surmise that you'll enjoy the rice at Sushi on Jones. That's because - on more than one occasion - I noticed Bouhadana cooking rice during the meal. If you've ever had bad sushi before, there's a strong chance that cold rice is the main factor, because the rice becomes hard and dense.

The omakase follows a steady progression throughout the 30 minutes, despite the short timeframe. To wit, standard fare like hamachi (yellowtail) nigiri begins the night, but torched hamachi surfaces later on. Akami (the lean part of the tuna) was dropped onto my plate to rave reviews from my taste buds as the third course. The chu toro - topped with uni and served at the end - was even better, and a great way to end the night. I was most impressed though, with the salmon. I feel badly for not knowing the sushi chef by name, because his cut of the salmon nigiri (see below) was near perfect. Uniform edges throughout, and perfectly layered on the rice. Once he gets more consistent, I assume I won't have much trouble remembering his name. 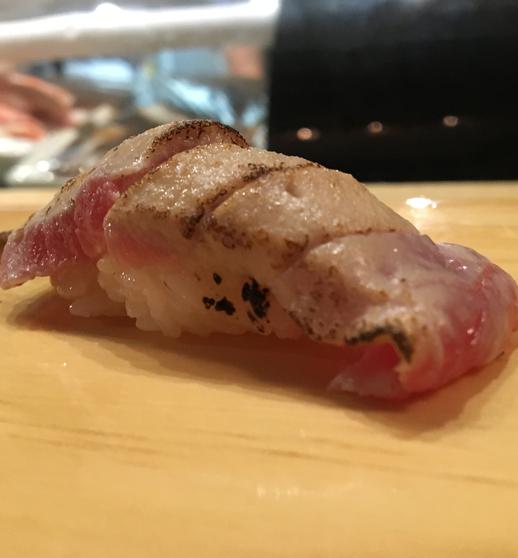 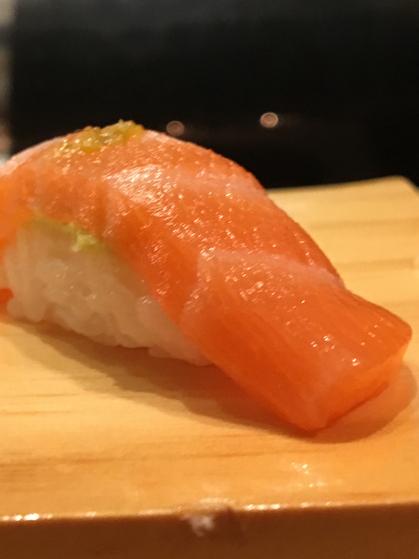 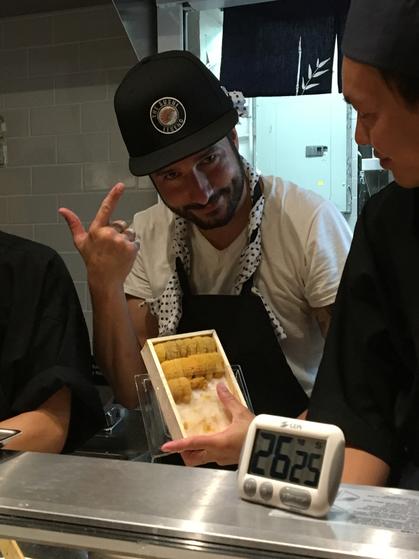 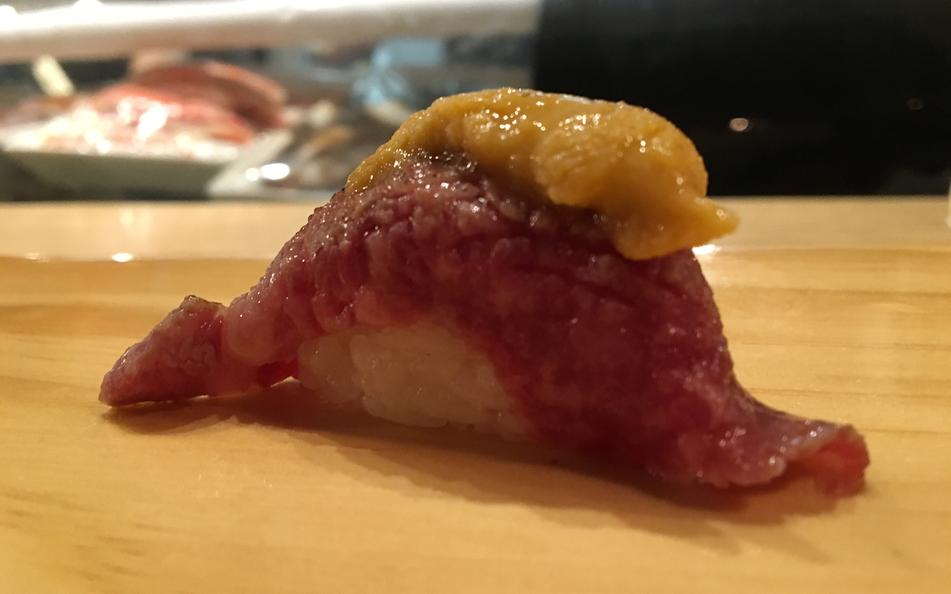 F or those that have read other reviews on TheSushiLegend.com, you'll realize by now that the mark of a good sushi restaurant - or any restaurant really - extends far beyond the quality of the food. A great restaurant starts with the food, sure, but it continues with the experience, with the atmosphere, with the service, and with the ambiance. Do you feel any differently eating your delicious meal at the restaurant rather than if you sat in front of your television, munching away, scrolling through your PVR?Sushi on Jones takes that to philosophy to the next level. A $50 omakase, outside, in 30  minutes, all under the watchful eye of owner/NYC sushi wunderkid David Bouhadana? You're not getting that in your living room.

Bouhadana rose to prominence on the New York City sushi scene at Sushi Dojo, where he became equally well known for his sushi as his customer service.  When I reviewed Sushi Dojo two years ago, I wrote that Bouhadana is "completely different than any sushi chef I've had omakase with before - and that's a good thing". Through many years at Dojo, Chef  David (as he's known on Instagram) became famous for guiding rookies and veterans alike through their sushi journey, not to mention sharing bottles of sake that his customers had brought to him as tribute (s/o Hunger Games). At Sushi on Jones, Bouhadana takes more of a managerial role, watching from behind the bar during service, all the while still conversing with customers in the manner that made him food famous. Sushi on Jones has only 6 seats, which means time is of the essence; Each group turns over every 30 minutes, so if you're looking for a relaxing dinner, Sushi on Jones might not be for you.

It goes without saying that the atmosphere at Sushi on Jones is a key differentiator. One of my favourite sushi experiences from 2015 was Myumi, the outdoor sushi truck in Miami. Sushi on Jones taps into some of what I loved about Myumi: it blends into its surroundings, it's outdoors (duh), it's quick, and its location is inviting and bright in dark surroundings. I can't emphasize the last part enough; below is a picture of the scene, earmarked by lights and the menu (yes, the menu) written in big letters right out front. Sushi on Jones is a communal experience. That's because a funny thing happens when you restrict seating to 4 people and 30 minutes: everyone goes on the journey together. As a single that night (thanks Mrs. Sushi Legend), I conversed heavily with the couple next to me -  and I'd imagine my experience is common. And of course, I'd be remiss if I didn't mention Chef David, who drives everything about the atmosphere, and is a rising star on the NYC food scene. If you're looking for something different - and the weather is accomodating - give Sushi on Jones a try. You won't be disappointed. 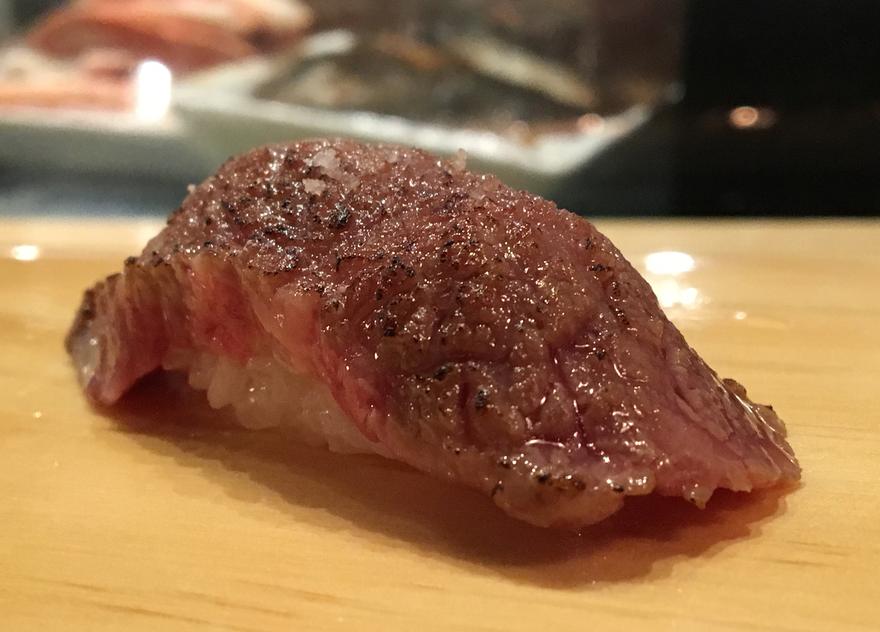 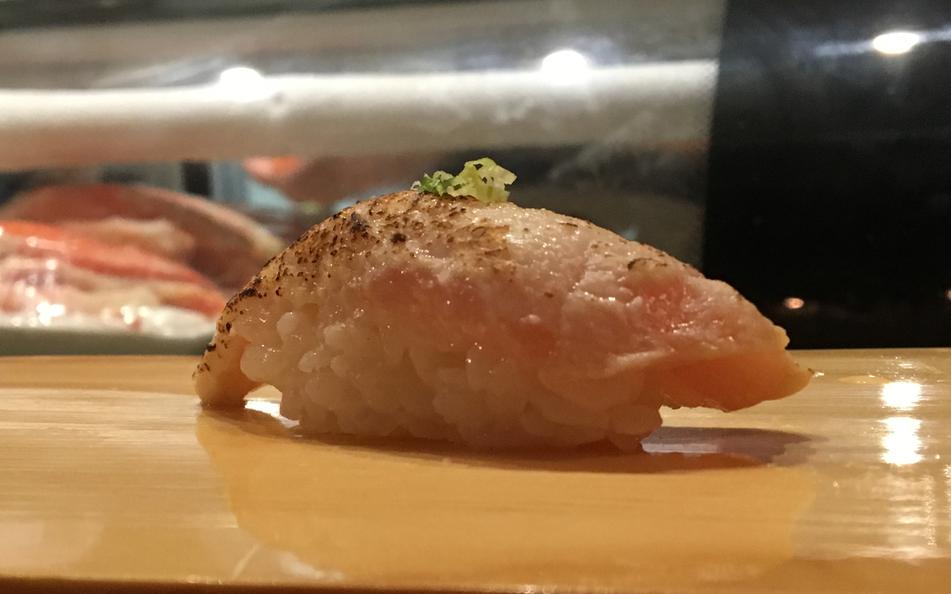