B efore I dive into one of my favourite restaurant experiences from the year of our lord 2017, I want to first share what my mindset was beforehand. Ever flown cross-country sitting next to a toddler? I'm sure it's common, because babies have the right to fly, for some reason. But there's that child sweet spot - scientifically, it's between 10 and 18 months - where these human chihauahas are able to cause havoc without feeling any shame from causing havoc. And I had a kid right in the sweet spot, sitting next to me for 6 hours. This wasn't a Baby Geniuses situation either - there were parents. His mom, right next to him, completely indifferent to him crawling over me and the mrs., watching as he grabbed my hair, poked my face or spilled my tomato juice (an absolute no-no). And in some weird, perverted way, the mom was smart; we ended up asking to be moved, which gave the mom and the kid from "The Omen" the entire row.

So I was desperate for a good restaurant experience. And even more, given that it was Vancouver - the city where sky meets sea, where oceanwise seafood was born - I was desperate for a good sushi experience. Enter: Tetsu Sushi Bar, recommended by Yelp, newly opened in April 2017 by Chef Satoshi Makise. Sure you could be fooled by the Domino's Pizza next door - though Domino's is objectively the best chain pizza. But what shouldn't confuse you is the authenticity, warmth and propitious nature of Tetsu, a true hybrid of of the neighborhood, family joint and the luxe, omakase-focused sushiya. And that's by design. Vancouver's proximity to the ocean belies a city that (anecdotally) has genuine, high-end sushiya than American west-coast cities. In that respect, Tetsu is a bridge for a population that loves its food, but may not yet be used to spending higher prices on sushi.

The result is a high-end omakase, managed by a wunderkid itamae, that is accessible to budgets of all sizes. I've been known to toss around hyperbole, but Tetsu Sushi Bar is delightful and deserves all the accolades that it's going to get. 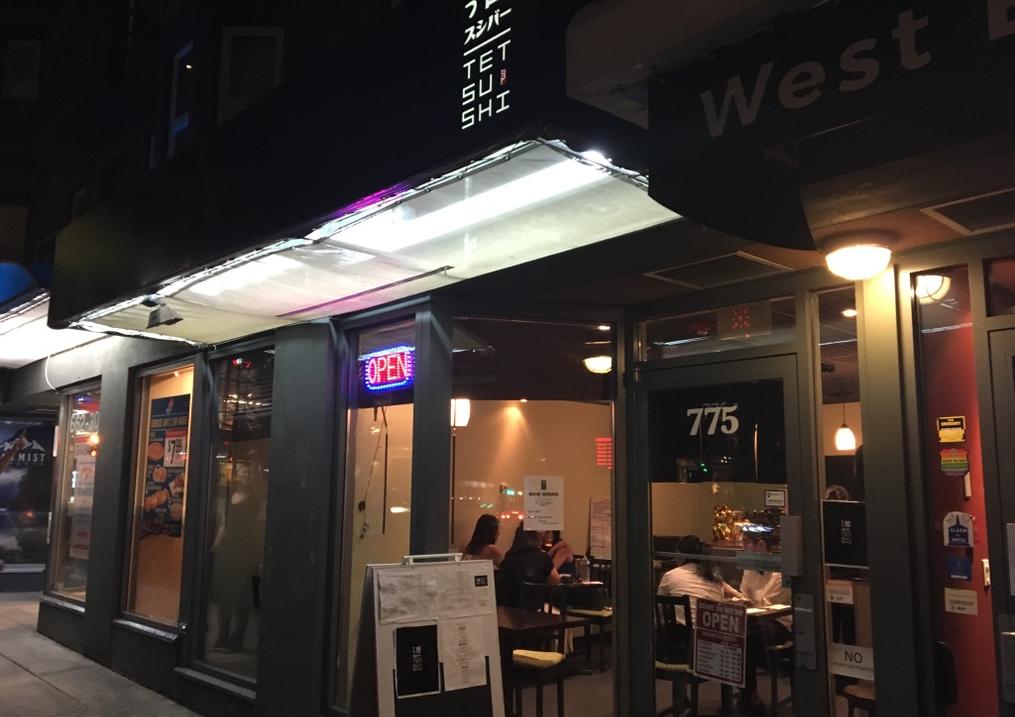 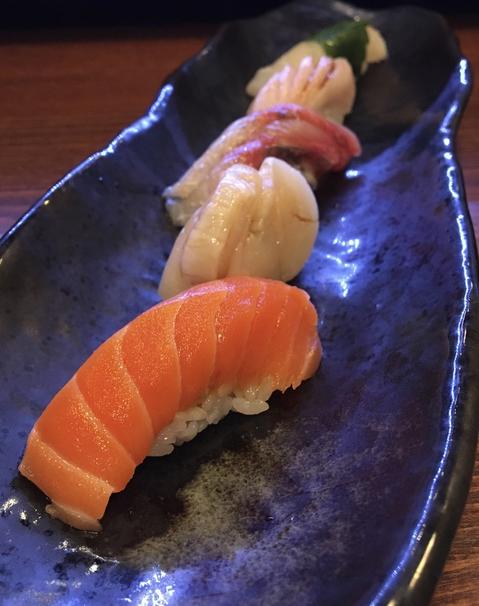 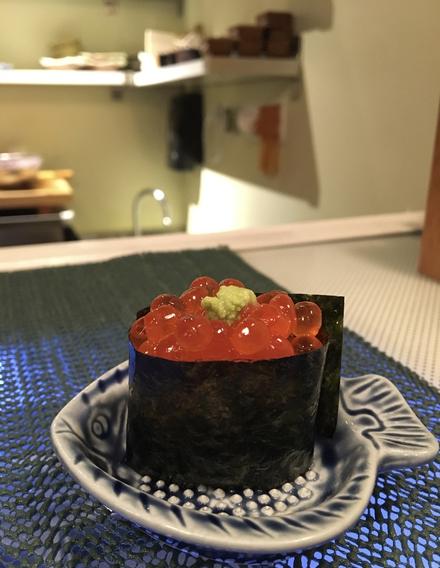 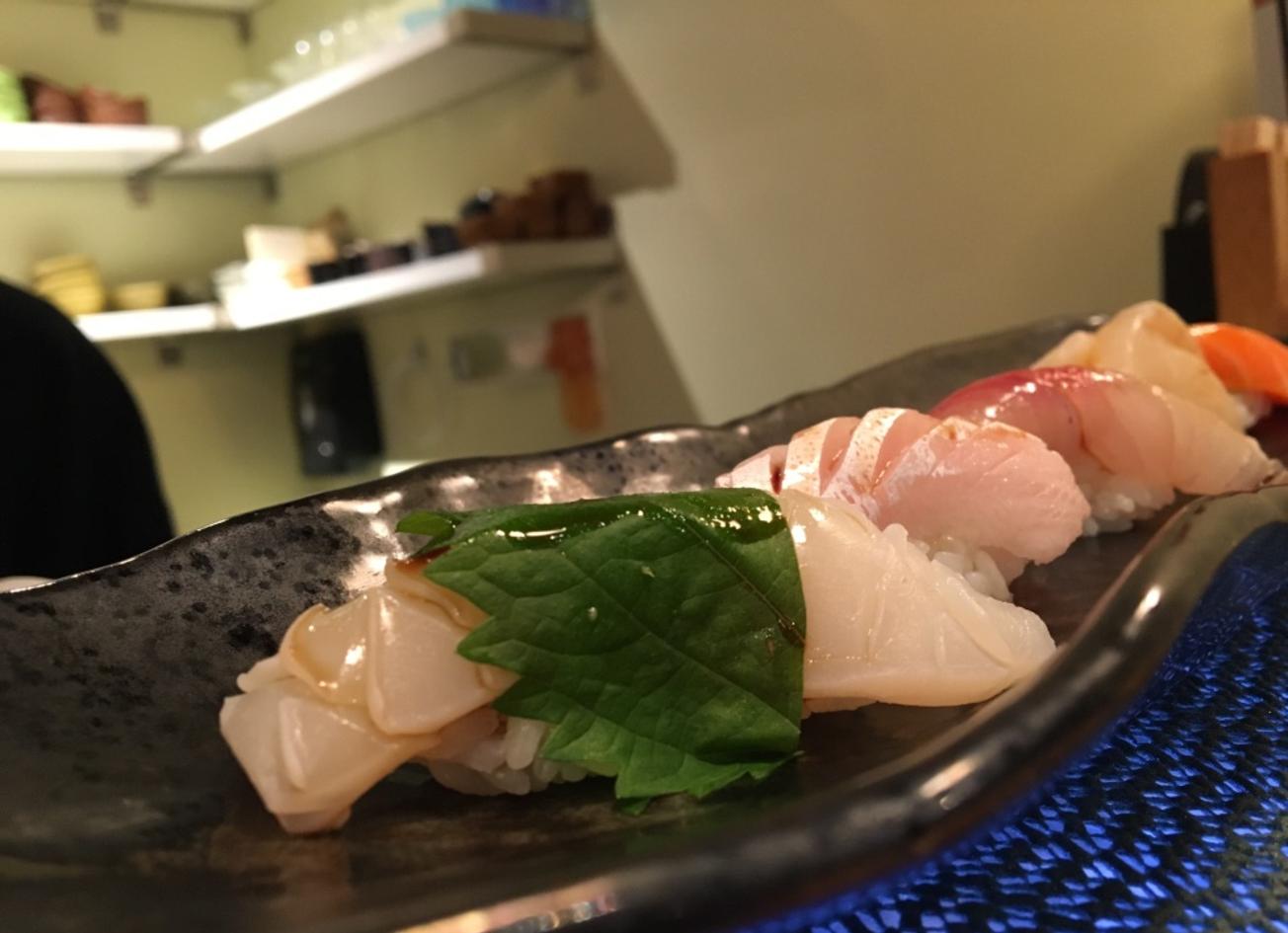 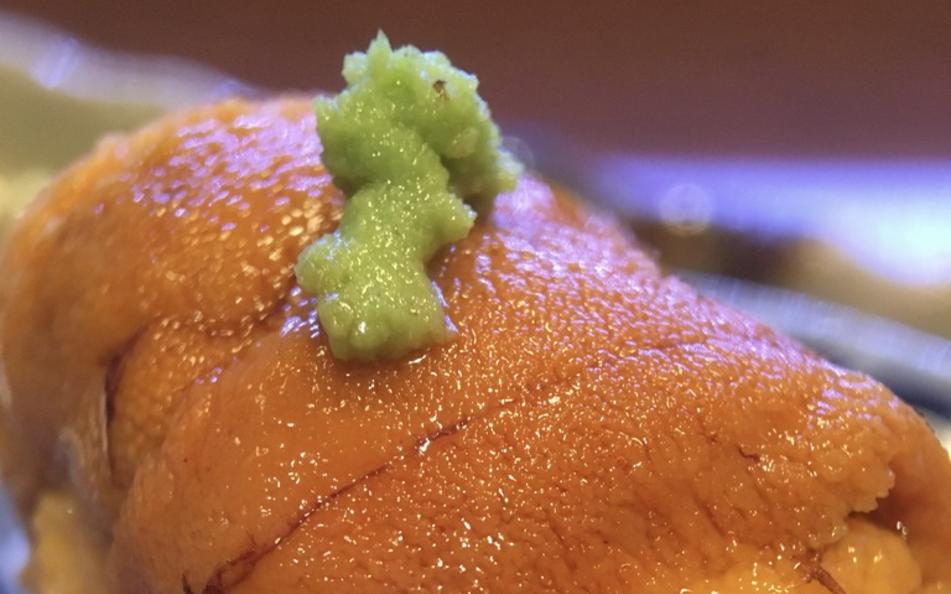 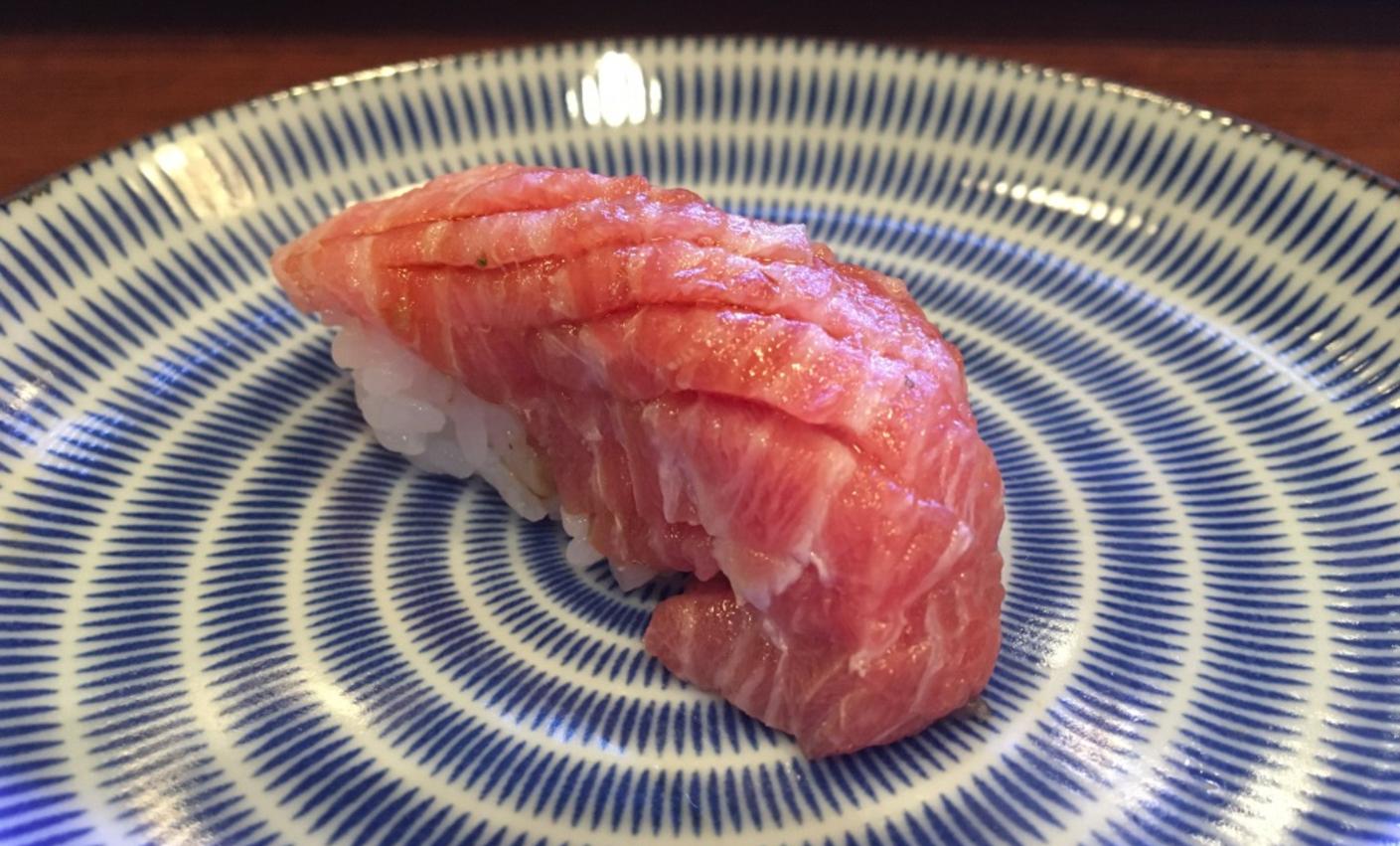 Tetsu Sushi Bar represents Satoshi-san's career to date. Keep in mind that the wunderkid is still young; he grew up in Osaka, moved to Canada and subsequently worked at various restaurants in British Columbia (a province, for you non-Canadians). Tetsu is his first restaurant, and rather than pour capital into building an extravagant temple to excess, Satoshi-san instead focused entirely on one crucial aspect: the sushi. Sort of important. The staff shares his vision and are friendly, informative and helpful to a level beyond "Default Canadian". Again, don't expect an opulent temple, because there ​doesn't need to be - ​you can get that anywhere. What is special about Tetsu is the sushi, which is excellent regardless of whether you're in Vancouver, New York or Satoshi's birthplace of Osaka. I would be surprised if Tetsu stays under the radar for long; it's worth a trip, even if you're next to a devil baby on the way there. 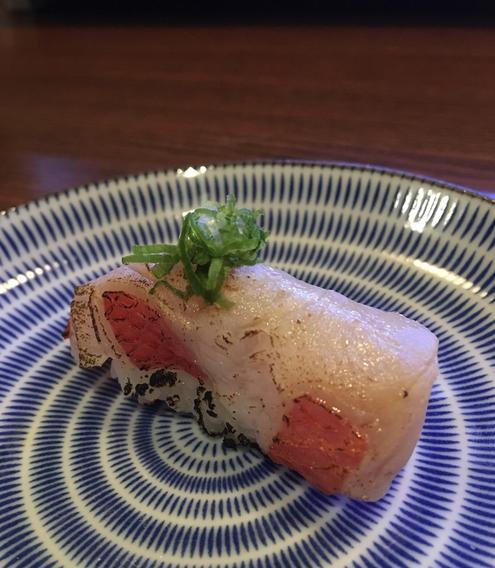 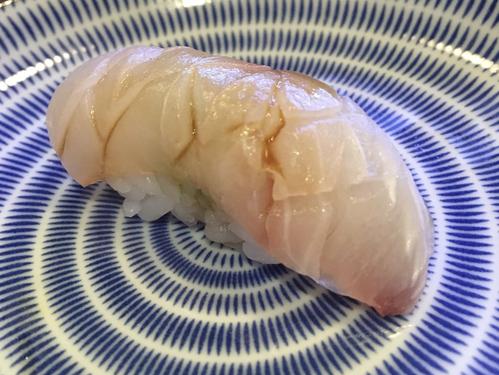 Tetsu's sushi menu changes daily, so in that respect, the fact that it's written on a dry erase board is prettay, prettay, prettay smart. Customers can order by the piece or try one of the combination dishes. Or you can do both, if you - like me - really need a respite from a crying baby. There is an omakase option, but be forewarned: it's served platter style, likely because most customers are sitting at tables instead of the four seat sushi bar. But just because Satoshi-san doesn't drop each piece of nigiri one at a time doesn't make his 10 piece omakase any less impressive. It all comes together; Uni. Sanma (Pacific Saury). Katsuo (Bonito). Boom, boom, boom. This isn't your standard sushi platter. This is a true omakase.

If you spend time like I did creepily staring at Satoshi-San, you'll notice the care he puts into everything. Kinmedai (Golden Eye Snapper). Shima Aji (Striped Jack). Saba (Mackerel). Some fatty, some creamy, some briny, but all perfectly formed to the rice. Of the seven excellent pieces I'm served, none shines like the Kama Toro (pictured at the top of this page). Kama is a slang referring to the jaw (or collar), and it’s supremely, deliciously, unconscionably fatty. I rarely see the delicacy on my sushi jaunts, but it’s absolutely worth trying if you haven’t yet had the chance. It takes real skill to form Kama Toro nigiri properly given that it can collapse from its own fat (check out Sushi Dojo for an example of that). This Kama Toro met all those expectations.

I haven’t yet mentioned the price, because Satoshi-san’s quality can stand at any price point. But for those of you who are, like me, budget woke, Tetsu Sushi Bar will fit squarely in your wheelhouse. The 7 piece omakase (with a seasonal appetizer) is $40 CAD (~$30 USD). In fact, the relatively smaller size of the omakase allowed me to order some of the daily specials. Hamachi Toro. Kanpachi, aged 10 days. Scallop. All excellent, and all indicative of the range of an itamae that can step outside his omakase and nail everything else on the menu.​ It's appropriate that Tetsu's nigiri is accompanied by a spiral plate, because the omakase was splendidly hypnotic. 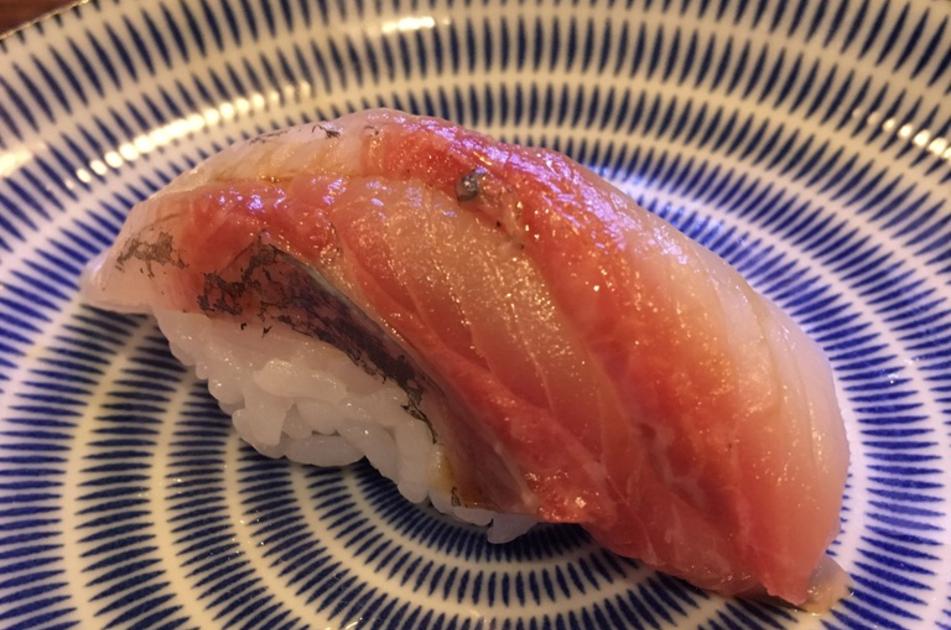 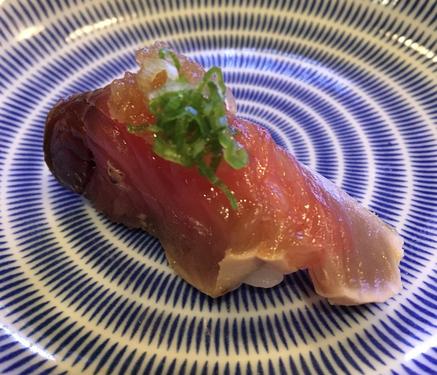