For a restaurant with a clientele skewing more "neighbourhood resident"than "tourist", I was surprised how sterile the space itself was. If you look at the picture below, you'll see people  crammed in front of a sushi bar being presided over by sushi chefs crammed behind the sushi bar. Right behind those lucky patrons is a series of tables, yep, crammed together. The congestion makes it difficult for waiters to do their jobs, though it's worth noting how helpful most were. But if you're looking for a sushi restaurant with character - or with any charm - look elsewhere. And that's disappointing, because I had heard such amazing things about Ushiwakamaru when it was located in SoHo. But after my visit, I would say it's fair to question if the excellent restaurant experience got lost in the move. 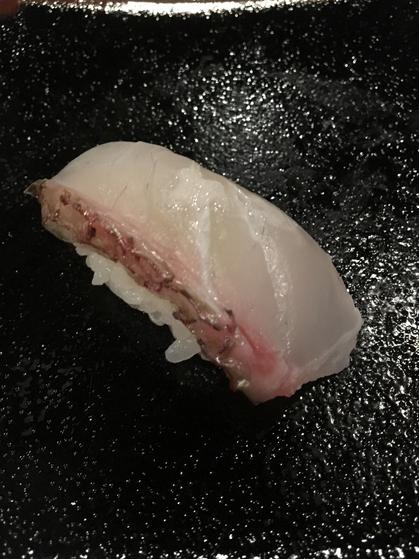 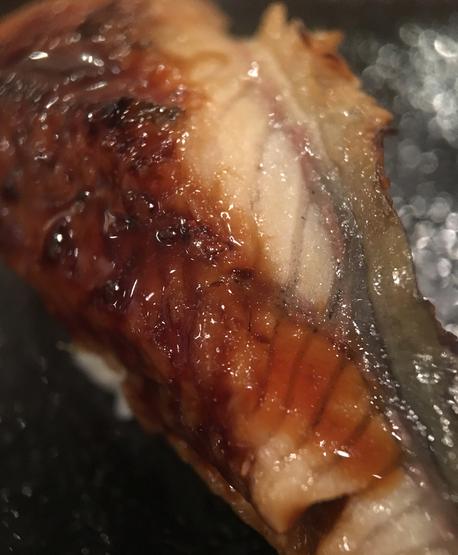 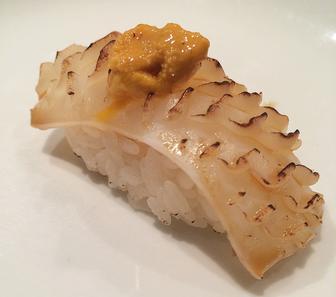 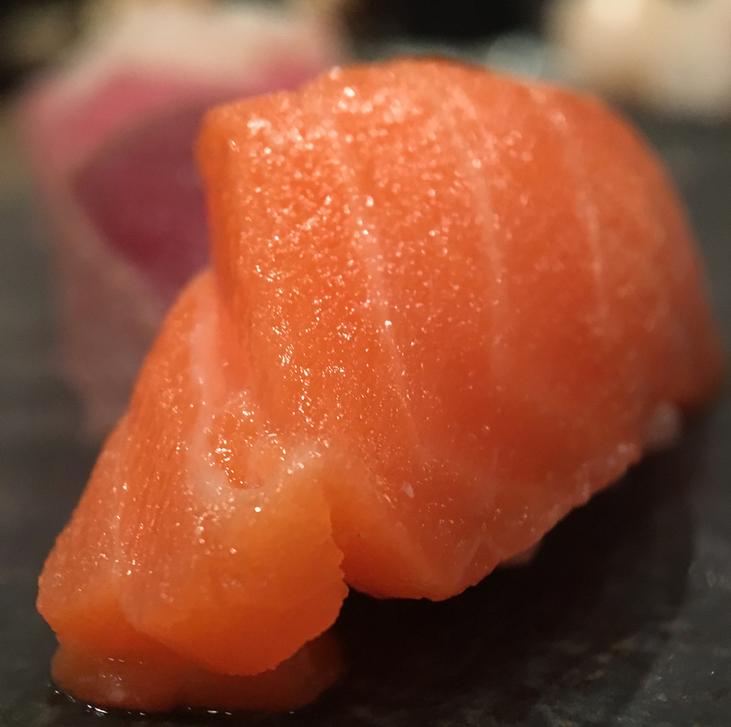 Ushiwakamaru is a disappointing experience in a city with many other sushi restaurants worth trying.

If you live in New York City, you've likely heard of Ushiwakamaru. It falls in the same class as other NYC neighbourhood staples like Sushi of Gari and Sushi Seki, in a group of boring, steady golfish in a sea of flashy dolphins. Ushiwakamaru - which in English loosely translates to "overrated sushi joint" - gained a cult following in Manhattan at it's original location on West Houston Street, right at the northern tip of SoHo. Loyalists come for the fancy setting, supposedly great sushi, and family inclusive atmosphere. Part of the benefit of the recent move to Chelsea has been the increased space - the sushi bar now comfortably sits 12-15, and there is room for at least a dozen tables. That increased space is great for families and large groups, but for a lone sushi blogger trying to fly under the radar, it's not exactly ideal.

The problem with Ushiwakamaru became evident even before I started eating. The space itself is congested, and when it's busy - like it was when I was there - it basically feels like a fancier version of a cafeteria. To wit: the sushi bar is long and wooden with excellent lighting, but it's adjacent to a dimly lit table area. If you're like me, you expect your sushi bar to be somewhat secluded, or at the very least, a few feet of space away from the tables. And about those tables - oh, where to start. Perhaps I could mention the disappointing lack of charm. Or maybe I'll start with the disappearing service. No, I'd rather start with the ridiculous "omakase" option. If you're sitting at the sushi bar, it's required and served piece by piece, which is standard. But it's also a suggested option if you're sitting at a table. And look, I understand that Omakase doesn't necessarily mean "serve me piece by piece". But I am pretty sure it doesn't mean give me two platters of sushi, a couple of appetizers and a dessert in exchange for $130. Good thing I'm smart enough to just order two platters of sushi, a couple of appetizers and some sake - and it cost me almost half. 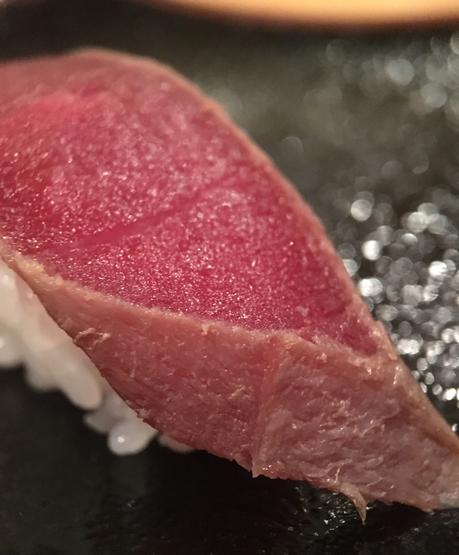 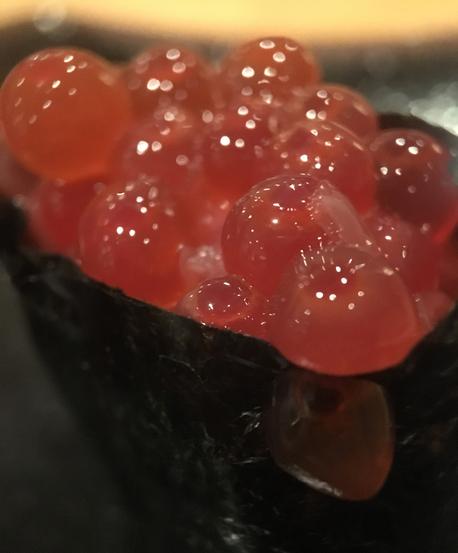 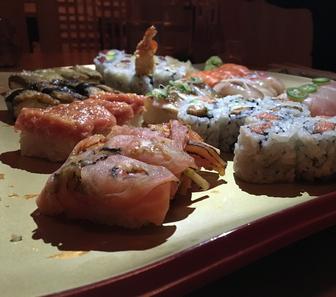 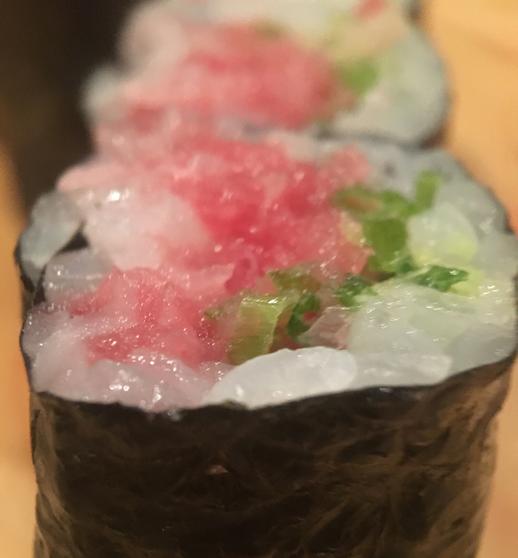 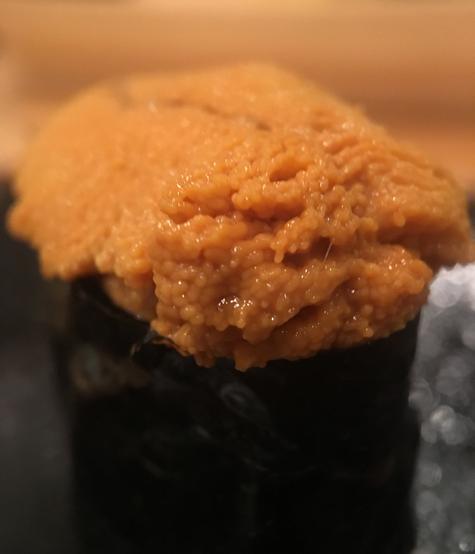 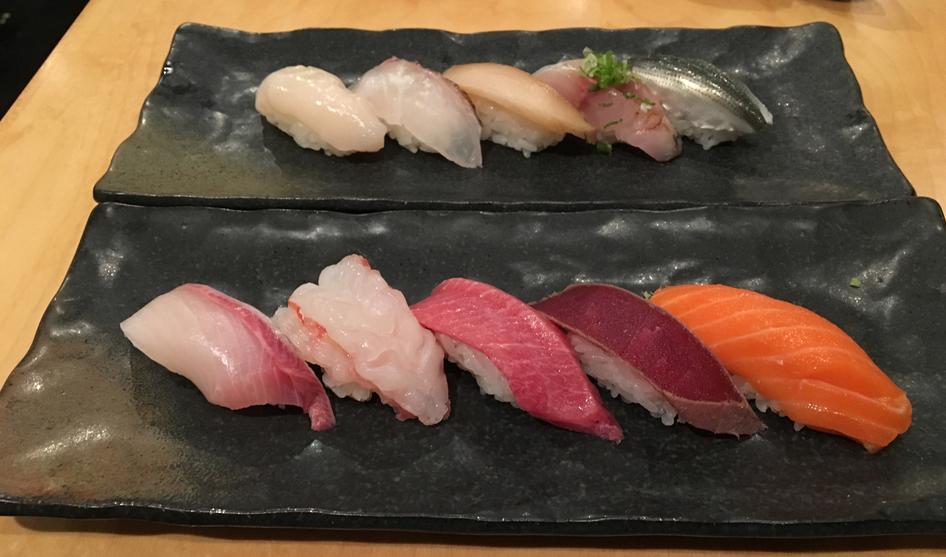 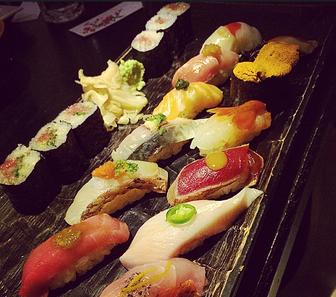 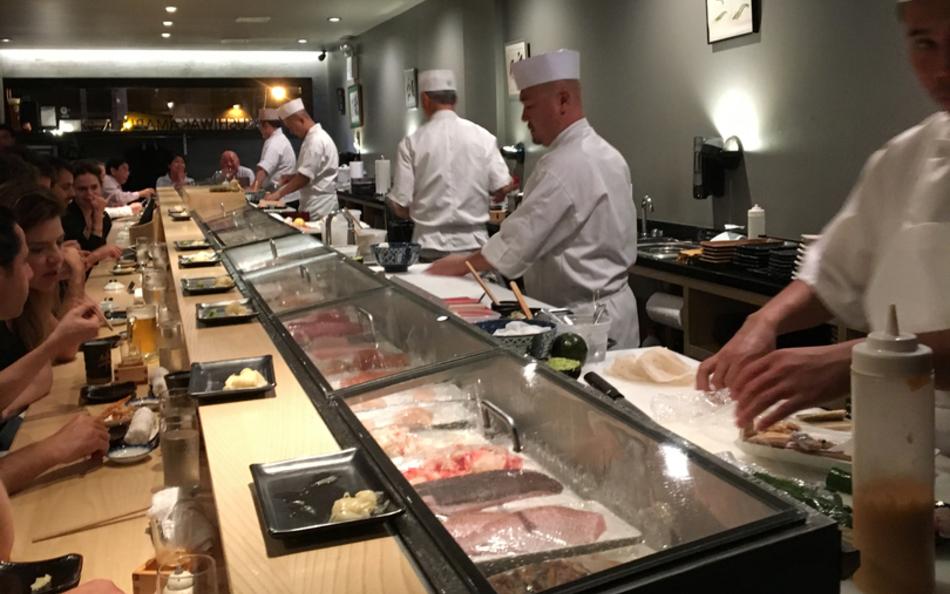 Being smart about my ordering certainly saved this review from being a "burn this entire place to the ground" but it unfortunately didn't save my meal. If you're interested in this sort of thing, I ordered the sushi special, which is priced at $34 and includes 10 pieces of nigiri, 3 pieces of negitoro and soup. The sushi is served separately on two platters, and to be fair, the fish included isn't half-bad. Ikura, Botan Ebi and Uni were some of the selections (see pictures below), and each certainly met my expectations for freshness and quality. But because I'm a growing adult, I also ordered a la carte nigiri, which led to one of the clearest signs of a sub-par sushi restaurant five minutes later: "Excuse me sir...I know you ordered the orange clam, but unfortunately we do not have that tonight". Listen, I know how difficult fish sourcing can be, and that not every kind of fish on a menu can be available every day. Taking Ushiwakamaru at face value (that orange clam wasn't available that day and not that they just don't order it), at the very least I'd expect the staff to be made aware of that type of information in advance.

​Apart from the quality of the rice (think glued kernels of styrofoam), it didn't exactly help matters that I was served my two platters of sushi 45 minutes apart. Though the staff was certainly apologetic, unfortunately there was not much they could do about the enjoyment of my meal. For example, the Aji (Horse Mackerel) was chewy, as was the katsuo (bonito) and sake (salmon). I expected better.