So here's the thing about Yuba....the sushi is good, but they probably should get their act together... 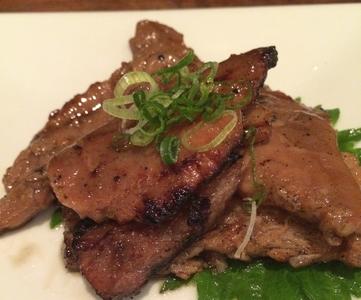 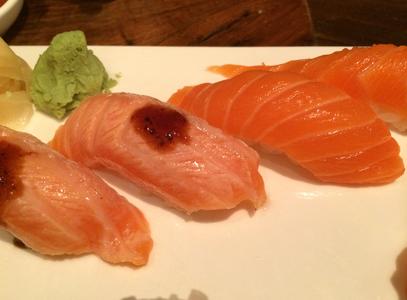 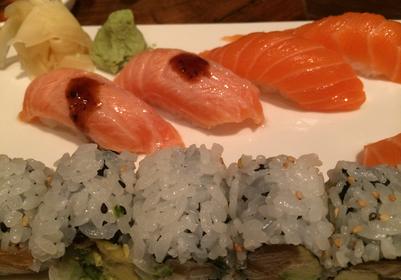 The biggest mistake people make is asking me what my favourite sushi restaurant is, and then assuming that my answer is just about the food. These days, good food  is everywhere (well maybe not in Mansfield, Texas). If consumers are going to be spending a lot of money on dinner, they also want an experience. They want good service​.

Yuba is located conveniently in Union Square, on 10th street just east of 4th avenue. If you're from out of town, you might know Union Square as the place that all your New York friends tell you that you should be staying in. If you're a local, Union Square is the place that's convenient to almost every subway line. Regardless, there's not much of an excuse - once their service improves - for anyone to not be trying Yuba.

So let's stop dancing around the issue - "Soosh (as my friends call me), what's so bad about the service?" Well for starters (no pun intended), do you see that delicious salmon plate to the right? The one with two pieces of Salmon belly (no, it's not called Salmon toro) on the left, and two pieces of salmon nigiri on the right? That came out 25 minutes into our meal - and that was still before the miso soup was served. Perhaps they were making all of the miso soup - including the bowl itself - from scratch.

That said, the food was phenomenal. The salmon belly was briefly torched, but lost none of its flavor. The maki was uniform, and the regular salmon nigiri was some of the best quality I've had in a while (look to the above right picture for an indication of quality marbling. Surprisingly, the cooked dishes more than held their own (minus the hamachi kama...err, incident, I touched on before). Check out the cooked toro to the right. Tuna can become chewy when cooked, but the sauce and the thin cuts were expertly done to mitigate that risk.

As mentioned, the Atmosphere was nothing special, but that tends to be an easier problem to fix than food issues. Judging by how empty the restaurant was during the week, I can't be the only one who has yet to fully warm to Yuba. But the potential is certainly there, so here's hoping that they make the adjustments. Union Square can certainly use it. 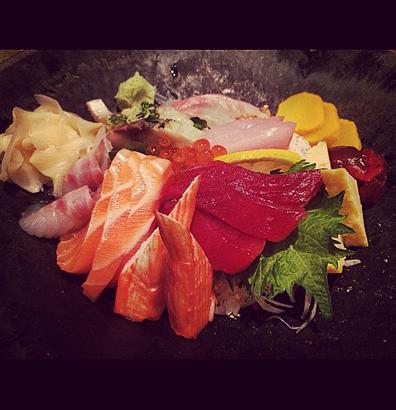