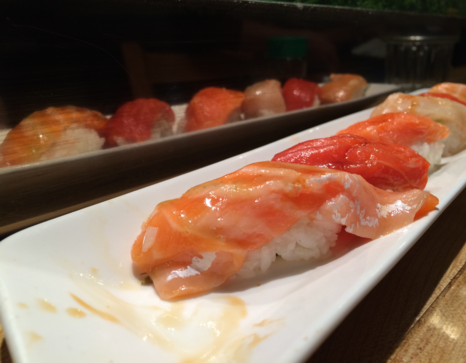 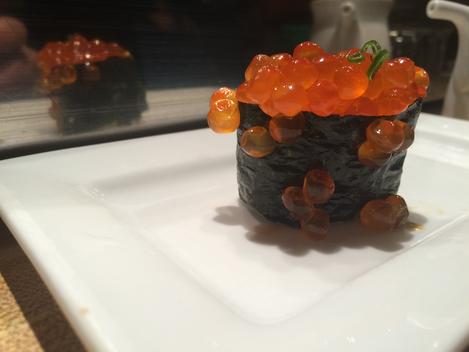 So here's the thing about Zushi Puzzle...it's probably not the best place for a first date. 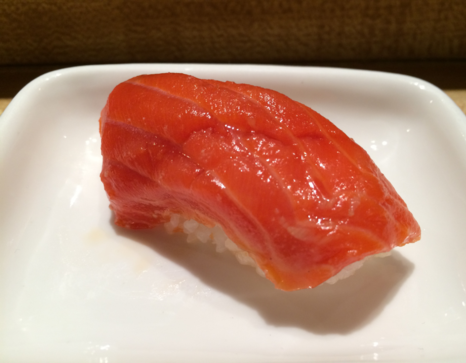 Chef Roger doesn’t own Zushi Puzzle, but he may as well be called the owner. If you’ve visited the restaurant over which he presides at any point over the past number of years, he is as much a part of the scene as the flies that buzz around behind him. The fish bar that sits in front of Chef Roger might as well be an extension of himself; he knows everything, but most importantly, he commands everything. Chef Roger has opinions, he knows quite a lot about sushi, and that combination means that I would recommend not planning on having any significant conversations with whoever you’re eating with.

Does that make Zushi Puzzle a bad experience though? The answer is no – and actually, far from it. One of the real benefits to making the trek to the Marina district is the variety of fish on display in front of Chef Roger, each of which has a unique story, and none of which any visitor should be intimidated by; Chef will have no problem recommending something (or somethings), just as long as you keep your ego checked.

Variety can have a variety of connotations (see what I did there?), but in sushi, it’s critical for ensuring a comprehensive meal. Though Mrs. Sushi Legend and I did not get the omakase, we ordered a la carte in a way that made sense from a flow perspective (I just made that phrase up). Case in point: the salmon flight that we ordered on the right. It’s not often that you can have 6 unique types of salmon at once; the tastes are different, while at the same time retaining that familiar pure, fatty and robust taste that has made salmon so popular. A word to the wise for the adventure seekers out there: I got Sockeye Salmon as part of the flight, but I immediately regretted it. Not only is the chewy texture not so conducive to raw fish, biut I’m not so sure that it should even be eaten raw. I actually got sick that night – a first for The Sushi Legend. Maybe I’m getting soft in my old age.

The main room at Zushi Puzzle reminds me a bit of an old-style Chinese restaurant, with high ceilings, expansive spaces, and attentive servers. The night I visited happened to be the clinching game of the Warriors-Cavaliers NBA finals; that meant small crowds, as all the San Franciscans pretending to be Warriors fans were otherwise occupied. The back room is reserved for the sushi bar, and as usual, I recommend it if it fits with your situation.

Zushi Puzzle won’t blow you away; let’s get that fact (or opinion) out there right now. But Chef Roger knows his fish, and as a result, the options for the more adventurous restaurant-goers of you all are numerous. 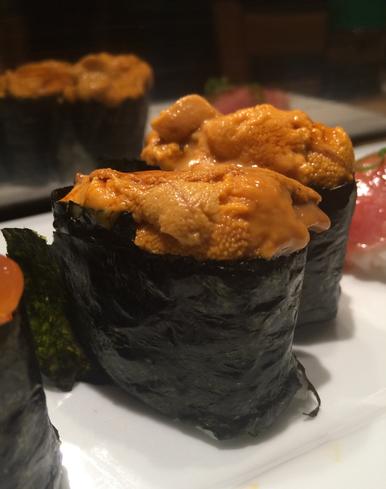